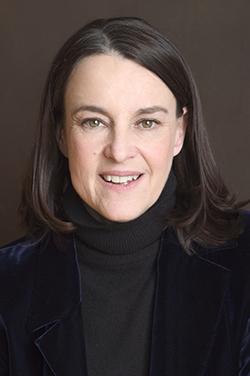 If you ever win a McKnight Distinguished Artist Award, don’t expect the usual phone call. McKnight might toy with you before breaking the news. For composer Libby Larsen, the 2016 honoree, the foundation worked in cahoots with American Composers Forum President and CEO John Nuechterlein and famed choral conductor Dale Warland to fake a morning meeting with Larsen at the ACF offices in Landmark Center.

“We had just started talking when Vickie Benson from McKnight and another member of the staff barged in,” Larsen said by phone late last week. “That’s not the way Vickie Benson behaves. She said to John, ‘I have to finish making that video, and I need to do it right now,’ and they started videotaping weird things in the office.

“I was moving my chair around to make room for them, and Vickie came up behind me and put a letter on the table in front of me. My first thought was to move it over so she could use it. But she said, ‘You should read it.’ So I did.

“I’m not usually a speechless kind of person, but I couldn’t take it in, and I kept saying ‘Really? Me?’ It took about a week to truly understand that it was real.”

Minnesota’s top cultural prize, the Distinguished Artist Award recognizes artists who have chosen to make their lives and careers here, enriching our state with their creativity and their art. The award, which has a $50,000 purse, has been given each year since 1998. The first winner was composer Dominick Argento, who was Larsen’s teacher at the University of Minnesota. (Warland won in 2001.) The complete list of winners is a Who’s Who of individuals who have shaped our cultural landscape.

Born in Wilmington, Delaware, Larsen moved with her family to Minneapolis when she was 3. She attended Christ the King school (now Carondelet) in southwest Minneapolis (where she learned Gregorian chant from the nuns), then Southwest High School and the U, where she earned her B.A., Master’s degree and Ph.D. in theory and composition. In 1973, with fellow student Stephen Paulus, she co-founded the Minnesota Composers Forum, now the American Composers Forum, a national force in supporting living composers and new music.

Prolific, accomplished, in demand and a trailblazer in a male-dominated field, Larsen has composed more than 500 major works from songs to operas, intimate chamber music to symphonies. The first female composer-in-residence with a major orchestra, she premiered her first symphony, “Water Music” (1985), with the Minnesota Orchestra under the direction of Sir Neville Marriner. Her compositions have drawn from a broad and eclectic range of influences, from Mary Shelley’s “Frankenstein” to the letters of Calamity Jane, from poets to preachers and auctioneers.

Larsen’s many prior awards include a 1993 Grammy, a Peabody Medal (2010), and a Lifetime Achievement Award from the American Academy of Arts and Letters (2000). She is currently the artistic director of the Virginia Arts Festival’s John Duffy Institute for New Opera – in her words, “indie opera.”

Larsen remembers the moment when she knew she would be a composer.

“It was the summer between junior and senior year in high school, and I was looking around for something to occupy my time. There was something called the Twin Cities Institute for Talented Youth” – now the Minnesota Institute for Talented Youth – “which was basically a bunch of high school teachers who taught classes in what they loved. I wanted to study economics, but I got my second choice, music.” 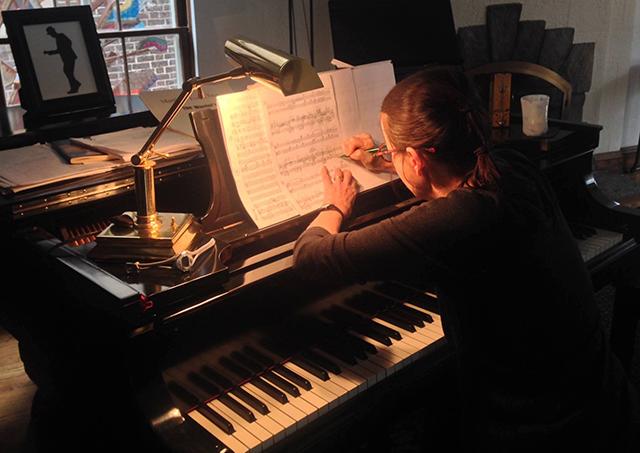 Her teacher was legendary Washburn High choir and band director William Lydell; the two are still friends. “He was basically teaching music theory. I remember perfectly the day we studied something called the spiral of fifths. I felt like a flower was blooming. Not only did I understand it, I felt like I could live within it. I have never experienced anything more beautiful, and I knew that if I could live in that world – the world where whatever is in the air is available to be made into music, because of the natural physics of the world – then that’s what I wanted to do for the rest of my life.”

For those who don’t know her music, what does she recommend listening to as a way in? Straight from the composer, here’s a Libby Larsen playlist:

“My first symphony, called ‘Symphony: Water Music.’ It’s about what it’s like to live near water, something we Minnesotans do. It’s a reflection of how we are with water. … And ‘Holy Roller.’ It’s a revivalist preacher’s sermon, only with saxophone and piano. … I write a lot of art songs, and one that’s done a lot is ‘Try Me, Good King: Last Words of the Wives of Henry VIII,’ for soprano and piano. The queens get to speak for themselves. … Then there’s a new piece. It’s very short, so the pain won’t last too long. It’s for string quartet and it’s called ‘Sorrow Song and Jubilee,’ and it’s a little study of Dvorak in America. … I also write choral music, so how about ‘The Settling Years’? That’s for chorus and instruments, a woodwind quartet and piano. It’s a setting of pioneer text, people who were and still are discovering American English, as opposed to Northeast academic English.”

Does she have any advice for young composers today?

“I do,” she said without hesitation. “I would say train your ears to hear everything, and hear it live. Keep your mind active and curious and your body in good shape; it takes a lot of stamina to do what I do. And listen to your own thoughts.” Then she hesitated, briefly: “Does that make sense?”

What is she working on now? “I just finished a big piece for solo violin and orchestra called ‘Dancing Man Rhapsody.’ It was commissioned by four orchestras in California. And I’m working with Cantus and the Guthrie toward a production of ‘Romeo and Juliet,’ which is Cantus’ take on Shakespeare’s play. We’ve been in workshop for about a year, and we’re looking to produce the piece at the Guthrie in the 2017-18 season.” It hasn’t been officially announced, so this is a Cantus scoop, but they gave Larsen the go-ahead to mention it.

What are Larsen’s plans for her McKnight money? Nothing firm yet – it’s all still too new – but “I’m thinking about the thing that I always think about: How can I do the work that I’m passionate about, but more than that, how can I help others do their passionate work?” Meanwhile, she said, “I’m thrilled. … It’s a wonderful feeling to be honored in the community that you love. It’s quite an honor.”