Explaining Tord Gustavsen’s latest album is complicated. Listening is celestial. Hearing it live is “a transforming experience,” according to a British music writer. That’s something we’ll have just one chance to do, Friday night in Minneapolis, when the celebrated Norwegian pianist brings his new trio to the Norwegian Lutheran Memorial Church (Mindekirken).

Gustavsen calls himself a jazz pianist. Jazz is played all over the world, and it picks up the rhythms, colors and flavors of wherever it goes. Scandinavian jazz leans toward spacious and spare, meditative and minimalist. Among his influences, Gustavsen lists Norwegian folk music, Caribbean music, the blues, Ravel, Debussy, Bach and “the whole history of American jazz.” And the traditional Norwegian Lutheran hymns he grew up singing and playing in church. He considers those his “standards.”

In the mid-2000s, Gustavsen wrote music for poems by the 13th-century Sufi mystic Rumi. He performed them but never recorded them. More recently, he was exploring the old hymns of his youth, reconnecting with his past, when he heard the Afghan-German vocalist Simin Tander sing in Pashto, the Afghani language of her father. He was impressed by the timbres and textures of her voice, and her phrasing. He wondered how the Rumi songs would sound if she sang them, and how the hymns he loved would sound – in Pashto.

Working together in English, Gustavsen and Tander pared down several hymns to language both could “actually stand for,” Gustavsen said by phone Tuesday evening. “What aspects of the hymns can we feel authentic about singing and playing today?” (He’s a practicing Lutheran, on the liberal side. To him, some of the original lyrics were too restrictive and judgmental.) They looked for and found common spiritual ground. And then they took their English versions to an Afghan poet in Prague and had them translated into Pashto.

On “What Was Said,” Gustavsen’s new album and his seventh for the German label ECM, the Norwegian Lutheran hymns, sung in Pashto, are interwoven with Sufi poems by Rumi, sung in English (using Coleman Barks’ translations), a poem by the Sufi-influenced American Beat poet Kenneth Rexroth, also in English, and a few instrumentals.

In words, it sounds kind of crazy. But the music is sublime, beguiling, sensual and spiritual. Gustavsen’s sonorous, expressive piano and longtime drummer Jarle Vespestad’s precise, delicate rhythms are overlaid by Tander’s voice, which hums and sighs, shudders and glides across the notes.

“It’s first and foremost a musical statement,” Gustavsen said. (The lyrics are in the liner notes, but you don’t have to read them to enjoy the music.) “Then it’s a very personal spiritual and theological project reflecting where we are in our journey of making sense of our roots in a globalized world. It’s a devotional project, because the hymns are more like mantras than elaborate theological statements.

“And then, of course, there is the political aspect, which was never a part of the project in its conception or the way we approached it. But looking back, it reflects on today’s political situation, with all the tension and clashes between civilizations.

“It’s very much a project of intimate dialogue, openness and mutual exploration, instead of setting boundaries and focusing on what separates us. … Christian and Sufi spirituality meet here, and I think that’s one of the things that people of today actually need.”

We mentioned that Minnesota has more Norwegians than any other state. “I heard that,” he said. “Those of Norwegian heritage will probably recognize more of the hymns than others might. But they will hear their Norwegian heritage performed in a hauntingly beautiful, mysterious language. They will, at the same time, understand nothing and everything. That’s a cool kind of vertigo.”

Tonight (Thursday, June 16) at a movie bigaplex near you: “Teatro alla Scala: The Temple of Wonders.” Never been to La Scala, Milan’s fabled opera house? This film is an oversized armchair tour, with archival footage, intrerviews, and appearances by Barenboim, Toscanini, Pavarotti, Domingo and others. The trailer is over the top, but then, so is La Scala. In Italian with English subtitles. 7 p.m. FMI and theater finder (click “Buy Tickets,” then enter your ZIP.) Ticket prices vary. 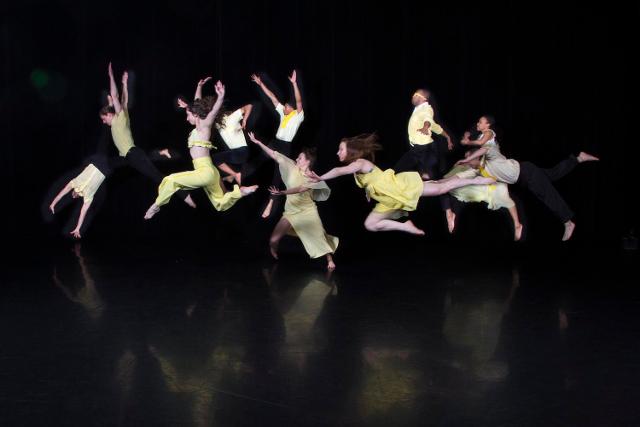 Friday and Saturday at the Cowles: Black Label Movement and Contempo Physical Dance. Two highly physical and athletic dance companies, together on the same stage, in the Cowles’ first-ever collaborative dance concert. Sounds like a match made in heaven. The evening will include two co-created world premieres, a duet between artistic directors Carl Flink (BLM) and Marciano Silva dos Santos (Contempo) and an ensemble piece featuring movers from both companies, plus two audience favorites, BLM’s “Canary” and Contempo’s “SenZalma.” 7:30 p.m. FMI and tickets ($25/$30). Also next weekend, June 24 and 25.

Opens Saturday at WAM: “Silence & Echoes.” Conceived and curated by Corinna Kirsch, this intriguing exhibition gathers art inspired by the pursuit of silence. Three sections touch upon silence and its qualities of self-reflection, memories, and aggression. Some works invite you to come closer for a more intimate view; some call upon the past; some – like John Cage’s “Not wanting to Say Anything about Marcel” – silence the artist’s intention. An invitation to slow down, quiet your inner monologue and listen to the art, in the cool, airy galleries of the U’s Frank Gehry-designed building. 11 a.m. – 5 p.m. Free. FMI. Ends Sept. 11.

Saturday at Boom Island Park: Rock the Garden. It’s not too late to buy general admission tix to the annual kickoff-to-summer party. This year, due to construction on the Walker’s grounds, it’s at Boom Island Park, on two stages. The lineup includes GRRRL PRTY (giving their final performance as a group), Poliça, Chance the Rapper, Hippo Campus and The Flaming Lips. Gates at 1 p.m., music starts at 2:30. FMI and tickets ($64) here and here.

Sunday at the Basilica: Summer Sunday Organ Recitals: Daniel Jenkins. The air-conditioned Basilica launches its 65th Annual Organ Concert Series with Jenkins, director of liturgical music at the St. Paul Seminary School of Divinity, and a program that includes a concerto after Vivaldi and Bach, chorale settings, and works by Reger, Mendelssohn and more. Free-will donations gratefully received. 2 p.m. FMI on the Basilica’s organ.

Monday at the Playwrights’ Center: A conversation with Paula Vogel. Currently Playwright in Residence at Yale Repertory Theatre; Vogel has won a boatload of awards, and two awards for emerging playwrights have been named in her honor. Her play “How I Learned to Drive” won the 1998 Pulitzer Prize for Drama. She’s coming here as part of the Dramatists Guild Fund’s Traveling Masters Program. 7 p.m. FMI. Free. The event is full, but you can add your name to the waitlist.