Presenting plays most of us haven’t seen before, in spaces never meant for plays, on topics including sexual violence, torture, murder, the sex trade, mental illness and the abuse of power, Dark & Stormy Productions doesn’t send us laughing into the night. What it does is make us think and feel. And it brings us close to some of the cities’ top actors, who seem to relish stepping off the cities’ bigger stages into Dark & Stormy’s tight-budget, stripped-down events. (The budgets may be tight, but the actors are paid equity rates.)

Canadian playwright George F. Walker’s “And So It Goes,” which opened last week, is the latest in a short string of plays produced by the young company since its 2012 debut. It’s currently at the Grain Belt Warehouse in a room on the second floor that offers space but not much else. This is the third play D&S has staged there – one in a corner, one against a wall and now this, in the round, with a thick pillar in the middle. At points during the play, no matter where you’re sitting, the pillar blocks your view. Consider it a metaphor.

The cast, typical for a D&S show, is small but mighty: theater founder Sara Marsh as Karen, a paranoid bipolar schizophrenic; Robert Dorfman and Sally Wingert as her parents, Ned and Gwen; James Craven as dead Kurt Vonnegut, apparition and therapist.

As the play begins, Karen’s life has already unraveled. Severely disturbed, she has been in and out of prison on assault charges and faces another court date. Her parents’ lives are fraying fast. They’re caring, as best they can, for Karen. A son disappeared long ago. Ned has lost his job as a financial planner and Gwen is a former Latin teacher, so her prospects are dim. She turns to Vonnegut for conversation and insight. It doesn’t make sense, but it does.

Spoken by Karen, the play’s first words are “I’m scared!” So are we, as her life ends in violence and her parents slide into homelessness. When Ned starts carrying a gun and saying things like, “There are some very bad people who need to be taken out of the picture,” we wonder briefly if those bad people include us. (Things get tense in any play when a character waves a gun. Add a nontraditional setting, close proximity to the actors and the fact that Dorfman makes eye contact and suddenly you’re glad about that pillar.)

And yet, this is a very funny play. Darkly, absurdly funny. As Vonnegut, Craven adds wry, dry wit and even-keeled wisdom (and the usual magisterial Craven stage presence). In one killer moment, after Gwen says, “I never understood what was going on in [Karen’s] head,” he gives a searing description of mental illness. (The real Kurt Vonnegut’s real-life son, Mark, had bipolar disorder with elements of schizophrenia.)

Ned and Gwen’s attempts to regain their footing are comical in a hapless, Charlie Chaplin-esque way. Ned tries and fails to make it as a chef, then ends up using his chef’s hat to beg for money on the street. Gwen finds purpose in guarding shoes at the homeless shelter. When the two try to give away stolen coffee and lemon tarts from a stolen cart, there are no takers. In spite of everything – lesser circumstances have broken many marriages – they still love each other.

The play’s title, “And So It Goes,” is a bit like “It is what it is,” the popular phrase that often implies resignation and powerlessness. Ned and Gwen’s comfortable life is destroyed by a series of lightning strikes: their daughter’s sudden mental illness (“She was 23 and normal, then 24 and not”), the economic downturn, the collapse of the middle class. In conversation after the play, Craven noted that playwright George F. Walker is Canadian, and that Canada’s problems with poverty, gun violence and the economy are less severe and widespread than ours. Maybe that’s why Walker could find humor in this sad tale, and end it with a flicker of hope.

With “And So It Goes,” Dark & Stormy continues its tradition of unexpected stories told by stellar casts. Each new play reinforces its reputation as a company worth watching and taking a chance on. More, please.

Hirabayashi is a harpsichordist and composer who made her Carnegie Hall debut in 1996. Her first recording on the Albany label, “The Harpsichord in the New Millenium,” was internationally well received and reviewed. Belorussian-American composer Khvoshchinsky has written many works in different styles and genres including more than 150 songs and pieces for choir.

Means is a composer, performer and intermedia artist whose music and performance installations have been presented in the United States, Holland, China, Belgium and the U.K. Sutrisno, a graduate of the Indonesian Academy of Performing Arts, is a Javanese gamelan performer, composer and educator.

Two artists from outside Minnesota were named McKnight Visiting Composers. Each will receive $15,000 to spend a minimum of two months in Minnesota working on a self-designed community residency project.

Wang Jie of New York City will partner with the Minnesota Correctional Facility in Shakopee and the Lake Superior Chamber Orchestra in Duluth to produce an original concert opera. Composer and sound researcher Peter Michael von der Nahmer of Ozone Park, New York, will partner with The Grad Center for Arts and Culture in New Ulm for two projects meant to bring different generations together.

Guess what? Those Scandinavian family recipes we cherish are so yesterday

Last week, celebrity Swedish chef Magnus Nilsson swept into the American Swedish Institute for a series of rock-star events including the opening of his first-ever photography exhibition, a dinner prepared by five local executive chefs, and a book signing for his 768-page tome, “The Nordic Cookbook.”

Tucked in among the Magnus dazzle was a 45-minute PowerPoint presentation by Richard Tellström, a food historian from Stockholm University who wrote the preface to “The Nordic Cookbook.” Billed as the Nordic Heirloom Recipe Exchange, it turned out to be totally fascinating. Our top 10 takeaways:

• Those recipes Minnesotans got from their grandmothers and great-grandmothers are the remains of an old food culture that vanished a century ago. (Cookbook author Beatrice Ojakangas, who introduced Tellström, let drop that “people in Scandinavia don’t much care for lutefisk.” We feel so … betrayed.)

• Traditional Nordic cuisine came out of a unique set of circumstances: a short growing season, the need to save and preserve enough food to last for the rest of the year, and the invention of food storage buildings.

• Dried fish may be used as a bread substitute. (No, you try it.)

• Swedes sing to their schnapps.

• The smorgasbord started out as the Brannvinsbord, a small, informal table of snacks (bread, butter, herring) and schnapps. The all-you-can-eat buffet was born at the 1939 New York World’s Fair, where a restaurant at the Swedish Pavilion served endless appetizers on a revolving circular table.

• The smorgasbord cake was invented in 1947. The pickled herring cake followed in the 1980s, invented by a journalist.

• The most popular food in Sweden today is spaghetti Bolognese. Meatballs don’t even make the Top 5. 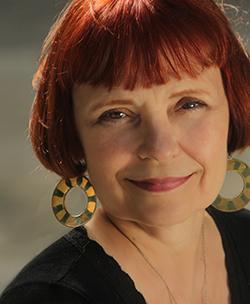 Courtesy of the artist
Teri Roiger

Tonight (Tuesday, June 7) in the Dunsmore Room at Crooners: Teri Roiger. The acclaimed New York-based jazz vocalist will preview her new recording, “Billie 101,” a tribute to Billie Holiday in the 101st year of her birth. She’ll also sing some Abbey Lincoln gems from her 2012 recording “Dear Abbey.” Joining her in the dedicated listening room at Crooners will be John Menegon on bass (he played for many years with Dewey Redman and David “Fathead” Newman), Phil Hey on drums and Joe Strachan on the Dunsmore’s Bösendorfer piano. 7 p.m. $10/$35 online or call 800-838-3006.

Tonight at Common Good Books: Marlon James presents the young authors of “Up, Up, and Away.” Fifth-grade students at Farnsworth Aerospace spent months writing these original works with help from the Mid-Continent Oceanographic Institute, a nonprofit that supports kids 6-18 with their writing skills and homework. Booker Prize winner James wrote the foreword to their book and will host the evening. 7 p.m. Free.

Wednesday at Our Lady of Lourdes Catholic Church: Our Lady of Lourdes Choir in Concert. Because you’ve always been curious about the Gothic Revival church up Lourdes Place from Nye’s Polonaise, which also happens to be the oldest church in Minneapolis in continuous use. The program includes music by Victoria, Vaughan Williams, Bortiansky, Messiaen and Gregorian chant sung by a 16-voice semiprofessional choir led by Christopher Ganza. 7 p.m. Free.