The weeklong Source Song Festival, which made its debut in 2014, will return in August for a third year of workshops, masterclasses and one-of-a-kind performances. The workshops and classes are for practitioners and pros; the concerts and recitals are for anyone who enjoys classical art songs and wants a fresh, immediate, ear-opening experience of what’s happening here and now.

Source was the bright idea of pianist Mark Bilyeu and mezzo-soprano Clara Osowski, Minneapolis-based recital partners who travel a lot for their work and realized – wait a minute, there’s a lot of talent and interest in Minnesota. Plus a perfect little recital hall, with a Steinway, at MacPhail. Most of this year’s performances take place there, at Antonello Hall, but some happen elsewhere.

The 2016 festival will open Monday, Aug. 8, at the Ted Mann, because the opening event is too big for the intimate Antonello. “OpenSource: A Dominick Argento Celebration” will celebrate Pulitzer Prize-winning Minnesota composer Dominic Argento. MPR’s Brian Newhouse will host an evening of interviews with Argento andartists who performed, and in some cases premiered his works – Swedish baritone Håkan Hagegård, Martin Katz, Maria Jette, Adriana Zabala, Jeffrey Van, Michael Slattery and Jesse Blumberg – followed by performances of Argento’s “Letters from Composers,” “Three Meditations” and “A Few Words About Chekhov.”

On Tuesday, French baritone François Le Roux and Canadian pianist Olivier Godin will return to Antonello for their third Source recital residency, this time with songs by Saint-Saëns, Halphen, Fauré, Debussy, Jolivet and Poulenc. On Wednesday, the festival will move to the American Swedish Institute for a concert hosted by composer (and newly minted McKnight Distinguished Artist) Libby Larsen and Swedish baritone Hagegård. The program will feature contemporary songs from Sweden and Larsen’s new song cycle “The Birth Project.” On Thursday the festival will return to MacPhail for a unique opportunity: a public masterclass with Hagegård. 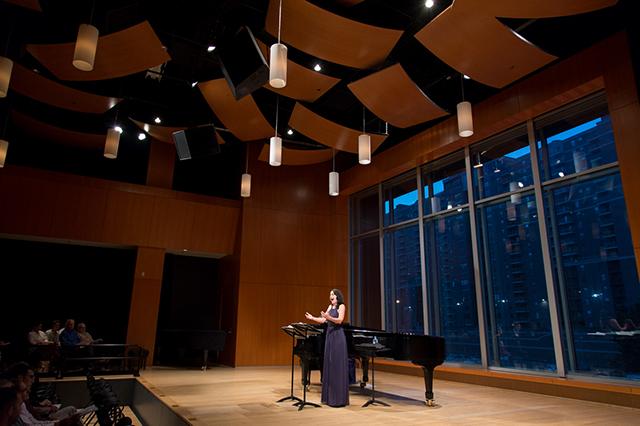 The festival will end Saturday with two events: a free recital by students in a downtown St. Paul location TBD, and a final concert in the Ordway Concert Hall, “Restless Searchers: Hagegård Stages Argento.” For this remarkable event, Hagegård will reimagine Argento’s “From the Diary of Virginia Woolf” (the work that won the Pulitzer) and “The Andrée Expedition” (which premiered in 1982 in St. Paul, with Hagegård) as multi-singer, staged performances. Both were written as solo song cycles.

For lovers of song, the human voice and new work by proven and acclaimed composers, and for music fans who want to broaden their horizons, Source has it all. And it’s amazingly affordable. The top-priced ticket is $33 (for the final concert at the Ordway Concert Hall), the rest are less, many have student and senior discounts, and some are free. FMI and tickets (on sale now).

The city of St. Paul is home to one of the nation’s largest Asian-American theaters. Mu Performing Arts’ 25th anniversary season does it proud, with one world premiere, two regional premieres, the return of a classic musical and the first-ever Minnesota Taiko Festival.

September will bring the regional premiere of Carla Ching’s tale of modern love, “The Two Kids That Blow Shit Up.” Ching, a Los Angeles native, is also a writer for AMC’s “Fear the Walking Dead.” In January 2017, Park Square will host (and co-produce with Mu) a new, fully revised version of Rodgers and Hammerstein’s “Flower Drum Song,” using David Henry Hwang’s Tony-nominated text. Directed by Randy Reyes, it will spend a month on the proscenium stage.

The Taiko ensemble Mu Daiko will make its Guthrie debut in April with a weekend of workshops and events and a 20th anniversary concert with fan favorites, guest artists and premieres including a new commission by Michelle Fujii of Portland’s Unit Souzou professional taiko company. Mu will return to the Guthrie in May as part of Big Blue’s new Level Nine initiative, staging Lloyd Suh’s “Charles Francis Chan Jr.’s Exotic Oriental Murder Mystery” in the Dowling. Suh also wrote “The Wong Kids in the Secret of the Space Chupacabra Go!,” staged by the Children’s Theatre in 2013.

The season will conclude in August at the Bedlam with “The Immigrant Journey Project,” a devised original work by Masanari Kawahara and a 2014 Knight Arts Challenge winner.

Also on the season: “A Very Asian Xmas,” the New Eyes festival of new works, the Taiko Lab and the annual “Passing the Beat” recital. Meanwhile, Mu will take its 2015-16 season opener, “Purple Cloud,” to the Oregon Shakespeare Festival. Jessica Hung’s play is one of five shows that were chosen for the 2016 National Asian American Theater Conference and Festival to be held there in October.

Tonight at the Uptown Theatre: “Art Bastard.” Artist Robert Cenedella insists that “money and art have nothing to do with each other,” which is probably why most of us haven’t heard of him. A contemporary of Andy Warhol, Cenedella has been the anti-Warhol, creating noisy, color-splashed paintings of city life utterly lacking in irony. Victor Kanefsky’s delightful documentary has been a film festival darling. Watch the trailer and you’ll want to go see it. FMI and tickets. Ends Thursday. 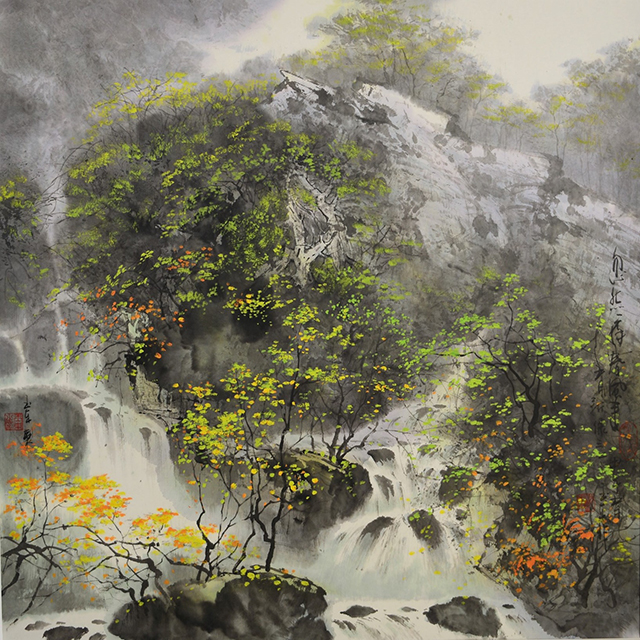 Opens Friday at the Minnesota Landscape Arboretum: “A Brush With Beauty: Painting in the Chinese Tradition.” A show inspired by the groundbreaking of the Arboretum’s new Chinese Garden features works by five local artists – Kairong Liu, Bob Schmitt, Yudong Shen, Lei Yang and Hong Zhang – all trained in the Asian brush style. The Arboretum is open every day including Monday, and the weather (fingers crossed; this is Minnesota) looks delightful. The Chinese Garden is still a work in progress, pending more funding. “A Brush With Beauty” is in the Reedy Gallery in the Visitor Center. Included in Arboretum admission ($12 age 13 and up; 12 & under free). FMI (hours, fees and assorted notes).

Saturday and Sunday: Summit Avenue Walking Tours. It just seems like everyone should be outdoors this weekend. Tickets are still available for the Minnesota Historical Society’s 90-minute, 1.5-mile guided walking tours of St. Paul’s Summit Ave. neighborhood at 11 a.m. Saturday and 2 p.m. both days. FMI and tickets ($14-$10).

Monday at the Historic John H. Stevens House: “Gerda Pulls Harder than Horses.” From the Dept. of Truth Is Stranger Than Fiction: Did you know that the Stevens House in Minnehaha Park near the Falls wasn’t always in its current location? That it used to be in downtown Minneapolis, beside St. Anthony Falls, and in May 1896, some 10,000 Minneapolis Public School students got the day off from school so they could pull it six miles to its new home? That has to be one of the weirdest things we’ve ever heard, and why the city and school officials didn’t all rot in jail is a mystery. Kidding, but still, it’s a heck of a tale, and master storyteller Larry Johnson will bring it to life on the house’s front steps. Then, if you want, you can take a tour, free this summer (donations appreciated). The Stevens House was the first house built in Minneapolis (1849-50). The city was named there; Hennepin County was organized there; and the house also served as the first courtroom and first schoolroom. Owned by the Minneapolis Park Board, it’s operated by Hennepin History Museum. 2 p.m.; open for tours from 1-5.