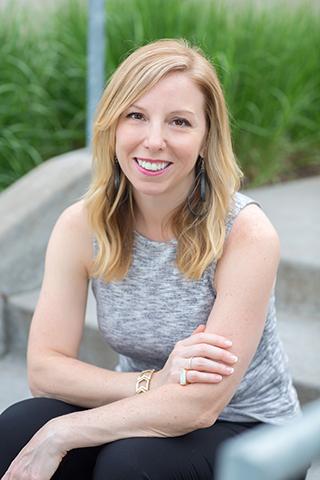 Theresa Sweetland has been named the new executive director of Forecast Public Art. After an extensive national search launched in February, when longtime leader Jack Becker transitioned into a new role, Forecast’s board chose a local, educated at the University of Minnesota, who has made her career here.

Sweetland most recently served as director of development and external relations at the Minnesota Museum of American Art, working to boost its visibility and resources. Before then, she was executive/artistic director of Intermedia Arts, guiding it from near death to stability and national prominence. She has considerable experience as an executive director, fundraiser, curator and leader in community cultural development and creative placemaking, and she regularly brings together diverse sectors of the community – artists and planners, elders and teens, prisoners and poets – to build collaborations and partnerships.

At Intermedia, Sweetland co-founded B-Girl Be, the world’s first international women in hip hop summit, and founded Creative CityMaking, a partnership between artists and city staff to advance racial-equity goals and engage underrepresented communities in determining the future of Minneapolis. The interactive visual art exhibition up now at Intermedia Arts, “This Is Our City!” tells the story of Creative CityMaking and highlights recent work by artist-city collaborators.

Sweetland earned her BA in cultural anthropology from the University of Minnesota and her master’s in urban and regional planning from the Humphrey School of Public Affairs, with a concentration on community and economic development.

A St. Paul-based nonprofit with a global reach, Forecast Public Art was founded by Becker in 1978. Today it’s one of the nation’s top nonprofits dedicated to advancing the field of public art. Becker will lead an effort to grow Forecast’s community services program, which helps communities plan and bring public art projects to life. Sweetland will begin on June 13.

Pianos all over downtown Minneapolis

For the month of June, don’t be surprised to see a painted piano on Marquette Plaza or Target Field Plaza (outside gate 29), the IDS Center, City Center and other key locations in downtown Minneapolis. Pianos on Parade, a project of the Downtown Council and Improvement District in partnership with the nonprofit Keys 4/4 Kids, hit the streets Wednesday with 25 pianos, all painted by Minneapolis-based artists in different themes ranging from city landmarks to Prince, local birds and the Northern Lights. Lorie Line officially opened the pianos with a pop-up concert Wednesday afternoon.

On Tuesdays during the lunch hour, the pianos will play programmed music. At other times, anyone can play. What, you don’t carry music with you? Download sheet music here to read off your phone or tablet. (It seems the council thinks the pianos should be used for classical music?) Anyway, what a fun summer idea. Go here FMI including a map showing where the pianos are, and information about the artists and themes. Then find some keys and tinkle them. 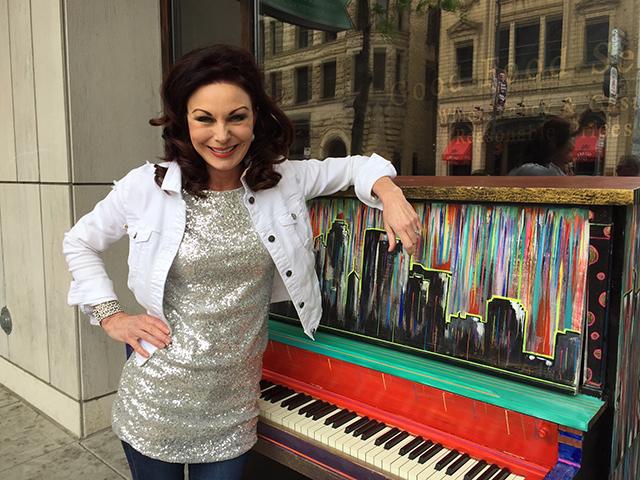 Later on Sunday, one of the world’s great jazz saxophonists, Joe Lovano, performs with the Chamber Music Society of Minnesota. Lovano and CMS director Young-Nam Kim have known each other for years, and one thing they’ll play is a new work written for them by MIT composer Peter Child. We’ll also hear selections from Lovano’s Grammy-nominated jazz CD “Rush Hour.” 4 p.m. at Sundin. FMI and tickets ($25/$15)

Opens Friday at the Film Society’s St. Anthony Main Theatre: “A Bigger Splash.” Put Tilda Swinton and Ralph Fiennes in the same movie and we’re there. As a bonus, set it on a volcanic island off the coast of Italy. We don’t even care what it’s about. FMI including the wicked-looking trailer, showtimes and tickets ($8 most days, $5 Tuesdays and matinees). Courtesy of the artist
An ARTCRANK poster by Brooke Eklund

Saturday at the Fulton Production Brewery in Northeast: ARTCRANK opening night party. One day there will be no cars in Minneapolis-St. Paul because we’ll all ride bikes, even in blizzards and tornadoes. And our homes will be decorated entirely with bike-inspired posters we buy at the annual ARTCRANK show. After 9 years and 3,000 posters so far, ARTCRANK expects some 7,000 bike-loving fans to show up, drink beer and shop the limited-edition posters by 50 local artists, all selling for $40 each. (Though ARTCRANK has gone international, with events in New York, London and Paris, each event is locals-only for artists.) With food trucks and carts from places like Birchwood, Natedogs and Cranky’s, and free valet bike parking, it’s going to be a good time. 4-10 p.m. at 2420 Second St. NE, Minneapolis. Free. FMI.

Saturday at Minneapolis Pioneers & Soldiers Memorial Cemetery: Cinema in the Cemetery with Dreamland Faces. Summer in the cities is full of music and movies in parks, but rarely a cemetery. This annual event raises funds to restore Pioneers and Soldiers’ historic fence. As Buster Keaton’s “The Cameraman” screens, Dreamland Faces, which specializes in composing scores for silent films, will perform live accompaniment on accordion, musical saw, organ, piano, double bass and vocals. 2945 Cedar Ave. S. 7 p.m. gates, movie at dusk (8:30). Tickets $8 in advance, $10 there. FMI.

Ends Sunday at the Park Square: “Sons of the Prophet.” Stephen Karam’s Pulitzer Prize finalist is a comedy-drama about human suffering, survival and a dysfunctional Lebanese-American family with distant connections to Kahlil Gibran. On the proscenium stage. 7:30 p.m. Friday and Saturday, 2 p.m. Sunday. FMI and tickets ($40/$60).

Coming up Tuesday at Open Book: “The War on Science” book launch and discussion. When did we become a nation of science haters? In what will likely and kind of sadly be a preaching-to-the-crowd evening, Shawn Otto and Don Shelby will discuss Otto’s new book. An award-winning novelist (“Sins of Our Fathers”) and screenwriter (“House of Sand and Fog”), Otto is cofounder and producer of the United States presidential Science Debates; former WCCO-TV anchor Shelby has a lifelong interest in the environment and ecology. In the Target Performance Hall. Light snacks and drinks at 7 p.m., program at 7:30., book signing after. Free. FMI and registration.

If you prefer your tenors untouched by pop, Andrea Bocelli isn’t for you. But for sheer, soaring, rip-your-heart-out singing, few artists can match the superstar Tuscan tenor, blind since age 12, who burst on the international scene in 1993 by singing “Miserere” with Pavarotti, then sealed the deal with a little tune called “Time to Say Goodbye,” recorded with Sarah Brightman. The top-selling solo artist in the history of classical music (80 million records sold), he’s coming to Target Center on Thursday, June 9. The tickets aren’t cheap, but as extra added incentive for the Twin Cities crowd, Bocelli will perform here with Vocal Essence, led by Philip Brunelle, and members of the Minnesota Orchestra. (Recall that last year, VocalEssence sang with the Stones.) According to Orchestra spokesperson Gwen Pappas, as much as 75 percent of the Bocelli orchestra will be familiar faces. 7:30 p.m. FMI and tickets.