The Walker’s 2016-17 performing arts season, announced late last week, is not just about blowing our minds with eight months of dance and movement, music, visuals, film, theater, conversation and, while we’re at it, juggling. It’s not just about the number of performances (over 50), national commissions (nine in all, more than any previous season), Midwest and U.S. premieres, debuts and exclusive engagements (lots) and partnerships (many) with other arts organizations. It’s also about the Walker in the world, and America in the world, and the American identity.

With artists coming in from France, Italy, the Democratic Republic of the Congo, Israel, Canada, Iraq and Palestine, the season reflects the Walker’s global orientation, which has become more pronounced in recent years. And although performing arts curator Philip Bither didn’t deliberately plan it that way, the season spotlights the fact that, in Bither’s words, “some of our most accomplished, forward-thinking artists have hybrid identities, drawing on influences from backgrounds that are deeply multicultural.”

Commissions include first- and second-generation American artists with roots in Czechoslovakia, Nigeria, Iraq and Cyprus. “This, to my mind, is a huge part of what makes America great,” Bither said in conversation the day after the announcement. “It defies the not-so-hidden implication some politicians are making, that ‘great again’ means being exclusionary and returning to a white and Euro-American dominated culture.”

In October, we’ll see Czech-American choreographer/director Pavel Zuštiak’s “Custodians of Beauty.” Also in October, Iraqi-American composer/trumpeter Amir ElSaffar will bring his 17-piece, pan-Arabic Rivers of Sound ensemble to the McGuire for an exclusive U.S. engagement. In January, Nigerian-American performance-movement artist Okwui Okpokwasili will present her “Poor People’s TV Room,” a look at the collective amnesia around women’s resistance movements in Nigeria. In February, as part of an extensive interdisciplinary survey of Merce Cunningham, dancers trained by Cypriot-American choreographer Maria Hassabi will perform in the galleries and the Cargill Lounge for several days.

The work of Cunningham and his partner and collaborator, John Cage, is central to the season. From February through April, dancers from the final Merce Cunningham company and movers from the current generation of visionary artists will perform in the galleries, in the McGuire and at Northrop. In 2011, the Walker, whose relationship with Cunningham began in the early 1960s, acquired the 4,000-piece Cunningham collection of visual art materials, and they’re finally ready to show it off. Major exhibitions will open simultaneously in February 2017 at the Walker and Chicago’s Museum of Contemporary Art.

In planning the performing arts part of the Cunningham blitz, Bither asked, “What would Merce and John want to do?” Three of the season’s nine commissions are Cunningham-related.

January belongs to Out There, the Walker’s annual carnival of surprises. Take a risk, be moved, be entertained, be puzzled. Here’s where you’ll find Okpokwasili and something called “La Mélancolie des Dragons” by Philipe Quesne/Vivarium Studios, about a stalled hatchback and six metal-heads in a snowy forest.

You can view the whole season online or pick up a catalog at the Walker. Members will receive one by snail mail. Meanwhile, here’s a version suitable for Twitter.

Sept. 23-24: Italian visual/performance artist Alessandro Sciarroni’s “UNTITLED_I will be there when you die,” with four master Italian jugglers. (Note that Sciarroni launches the season Sept. 22 with a free performance in the galleries on a free Thursday night.) Sept. 30: Composer/saxophonist Colin Stetson’s “Sorrow,” a re-imagining of Gorecki’s heart-shredding Symphony No. 3. Oct. 15: ElSaffar’s “Rivers of Sound,” in which Middle Eastern modal meets American jazz. Oct. 20-22: Zuštiak’s “Custodians of Beauty,” with minimalist movement, abstraction, imagery and live music.

Jan. 4-28, 2017: “Out There.” This year’s four shows also include Andrew Schneider’s New York hit “YOUARENOWHERE” and the second part of a trilogy by choreographer/director Faye Driscoll. Jan. 24: A high-octane retrospective spanning 25 years of the Tel Aviv-based Batsheva Dance led by Ohad Naharin. Feb. 8-April 9: Merce Cunningham: Common Time. Much dance (including a performance at Northrop by France’s CCN–Ballet de Lorraine) plus two nights of “Music for Merce,” curated by composer/guitarist John King.

May 12: Steve Coleman’s Natal Eclipse. For jazz fans, this is the season’s OMG. A founder of M-Base (both a conceptual approach to music and a musicians’ cooperative), a 2014 MacArthur Fellow and double Doris Duke award winner, Coleman, a composer, bandleader and alto saxophonist, is a giant of contemporary jazz. Natal Eclipse is his eight-member chamber-jazz ensemble. After hearing them at the Village Vanguard in 2015, David Hajdu wrote for the Nation, “Natal Eclipse produced the sound of the world in which cultural differences stir inspiration instead of fear, distrust, and violence.”

The 2016-17 season wraps on May 18-20 as Tunde Adebimpe of the indie rock band TV on the Radio presents “A Warm Weather Ghost,” with guest musicians and vocalists, narration, projected visual art and animation.

Tickets to all events are available now. 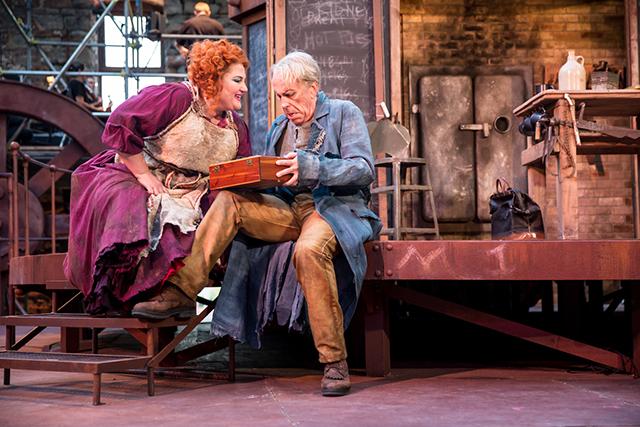 Tonight through Sunday at the Mill City Museum: Mill City Summer Opera’s “Sweeney Todd.” Location, location. Even with planes flying overhead and bicyclists zipping past outside (visible to some of us), there’s no better place in the Twin Cities to see live opera than the Mill City’s open-air Ruins Courtyard on a balmy summer evening. We loved Latté Da’s “Sweeney Todd” musical last year at the Ritz, but this is very different, with big, soaring operatic voices on stage and a lush 30-piece orchestra on a long, narrow platform midway up the back wall. As the sky darkens, so does the production, becoming ever more bloody and grim. Baritone Robert Orth is a bitter, vindictive Todd and mezzo Catherine Cook a lusty Mrs. Lovett. Soprano Jeni Houser sweetly sings Johanna, and bass baritone Jake Gardner terrifies as Judge Turpin, especially in an early scene, when he wears a mask made for nightmares. The stage is a serious piece of steampunk construction, with large, turning wheels, an oven glowing red and a barber chair that leads straight to hell. More hot pies! Four performances remain: tonight (Tuesday, July 19), Thursday, Friday and Sunday, all at 8 p.m. Tickets are sold out, but rush tickets ($35) are available at all shows. Arrive before 7:30 p.m. and get in line. The nights will get warmer as we near the weekend, so dress accordingly. 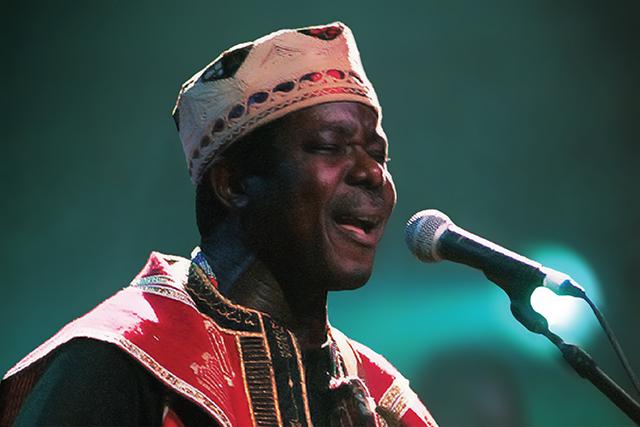 Wednesday at the Cedar: King Sunny Adé. His last two shows at the Cedar were canceled because of visa troubles. Don’t miss this chance to see the two-time Granny nominee, world music pioneer and master of the polyrythmic pop known as juju. Doors at 7, show at 7:30. Black Market Brass opens. FMI and tickets ($35 advance/$40 day of show). All ages standing show.

Friday and Saturday at Orchestra Hall: Sommerfest. Is Sommerfest almost over already? The final two concerts are Friday’s “A Night in the Tropics,” programmed and led by trumpeter Charles Lazarus, and Saturday’s big closer, a concert performance of Verdi’s grand opera “Otello.” Unless you have tickets to the European Tour send-off concert on Aug. 16, these are your final chances to hear the Minnesota Orchestra at home until mid-September. Lazarus’ concert features a jazz quintet and music by Ellington, Jobim and the Buena Vista Social Club. 8 p.m. FMI and tickets ($30-$70). The Verdi will be performed by a full cast of opera singers, the Minnesota Boychoir and the Minnesota Chorale. 7:30 p.m. FMI and tickets ($30-$70). Maestro Andrew Litton conducts both performances.

Friday-Sunday at Theatre in the Round: “Jeeves Intervenes.” The stories of P.G. Wodehouse never get old. Once more, Jeeves the valet must rescue posh young playboy Bertie from himself, along with his old school chum Eustace. Adapted by Margaret Raether, directed by TRP veteran Dann Peterson. 8 p.m. Friday and Saturday, 2 p.m. Sunday. FMI and tickets ($22). Ends July 31.