Here’s what to read in the next few months: poet Elizabeth Alexander’s memoir, “The Light of the World.” Carl Hiaasen’s new novel, “Razor Girl.” Gloria Steinem’s memoir, “My Life on the Road.” Ann Patchett’s latest novel, “Commonwealth.” And Colson Whitehead’s “The Underground Railroad.” These are the authors and books to be featured in the 16th season of Talking Volumes, the annual big-name book club series presented by the Star Tribune and MPR at the Fitzgerald Theater in St. Paul. 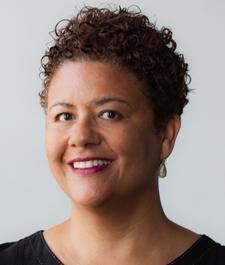 Elizabeth Alexander came to national attention in 2009 when she read her poem, “Praise Song for the Day,” for the inauguration of President Barack Obama. “The Light of the World,” a finalist for the 2016 Pulitzer Prize, is her response to the sudden, shocking death of her husband of 15 years. Alexander will be here Sept. 15.

On Sept. 21, the astonishingly prolific Carl Hiaasen, whose 28 books (so far) include 13 novels, four books for children, one for teens, three mystery thrillers coauthored with a friend and fellow journalist, and several collections of his columns for the Miami Herald, presents “Razor Girl” with the ink barely dry; it comes out Sept. 6. He may write a lot, but his titles are economical: “Bad Monkey,” “Nature Girl,” “Skinny Dip,” “Sick Puppy.”

Gloria Steinem’s New York Times best-seller “My Life on the Road” chronicles a lifetime of travel, which she credits with shaping her as a writer, activist, organizer and women’s rights leader. While traveling, she listened and connected deeply with people she met, which taught her that context is everything. But … where are the selfies? Steinem will be at the Fitzgerald on Oct. 6. 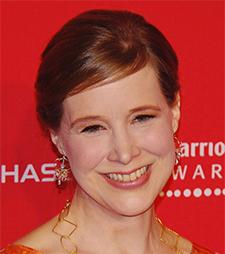 PEN/Faulkner winner Ann Patchett’s 2001 novel “Bel Canto” may be the only book we’ve ever read more slowly as we neared the end, because we dreaded its being over. That was Patchett’s third novel; “Commonwealth,” due out Sept. 13, is her seventh. This time, a single kiss changes everything for two families. See Patchett on Oct. 18.

The fifth and final Talking Volumes author is MacArthur fellow and Pulitzer Prize finalist Colson Whitehead, whose new book, “The Underground Railroad,” imagines a secret network of tracks and tunnels, engineers and conductors beneath the Southern soil. The pub date is Sept. 13, but Publishers Weekly has already proclaimed, “Would that this novel were required reading for every American citizen.” Whitehead will be here Nov. 3.

Talking Volumes events are preceded by live music from local musicians and hosted by MPR’s Kerri Miller, who interviews each author live at the Fitz for later broadcast on MPR. The Star Tribune interviews each author for a meaty profile published the week before. Prior to her untimely death this spring, Kristin Tillotson wrote many of the profiles. The Star Tribune’s senior editor for books, Laurie Hertzel, will write at least two this season.

Season packages (3-5 shows, $69-$125) go on sale at noon Thursday (July 7) to the general public. They have been on sale since Tuesday to MPR members. Single show tickets are available starting July 19.

André Watts out, Zhang Zuo in at Sommerfest

Don’t the musicians ever put their instruments down and their feet up? Maybe in August – no, wait, that’s their European tour.

Pianist André Watts, who was scheduled to play MacDowell’s Piano Concerto No. 2 with the Orchestra on Saturday, has injured his back and won’t make the date. Young Chinese pianist Zhang Zuo, who’s playing Liszt on Friday, will stay over to perform Beethoven’s Piano Concerto No. 1, which replaces the MacDowell. Got all that? It’ll be fine. Zuo will be making her Minnesota Orchestra debut, which should be exciting for everyone, though we’ll miss Watts, a great favorite around these parts.

Born in 1988 in Shenzhen in China’s Guangdong Province, Zuo (known as Zee Zee) began her musical training in Germany at age five, studied piano at the Shenzhen Arts School, then continued at the Eastman School and Juilliard. Not yet 30, she has already won several prizes and performed with many of the world’s great orchestras and conductors.

Later this week we’ll be speaking with Sommerfest’s artistic director and maestro, Andrew Litton, so watch for that.

If you missed the final broadcast of Garrison Keillor’s “A Prairie Home Companion” on Saturday night, recorded live Friday night at the Holiday Bowl, you can hear the whole thing online, including President Obama’s call (starting around 1:11), preceded by Keillor’s offhand comment, “We don’t take phone calls on ‘A Prairie Home Companion,’ it’s just not a call-in-show, but this call comes from the White House so we’re going to make an exception.”

Keillor didn’t leave much room for Obama to praise him (in fact, he interrupted the president a couple of times, to shift the light away from himself) but you could tell Obama meant it when he talked about listening to Keillor in the car during his years in the Illinois State Senate, “when I was slogging back and forth between Chicago and Springfield,” and how the show made him feel “more human.”

It did that for a lot of people, millions and millions. Keillor may be the best storyteller we’ll ever hear, and we’ll miss him. “Radio has the permanence of a sand castle,” he said during the show, but this one lasted 42 years, a house of many rooms, and homey.

Thursday at the Dakota: “The Pines.” You might have noticed by now that our music picks skew toward classical, new music and jazz, because other genres, such as they are in a world where borders are ever more meaningless, are so thoroughly covered elsewhere. But we really like the Pines. They’ve been variously described as indie-roots, indie-folk, ghostly, American gothic, atmospheric and haunted. You can add to that list dreamy, lush and kind of lonely, with lyrics that lean toward poetry. We first learned about the Pines because one of our favorite drummers, JT Bates, has recorded and performed with them. 7 p.m. FMI and tickets ($35/$30). 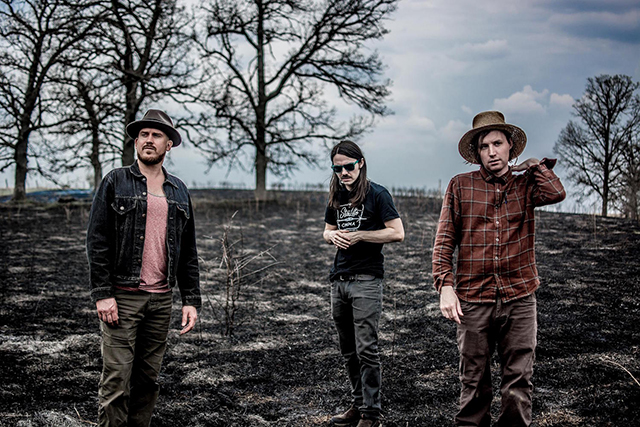 __description__
Thursday at the Dakota: “The Pines.”

Thursday at the Bryant-Lake Bowl Theater: “Miss Sharon Jones.” The Minnesota premiere of an intimate documentary about the modern-day soul singer and leader of the Dap-Kings. Jones fought for five decades to win recognition as a singer, then fought for her life after a cancer diagnosis. Presented by Sound Unseen and the Current. Doors at 6 p.m., film at 7. Tickets here ($10).

Friday at the U’s Quarter Gallery in the Regis Center for Art (East): Opening reception for “Work from the 2016 Women’s Art Institute Summer Studio Intensive.” Held at St. Catherine University, led by Anna Garski and Patricia Olson, the Women’s Art Institute Summer Studio Intensive is for contemporary women artists of all ages and backgrounds who want to refine their artistic process and explore questions around women and art. This exhibition presents the work of 13 artists based in Minnesota and Mexico. 5-7 p.m. in the Regis East Lobby. Free. Through July 29.

Saturday in St. Paul: Queer St. Paul Walking Tour. Stewart Van Cleve, author of “Land of 10,000 Loves: A History of Queer Minnesota,” leads a moderately paced walking tour of the city’s LGBTQ past. Meet at the NW corner of Kellogg Blvd. and Wabasha. 2-4 p.m. For 21+; beer and snacks included. FMI and tickets ($25/$20).