Twin Cities theatergoers know Angela Timberman well. We’ve seen her on stage at the Guthrie, the Jungle, Park Square, the Children’s Theatre, the History Theatre, the Ordway and Chanhassen. You won’t see her in “Talley’s Folly,” the play that just opened at Artistry in Bloomington, but she’s all over it. Lanford Wilson’s Pulitzer Prize winner is Timberman’s first outing as a director.

Launching Artistry’s 2016-17 season, its first under Producing Artistic Director Benjamin McGovern (formerly of the Guthrie and Jeune Lune), “Talley’s Folly” is an unusual love story: one act, one scene, two characters and a lot of talking. Set in an old Victorian boathouse in Lebanon, Missouri, in 1944 – pause here to cheer Joel Sass’ solidly convincing, richly detailed scenic design – it takes place in real time, over 97 minutes. We didn’t clock it, but that’s how long we’re told it will last by character Matthew Friedman (David Beukema) in the opening moments.

He has about an hour and a half to convince Sally Talley (Chelsie Newhard) that they belong together, though they’ve met just once before, a year ago, and much divides them. He’s a 42-year-old, Lithuanian-born Jewish accountant living in St. Louis; she’s the daughter of a wealthy, conservative Protestant family and 11 years his junior but already, in those times, an old maid.

Both are deeply scarred by their pasts, the particulars of which gradually emerge (well, not that gradually; the clock is ticking). She insists he never should have come, he’s not welcome, she’s not interested and he’s wasting his time. He persists. She has, after all, shown up to meet him wearing a new dress. She’s the girl for him. He won’t take no for an answer.

To some people in no-means-no 2016, this could be a deal breaker. Also the moment when Matthew grabs Sally’s wrist and won’t let go. Wilson’s play was written in 1979. Would it/could it be written today? Probably not, but neither could many of the plays now on stage in the Twin Cities. In “Talley’s Folly,” all’s well that ends well. Two damaged people find happiness with each other.

Which is not a spoiler, because the play isn’t about that reveal. It’s about the language used to get there. “Talley’s Folly” is a banquet of language. (Early on, Matthew tells Sally, “I don’t have a speaking vocabulary. I have a reading vocabulary.”) It also depends heavily on chemistry between the actors, and their ability to communicate to the audience what they see in each other and why we should care.

Beukema and Newhard have that crucial chemistry, more slow-ish burn than sparks, and we come to see how smart and funny, lyrical and sincere Matthew is, and how thoughtful, profound and worthy Sally is. Because the play is so wordy, it’s up to the director to keep things moving – physically within the confines of the set, and emotionally in a way that doesn’t seem rushed, forced or false. That’s Timberman’s job, and she does it well.

Beukema and Newhard are both young actors we’d like to see more of. (This is Beukema’s fifth role at Artistry, Newhard’s second.) Timberman can be proud of her debut as a director. And “Talley’s Folly” won’t eat up an entire evening or afternoon of your life. Remember: 97 minutes. FMI and tickets ($30/$26 seniors/$21 under 18). Ends July 24.

The Walker announced Tuesday that it has received a $1 million, 3½-year grant from the Andrew W. Mellon Foundation. The funds will be put to use starting this month for a variety of projects including new commissions, research and work on the website.

Nine new, large-scale events will be commissioned from artists who are working across artistic disciplines, including jazz/visual artist Jason Moran, dance/living installation artist Maria Hassabi and video/performance artist Laure Prouvost. A new research program will lead up to a national convening at the Walker in 2019. Work will be made more visible and accessible online.

In April, the Guthrie received a $1 million, three-year Mellon grant to support its Level Nine initiative, which includes lower ticket prices at the Dowling on the ninth floor, physical upgrades to the Dowling lobby, audience engagement events and commissioning new work.

Angela Timberman isn’t the only actor trying out the director’s chair. Included in MJTC’s season announcement is the news that Sally Wingert will direct its production of Matthew Lopez’s “The Whipping Man” in February.

Here’s the lineup: Aug. 17-31: “DAI (enough)” by Israeli-American performance artist Iris Bahr. Miriam Schwartz plays all 11 characters in a Tel Aviv café before a bombing. Oct. 29-Nov. 20: “Aunt Raini,” a drama by Tom Smith inspired by the life of German film director Leni Riefenstahl. Dec. 6-21: The return of the holiday play (and MJTC commission) “The Magic Dreidels,” adapted by playwright Jenna Zark from the children’s book by Eric A. Kimmel. Feb. 4-26, 2017: “The Whipping Man,” Lopez’s Outer Critics Circle Award-winning play about a young Jewish Confederate soldier. April 22-May 14: the world premiere of Wendy Kout’s new comedy, “We Are the Levinsons.”

Tonight (Wednesday, July 13) at Penumbra: Black Poets Speak Out: A Free Community Reading. The purpose of this event is to offer healing to Penumbra’s St. Paul community through poetry, music and fellowship. #BlackPoetsSpeakOut, a poetic protest, began in 2014 as a tumblr page of videos of black poets reading poetry, prayers and mantras in response to Ferguson. Today it’s a literary movement with readings around the world, a national letter campaign and lesson plans. A collaboration with White Space Poetry Project, ASL interpreted. Doors at 6 p.m., program from 7-9. FMI. Free, but space is limited. RSVP on facebook. 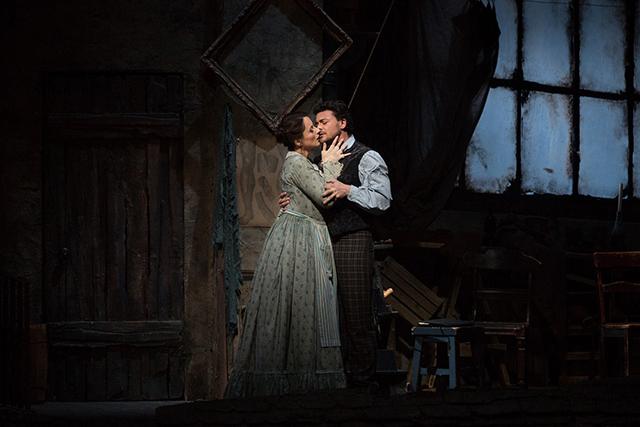 Tonight at a movie palace near you: “La Bohème.” We look forward to the Minnesota Opera’s production of Puccini’s masterpiece next May, but you can never see “Bohème” too often, and here it is at the movies, thanks to “The Met: Live in HD” series of summer encores. With Kristine Opolais and Vittorio Grigolo. 7 p.m. FMI and theater finder (click “Buy Tickets,” then enter your ZIP.) Ticket prices vary. 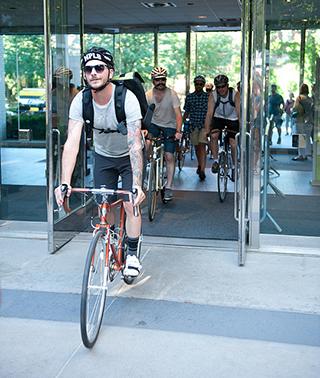 Thursday at Mia: Third Thursday: Bike Night. It’s the one night a year when you can pedal your bike through the museum’s doors. Once inside, check out the hand-painted art bikes, play Bike Night Bingo for a chance to win a new Surly bike (!), look at Finnish bicycles, enjoy live music, have a beer, get a free bike check and enjoy more Third Thursday goings-on. 6-9 p.m. Free.

Friday-Sunday in St. Paul’s Highland Park neighborhood: 33rd Annual Highland Fest. A community picnic, a movie in the park, lots of live music, an All-Ford Car and Truck Show (we haven’t forgotten you, Twin Cities Ford Assembly Plant), a beer garden, a juried art fair, a business fair, a meat raffle, and always exciting wiener dog races are a few of the varied attractions of this three-day family blowout at Ford Parkway and Cleveland Ave. Starts Friday at 5 p.m., ends Sunday at 5 p.m. Here’s the schedule.