Thirty-nine landscapes spanning four centuries, drawn from Allen’s personal collection, are now at the Minneapolis Institute of Art. A traveling exhibition of masterpieces, “Seeing Nature: Landscape Masterworks from the Paul G. Allen Family Collection” is being called the perfect summertime exhibition, but it’s really the perfect anytime exhibition, with something for everyone. Your grandmother will love it. So will your 5-year-old. Even your Pokémon-obsessed teen might put down the smartphone for a look at David Hockney’s giant-sized, color-drenched “Grand Canyon,” or a Monet.

The 39 paintings include five Monets, bringing the total number currently at Mia to nine. With “Seeing Nature” in the house, there are nine John Singer Sargents in the building. The Allen show also includes works by Manet, Cézanne, Maxfield Parrish, Thomas Hart Benton, Edward Hopper, Gerhard Richter and Georgia O’Keeffe, to drop a few big names.

There’s a hushed and delicate landscape by Gustav Klimt. (Fun fact: One expert estimates that Klimt’s “Birch Forest” contains 60,000 brush strokes.) And a weird and wonderful “Large Picture That Represents a Landscape” by surrealist Yves Tanguy, complete with a strange cat-like figure, and flags shaped like fish. And many paintings of Venice, the ultimate landscape, all stone and water and shimmering reflections. (Our favorite: a small Manet with bobbing gondolas and blue-and-white-striped barber poles.)

In an 18th-century painting by Volaire, Vesuvius erupts, sending a pillar of lava into the air, turning the sky red and terrifying the people of Naples. Nearby, in Richter’s 20th-century painting of a dormant Vesuvius, the volcano is barely visible in the distance, snoozy and shrouded in mist.

The show broadens the definition of “landscape” far beyond the typical fields and forests, water and hills. The first five paintings, Jan Brueghel the Younger’s “The Five Senses” series (which miraculously have stayed together since they were painted, around 1625), show collections of things to see, hear, smell, touch and taste, with the landscapes almost secondary. Ed Ruscha’s “Untitled” is a silhouette of a Standard gas station. O’Keeffe’s “Black Iris VI (Black Iris II)” is a mystery. Mia’s Rachel McGarry believes the eclectic collection shows “the artists’ delight in light and shadow – the very core of what landscape is.”

Each museum that hosts “Seeing Nature” arranges the show in its own way. McGarry, Mia’s site curator, brought an interesting eye and sensibility to the task of deciding what would go where and why. Notice how the wall colors complement the paintings, and the paintings pull you around each gallery. There’s more than the usual amount of seating, inviting you to sit and soak it all in. Photography is encouraged. And some of the paintings are accompanied by soundscapes exclusive to Mia. Use your mobile device (and earbuds, please) to hear the sounds of Venice, a lily pond and a rainstorm in Africa.

“Seeing Nature” is in the Target galleries through Sept. 18. FMI and tickets ($20/$16 for members or free, depending on membership level).

Annual Ibsen out, new series in at the Commonweal

Changes are afoot at the Commonweal Theatre in Lanesboro. For 20 of its 27 years, the Commonweal has annually produced a play by Norwegian playwright Henrik Ibsen. The company’s internal commitment to introduce southern Minnesota to the works of Ibsen evolved into a weekend-long, city-wide Ibsen Festival, unique in the nation, that drew audiences, scholars, guest speakers and artists to the picturesque small town in southern Minnesota. In 2008, the Commonweal received one of the first International Ibsen Scholarships awarded by the Norwegian Ministry of Culture, a prestigious 250,000 krone (then $43,000 U.S. dollars) award that enabled the theater to take “Hedda Gabler” on tour.

That decades-long commitment will end in 2017 with “When We Dead Awaken,” Ibsen’s final play and the last Ibsen production on the Commonweal’s stage for the foreseeable future.

Executive Director Hal Cropp said in a statement, “This is certainly not the death knell for Ibsen at the Commonweal. He will return, but after 20 years we feel we have explored these classics to the best of our ability. … We have shared more than a dozen of Ibsen’s plays with thousands of people. We have created an internationally known festival. … And of course we’re very proud to have commissioned fresh, new adaptations of Ibsen’s work by Jeffrey Hatcher.”

Hatcher’s adaptations – of “John Gabriel Borkman,” “An Enemy of the People,” “Pillars of Society,” “A Doll’s House,” “Brand,” “The Master Builder,” “The League of Youth” and, coming up, “When We Dead Awaken” – have turned thorny plays with unwieldy casts, archaic references and translation challenges into accessible plays small companies can produce. All were world premieres at the Commonweal.

Beginning in 2017, the Commonweal will launch a new series called “Wealhouse” – three plays to run alongside the five-show mainstage season. Wealhouse “will give our resident company more chances to shine in works that they are passionate about,” Cropp said, “and allow us to introduce new artists to our community.” Some performances will take place at alternate indoor and outdoor sites. Titles and locations will be announced in the fall, along with the 2017 mainstage season.

Cropp is in his 25th season with the Commonweal. A 2006 Sally Award winner originally from New York state, he has led the theater from its early years through the birth of the Ibsen Festival, which became a signature event, and the building of a new $3.5 million theater that opened in 2007. The 2017 season will also be a celebration of Cropp’s 25th anniversary year.

Tonight (July 14) through Sunday at the Southern: “A Hill in Natchez.” The hill is the site of a former slave market near the river in Natchez, Mississippi. Almost three years in the making, director Joe Horton’s new work uses music, visuals and dance to explore race, power, and the way historical wounds endure in the modern psyche, with the goal of creating a more empathic understanding. With music by DeVon Russell Gray (DVRG). FMI and tickets ($24/$18, free to ARTshare members). 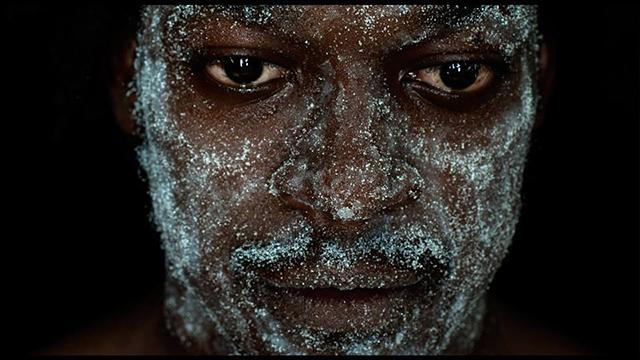 Courtesy of the Southern Theater
“A Hill in Natchez”

Friday at the Cedar: Femi Kuti & The Positive Force. His father, Afrobeat legend Fela Kuti, was a hard act to follow, but Femi is his own force in music and for social and political change. Currently on an extensive tour of North America, he and his 15-piece band will touch down at the Cedar for one night. Standing show, open floor, because there’s no point in trying to sit still. With Zuluzuluu and Worldwide Discoteque DJs. Doors at 7 p.m., all-ages show at 8. FMI and tickets ($50 advance/$55 day of).

Starts Friday at the Film Society’s St. Anthony Main Theatre: “Lumières françaises.” A week-long festival, new to the Film Society, that showcases contemporary indie French films and filmmakers. Includes features, documentaries, animated films and shorts, none of which (it’s probably safe to say) you’ve ever seen. Seven days, 11 titles. FMI, tickets, times and trailers. We’re intrigued by “April and the Extraordinary World,” an animated film from the producers of “Persepolis,” with Marion Cotillard as the voice of April.

Monday at Icehouse: John Medeski, Todd Clouser and JT Bates. Two nights in a row at Icehouse, but what can you do? This is a rare chance to see Medeski Martin and Wood’s keyboard master in an intimate, musician-friendly setting with an unusual (for him) trio: expat guitarist/composer Todd Clouser (now living in Mexico City) and our own JT Bates, drummer extraordinaire and curator of late-night Mondays at the club. They’ll perform mostly Clouser’s original tunes; Medeski has been his teacher and mentor. 9:30 p.m. 21+. FMI and tickets ($15 advance/$15 door).