The press release opens with words from Reuler that pretty much sum things up. In part: “Our space is reconfigurable. Our politics are irreverent. Our aesthetic is predictably unpredictable. Our value is egalitarian. Our aspirations are virtuosic. Our admission is free. Our access is unlimited.”

Sept. 30-Oct. 16: “Barbecue” by Robert O’Hara, directed by Thomas W. Jones II. Jevetta Steele, Regina Marie Williams, Sue Scott and Stephen Yoakam star in a play described as “cruelly funny” and “the hybrid child of Looney Tunes and Quentin Tarantino.” The New York Times called it “an intervention with love, insults and whiskey.” During an off-Broadway run, critics were asked not to give too much away.

Nov. 11-Dec. 4: “Orange” by Aditi Brennan Kapil, directed by Jack Reuler. Brennan, whose plays consistently puts marginalized voices center stage, is Mixed Blood’s Playwright in Residence. Her seventh world premiere at Mixed Blood, “Orange” is told from the point of view of a young woman on the autism spectrum.

Feb. 3-March 4, 2017: “Love in the Time of Cholera/El Amor en los Tiempos del Colera” by Caridad Svich, directed by José Zayas, based on the novel by Gabriel Garcia Marquez. A great work of magical realism comes to life, performed in Spanish with projected English supertitles. This is Obie winner Svich’s third adaptation for Mixed Blood of a significant Latin American novel, following Isabel Allende’s “The House of the Spirits” and Julia Alvarez’s “In the Time of the Butterflies.”

March 7-12: “Safe at Home” by Gabriel Greene and Alex Levy, directed by Jack Reuler with the creators. An 18-character thriller that uses baseball to explore flawed U.S. immigration policies, racial politics, Major League’s exploitation of Dominican players and more. For this production, Mixed Blood will move out of its Alan Page Auditorium and into CHS Field in Lowertown, where audiences will encounter scenes in a locker room, batting cage, press box, luxury suite, dugout and other locations rarely visited by the public.

April 7-30: TBA by TBA, directed by TBA. An “irreverent new comedy on its way to Broadway … so fantastically in demand that it can’t be formally announced.”

Were you one of the 758,961 visitors to the Minneapolis Institute of Art between July 1, 2015 and last Thursday? If you were, you helped set the highest attendance record in its 101-year history.

Half of each of the past two fiscal years fell within Mia’s 100th birthday year, a 12-month splash of weekly surprises, special events, big shows (the spectacular “Delacroix’s Influence,” the opulent “The Habsburgs,” the hushed but awe-inspiring da Vinci’s “Codex Leicester”) and small but stellar visitors on loan from major European museums: Vermeer’s “A Woman Reading a Letter,” Raphael’s “The Madonna of the Pinks” and van Gogh’s “Irises.”

Opening Sunday: “Seeing Nature: Landscape Masterworks from the Paul G. Allen Family Collection.” We saw a preview Thursday, and the workaday title doesn’t begin to capture the glories of this traveling show: 39 masterpieces spanning four centuries of painting the world outdoors, real and imagined, near and far. To drop just a few names: Monet, Manet, Hopper, Hockney, Canaletto, Cézanne, Magritte, Richter. We’ll tell you more about it next week, but meanwhile, you could trust us and get tickets now ($20/ $16 or free for Mia members, depending on membership level). Ends Sept. 18, which is sooner than you think. 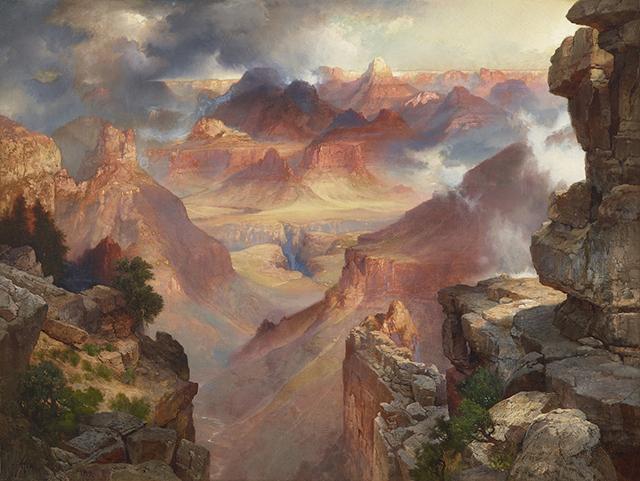 “Be Fine! It’s Season Nine!” of the Capri’s “Legends” series, curated by Dennis Spears. As always, these are family-friendly performances filled with music and touched with nostalgia. You can still buy the whole season, if you want, or just the show or shows that hold the most appeal for you. For all, choose Saturday at 7 p.m. or Sunday at 3 p.m. Here’s the lineup:

Sept. 10-11: “Sophisticated Lady: A Tribute to Natalie Cole,” featuring Ginger Commodore and friends. Nov. 19-20: “Chances Are: The Johnny Mathis Duets,” with Gwen Matthews and Gevonee Ford on vocals, Dan Chouinard at the piano. Feb. 11-12, 2017: “Sweeping Through the City: A Celebration of Gospel Music,” featuring Shirley Marie Graham and Sanford Moore. April 22-23: “Judy! You Bette!,” a program of Judy Garland and Bette Midler classics performed by Erin Schwab and band. 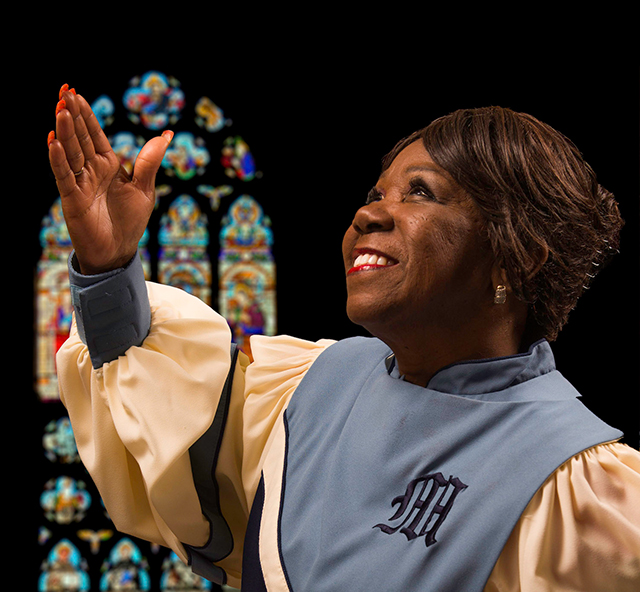 Photo by Pat Carney
Shirley Marie Graham in “Sweeping Through the City: A Celebration of Gospel Music,” part of the Capri’s “Legends” series.

Starts Sunday in Duluth: “Plein Air Duluth: Paint du Nord.” In Duluth Art Institute’s second annual outdoor painting festival, 40 artists from Minnesota and beyond will work outdoors to capture the landscape –post-industrial buildings, pristine wilderness and the greatest of the Great Lakes – in shifting natural light. The public is invited to take part in a quick paint on July 13 in Midtown Park from 6-7:30 p.m. An opening reception on July 15 from 5-7 p.m. at DAI Galleries will launch an exhibition on view through Sept. 9. FMI.

Monday at Icehouse: John Raymond, JT Bates and Jeremy Ylvisaker. New York-based trumpeter/flugelhornist/composer/bandleader Raymond visits the Cities at least a couple times a year because his parents still live here, and it’s worth going to see him wherever he plays. This time it’s with guitarist Ylvisaker and drummer Bates, who programs Monday nights at Icehouse and has been doing a bang-up job. 9:30 p.m. $8 at the door.