Does any comparably sized metro area have more author series than we do? Let’s do a quick tick: MPR and the Star Tribune’s Talking Volumes. The Friends of the St. Paul Public Library’s Fireside Reading Series, Twin Cities Jewish Book Series, and all of the author events associated with Minnesota Book Awards. The Loft’s Mentor, Equilibrium, McKnight and Second Story series. Intermedia Arts’ Queer Voices: An LGBT Reading Series, now in its 10th year.

Then there’s the University of Minnesota’s UMN English Writers Series. The Rain Taxi Reading Series (and its annual Twin Cities Book Festival, which led this column yesterday). The Literary Witnesses series at Plymouth Congregational Church. The Friends of the Hennepin County Libraries’ PenPals and Talk of the Stacks. Carol Connolly’s Readings by Writers. The Cracked Walnut Literary Festival. The Birchbark Books Reading Series.

Club Book came on the scene in 2010, supported by money from the Legacy Fund and coordinated by a group within the Friends of the St. Paul Public Library. Unlike most other author/literary series, Club Book is not based in a particular place. It travels from library to library in the seven-county Twin Cities metro. (Kind of like the way the St. Paul Chamber Orchestra performs in several neighborhoods during its season.) Smaller libraries that couldn’t afford to bring in big-name authors on their own can now host writers like Sara Paretsky and Isabel Wilkerson, Walter Mosley and Alexander McCall Smith. (The series’ history is impressive; take a look.) Every Club Book program since January 2014 is available as a podcast. All events are free and open to the public.

These are the nine authors who will appear on the Fall 2016 season, and where we can go to see them:

Tuesday, Sept. 20, in Roseville: Mystery writer Cara Black, the New York Times best-selling author of the Aimée Leduc series. Monday, Sept. 26, in Anoka: Lucie Amundsen, co-founder of Locally Laid Egg Company and author of “Locally Laid: How We Built a Plucky, Industry-Changing Egg Farm – From Scratch.” Wednesday, Sept. 28, in Chanhassen: Charlotte Rogan, whose book “The Lifeboat” is being adapted into a major motion picture produced by and starring Anne Hathaway.

Wednesday, Oct. 12, in Prior Lake: American Book Award winner Chitra Banerjee Divakaruni, whose latest, “Before We Visit the Goddess,” is set in India and Texas. Monday, Oct. 17, at Hennepin County Library in Southdale: Historian and New York Times best-selling author Candice Millard, whose newest book (out by the time she arrives here) looks at Winston Churchill before he was PM. Tuesday, Oct. 18, in Arlington Hills: Terry McMillan of “Waiting to Exhale” and “How Stella Got Her Groove Back” fame; her “I Almost Forgot About You” came out in June.

Tuesday, Oct. 25 in Stillwater: Lily King, author of “Euphoria,” a page-turner based on the New Guinea fiel,dwork of Margaret Mead. Wednesday, Nov. 2, in Woodbury: Sy Montgomery, an internationally renowned naturalist whose latest New York Times best-seller is “The Soul of an Octopus.” Monday, Nov. 14, in Apple Valley: R.T. Rybak. The former Minneapolis mayor’s candid memoir, “Pothole Confidential,” is a must-read.

There are so many author series, who has time to read? Kidding. Back to serious: If there’s a series (or several) we neglected to mention, please let us know by email or in the comments below.

The Minneapolis/St. Paul Business Journal has its 40 Under 40. Forbes has its 30 Under 30. In 2011, Silicon Valley billionaire Peter Thiel announced the inaugural class of his “20 Under 20,” a program designed to encourage young people to pursue entrepreneurship by giving them up to $100,000 each. (Since renamed the Thiel Fellowship, it has flexed a bit; it’s now more like “29 Under 23.”)

Say hello and welcome to Pollen’s first “50 Under 50.” Working with AARP Minnesota, Pollen has named 50 Minnesotans over the age of 50 who have made significant contributions and achievements in their communities. The 50 names are evenly distributed among five categories: Disruptor, Arts, Nonprofit, Community and Business.

Take a look at all 50 here. We wish someone would give each of them $100,000. Until then, you can attend a celebratory event on Thursday, Oct. 15, to meet them, congratulate them and tell them to please keep doing what they’re doing. The event is a breakfast from 8-10 a.m. at the Machine Shop, with AARP CEO Jo Ann Jenkins as keynote speaker. FMI and tickets ($35).

Something we blew past yesterday in reporting the 2016 Fringe attendance figures and Top 10 shows by ticket sales: The day passes/wristbands worked. That was a gigantic change, the first for any Fringe anywhere, and maybe things could have gone terribly wrong, but they didn’t. Derek Lee Miller noted on Minnesota Playlist, “The wristband scheme may not have raised overall attendance, but it certainly made the lines at Fringe easier, so we can still probably chalk this change up to a win.”

Tonight (Thursday, Aug. 18) at Mia: Third Thursday: Seeing Nature. If you haven’t yet seen the utterly splendid exhibition of landscape paintings from Microsoft co-founder Paul G. Allen’s family collection, here’s your chance to get in for free: just go to Third Thursday (free) and sign up for a Mia membership if you’re not already a member (also free). You should probably call 612-870-3000 before going (like, now) to reserve a timed entry spot. Plus there are the usual Third Thursday art-related shenanigans and activities, live music, and a food truck, along with people-watching. 6-9 p.m. in Target Park across 24th St. 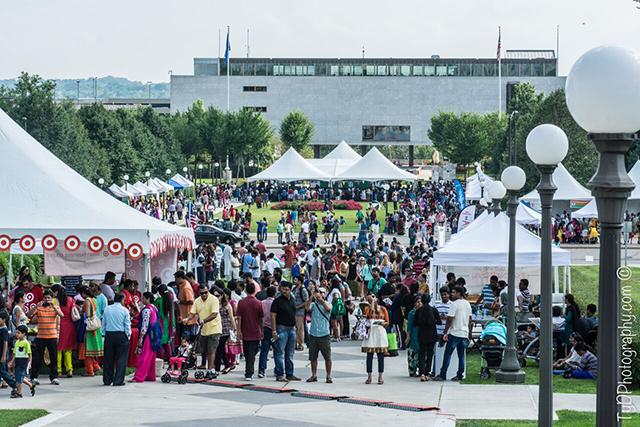 Saturday on the Minnesota State Capitol grounds: IndiaFest. Gov. Mark Dayton has proclaimed Saturday India Day. Come celebrate with what is surely one of the most colorful festivals in Minnesota. This year features performances by four acclaimed dance groups: Ragamala, Ananya, Pangea and Katha. Plus deliciously spicy food from eight Twin Cities Indian restaurants, exhibits, activities, a parade and a bazaar. Presented by the Indian Association of Minnesota (IAM). 11 a.m.-9 p.m. FMI. Free. Get your free Metro Transit pass here. 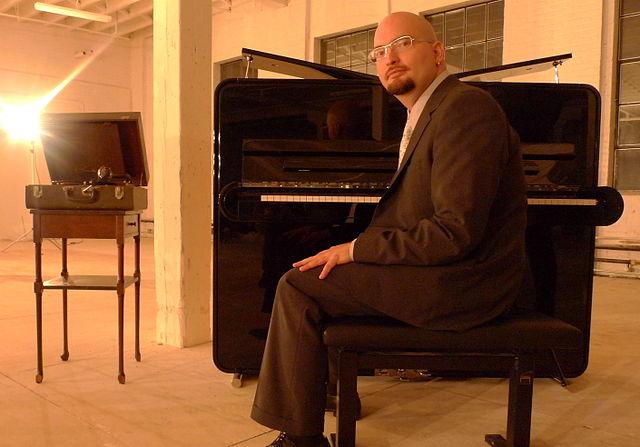 Saturday at Crooners: Ethan Iverson. A super-rare chance to hear The Bad Plus pianist solo. (The trio returns to the Dakota for their annual Christmas residency in December.) In 2013, he gave a solo concert at Carnegie Hall of original music, jazz standards and classical works including Stravinsky’s Serenade in A. Sunday’s program description says “a diverse selection of jazz piano including a few surprises: James P. Johnson, Mary Lou Williams, Hall Overton, original pieces.” Iverson will take the bench at the Bosendorfer at 7 p.m. Before then, from 4-6 p.m., he’ll lead a master class, and your ticket gets you into both, if you want to observe the class. In the Dunsmore Room, made and meant for listening. FMI and tickets ($20, $50 dinner show).