What began in 2013 as a one-day event and grew to three weeks in 2014, when it added a Baroque Instrumental Program, is back for another three weeks plus starting Friday, Aug. 5. If the third time is the charm, the Twin Cities Early Music Festival is here to stay.

Run by musician Donald Livingston, TCEMF brings together singers and musicians from Minnesota and beyond who specialize in the performance of music from the medieval through the classical period. This year’s events include 27 concerts, a movie, an Early Music Market, several harps, harpsichords, baroque flutes, violins and cellos, gambas, lutes, and at least one each arpa doppia (double harp) and lirone (a bowed stringed instrument). Also old English songs, art songs and an opera.

The concerts, almost all in the evening, take place at various venues in Minneapolis and St. Paul. Ticket prices start at $15 adult/$10 student/$5 for ages 12 and under; packages and a Festival Pass are available. Some events are free.

Saturday, Aug. 6: “Birds, Bees, and Beaus: English Songs of the 17th and 18th Centuries.” With Maria Jette’s silvery soprano, animated expression and wit, and Livingston at the keyboard, this should be delicious. 8 p.m. at Ultan Hall.

Wednesday, Aug. 10: “Spurious!” The Los Angeles-based Ensemble Bizarria makes its Minneapolis debut with a program of music that may – or may not – be by Handel, Bach, Corelli and other Baroque composers. They invite the audience to spot the imposter(s). 7 p.m. at a location TBD.

Saturday, Aug. 13: “Renacimiento Español.” A program of 15th and 16th century Spanish music performed by Ensemble Sprezzatura, “friends who acquired somewhat quirky, difficult instruments and decided to put together a program to show them off.” 8 p.m. at Ultan Hall.

Wednesday, Aug. 17: Bach’s “Goldberg Variations.” A solo performance on harpsichord by Sungyo Cho. Honestly, when you have the chance to hear someone play the Goldbergs live, you should take it. 5 p.m. in the Baroque Room in Lowertown.

Wednesday, Aug. 17: Schubert’s “Der Winterreise.” Baritone Lu Zang and pianist Yunyue Liu perform Schubert’s famous song cycle, considered one of the greatest ever written. A writer for classical radio station WRTI (Philadelphia) described it as “a world unto itself of melodic beauty, spiritual torment, the bleakness of lost love, and the coldness of the hand of death.” Performing the whole thing is a workout. 7 p.m. in the Schubert Club Recital Room in Landmark Center. (Yes, you can see the Goldbergs and the Winterreise in the same night.)

Friday, Aug. 19: “Bach and His Heroes.” Directed by Ogg, the large ensemble Lyra Baroque Orchestra presents a program by Bach and those whose music he admired, including Telemann, Zelenka and someone named J.J. Fux. 8 p.m. in Sundin Hall.

Saturday, Aug. 20: Early Music Market. Want to know more about early music, the instruments used to make it, and why people bother? Come for a day of short performances, exhibitions, demonstrations and chances to get close to beautiful instruments. 10 a.m.-3 p.m. at Hennepin Avenue United Methodist Church.

Side note: It’s frustrating when festivals collide, but this is the arts-mad Twin Cities, so what can you do? Those who love theater and music have some hard decisions to make over the next several days, with the Fringe (Aug. 4-14), the TCEF (Aug. 5-28) and the Source Song Festival (Aug. 8-13) all happening at once. Like TCEF, Source is in its third year, but its focus is on new music. This year’s Source spotlights Minnesota’s Pulitzer Prize-winning composer Dominick Argento, and Gov. Mark Dayton has proclaimed Aug. 8 Dominick Argento Day. 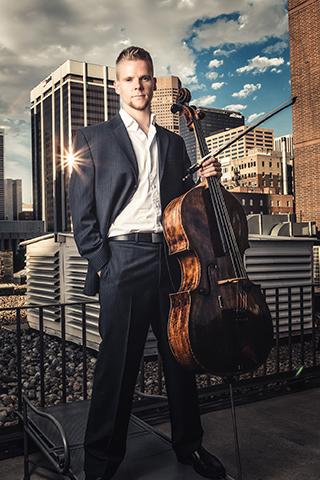 We used to think jazz drummer Adonis Rose had the most beautiful name in music. Now it’s a tie with Silver Ainomäe (EYE-noh-mye), the Minnesota Orchestra’s new associate principal cello.

Ainomäe comes to Minnesota from the Colorado Symphony, where he became principal cello in 2009. Born in Estonia, he began playing cello and piano at age 6. He was 8 when his family migrated to Finland (and he played his first international competition), 12 when he was accepted to the Sibelius Academy in Helsinki. He made his solo debut with the Estonian National Symphony Orchestra in 2000. Now 34, Ainomäe has won multiple prizes and awards and performed in more than 30 countries as a soloist, chamber and orchestral musician.

“I am thrilled to join forces with some of the finest musicians in the country and very excited to move to Minnesota,” Ainomäe said in a statement. Principal cellist Anthony Ross said, “Silver is truly a welcome addition to the Minnesota Orchestra … a true artist who will enhance the quality of our great orchestra and stellar cello section.”

The orchestra hasn’t had a full-time associate principal cello since Janet Horvath resigned in 2012 for health reasons, after 32 years. Ainomäe begins his new role at the start of the 2016-17 season.

You can almost smell the meat sizzling on the grills in artist Chris LaFontaine’s photo-based “Steak Sandwiches.” You’ll see it all over the Art Crawl (Oct. 14-16), as the official poster and the cover of the catalog, and any food truck selling steak sandwiches should come prepared for an extra busy weekend.

A former photofinisher and owner of the Shutterbug stores, LaFontaine creates images using a variety of digital techniques applied to both film and digitally-captured original photographs. You can see more of his work at AZ Gallery in Lowertown. 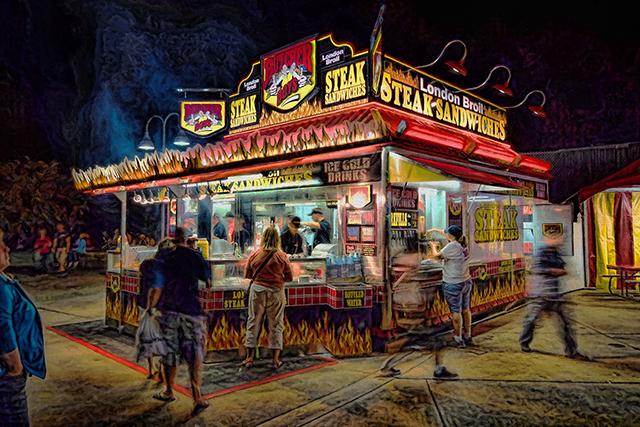 Tonight (Wednesday, Aug. 3) at Mill City Museum: Black Market Brass. The Mill City Live summer concert series gets off to a strong start with the 12-piece Minneapolis-based funk and Afrobeat band. Good music in a spectacular setting – the museum’s open-air Ruin Courtyard – plus food and drink by D’Amico available for purchase. 6-8 p.m. FMI and tickets ($5); includes museum admission from 4-9 p.m. So, if you want, you can go early and see some exhibits. 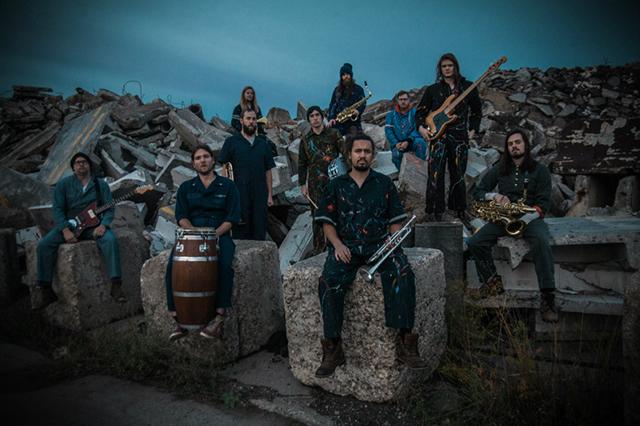 Now at the Mill City Museum: “Up and Down: The H.H.H. Metrodome Portfolio.” Using a large-format field camera, photographer Mark E. Jensen documented the construction of the Metrodome from 1980-82. He returned in 2014 to photograph its demolition. Side-by-side, his B&W images chronicle a beginning, an ending, and 30 years of change in downtown Minneapolis. FMI including hours and admission. Ends Nov. 6.

Thursday at Sidhe Brewing Co.: An Evening of Stories with Veterans’ Voices. In May, Minnesota veterans of the Veterans’ Voices Storytelling Project attended a workshop with The Moth Community Program designed to help them shape their experiences into well-crafted stories and share them. They’ll take the stage, show what they’ve learned and tell their stories. 7-9 p.m. Free and open to the public.

Opens Friday at the Film Society’s St. Anthony Main Theatre: “The Seventh Fire.” The closing presentation at MSPIFF in April returns for a full week of multiple screenings. Filmed on the White Earth Indian Reservation in Northern Minnesota, executive produced by Terrence Malick, Natalie Portman and Chris Eyre, directed by Jack Pettibone Riccobono, it takes us into the lives of two young men involved in Native American gang and drug culture. The New York Times called it a film that “grabs viewers by the backs of their necks.” FMI including times, tickets and trailer. (Tip: $5 Tuesdays.).