Raise your hand if you’ve heard of Blakiston’s fish owl.

Hints: It’s the largest owl species in the world, weighing up to 10 pounds, 2½ feet tall, with a 6-foot wingspan. It eats fish, mostly salmon, and frogs. It lives mainly in the southeasternmost part of Russia, in a province called Primorye, bordered by China, North Korea and the Sea of Japan. And it’s in trouble. According to the IUCN Red List of Threatened Species, the global population is only about a few thousand birds, its survival jeopardized by logging, roads, development, dams and overharvesting of salmon.

Lucky for the Blakiston’s, Jonathan Slaght is in its corner. A conservation biologist and University of Minnesota Ph.D., Slaght (rhymes with “cat”) is the Russia and Northeast Asia coordinator for the Wildlife Conservation Society. He’s also one of the world’s leading experts on the very big birds. When he’s not in Primorye tromping through snow in ancient forests, fording icy streams in camo waders, and tracking owls (and Amur tigers, commonly and mistakenly called Siberian tigers) in subzero temperatures, he lives with his wife, Karen, and their two young children in Minneapolis.

If you’re wondering what a conservation biologist is doing in an arts column, Slaght is a photographer and an author whose first book is due out in September.

The Jane Goodall of fish owls

Slaght is the Jane Goodall of fish owls. Raising awareness is key to generating interest and support. In 2005, Slaght started the Blakiston’s Fish Owl Project, a collaboration with Sergei Avdeyuk of the Amur-Ussuri Center for Avian Diversity and Sergei Surmach of the Russian Academy of Sciences Institute of Biology and Soils. (The Bell Museum is one of the project’s funders. The Minnesota Zoo is another.) The website includes links to media coverage in the Guardian, Audubon magazine and the New York Times, among others; summaries of scientific research papers; and photographs (most by Slaght) of the shy, rumpled-looking, yellow-eyed owl. You can download two different Blakiston’s Fish Owl ringtones, one a juvenile screeching and another a pair of adults singing a duet in low whoo-whoos. There’s a Donate button and a page of “Fish Owl Gear” to buy – stickers, T-shirts, mugs and other merch.

An exhibition of Slaght’s photography, “East of Siberia: Wildlife and Wild Places of the Russian Far East” is at the Bell Museum through Sept. 18. He walked us through it in mid-August, soon after returning from an international tiger conservation conference in China. Among the 40 photographs are limitless landscapes, scenes of village life in Primorye, wildlife including tigers and a raccoon dog (an actual dog that looks like a raccoon and hibernates like a bear), and Blakiston’s owls: adults, a fluffy chick and scruffy juvenile. The show is a window into a world most of us will never see, of vast forests, sandy beaches where tigers roam, and towns left to fend for themselves when the Soviet Union fell. 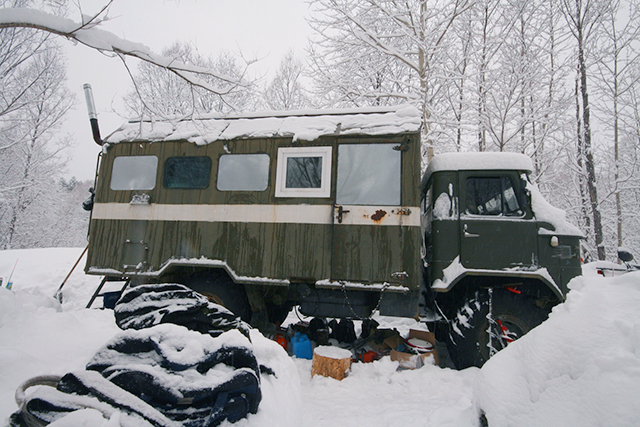 Born in Virginia, Slaght spent much of his childhood in other countries – Panama, Uruguay, Germany, Canada, Russia. His father, Dale Slaght, was a U.S. diplomat. Once, when Dale was stationed in Moscow, 16-year-old Jonathan traveled with him to Vladivostok, Primorye’s capital city. He remembers looking out the window of the plane as it flew south toward the city and seeing nothing but dense, old-growth forests and rolling hills. “I was mesmerized by this wild place,” he said.

About two-thirds the size of Minnesota, Primorye is “an intact, massive landscape.” Because it was never glaciated, “it’s the only place in the world where there are brown bears and tigers living in the same forest, because it’s the only place where the subtropics and the boreal ecosystem still meet. So it’s weird.” Summers are hot, humid and foggy, especially along the coast. During the winter, temperatures can drop to -30 Fahrenheit at night.

Slaght studied Russian in high school in Pennsylvania, where one of his classmates was Minnesota Orchestra violist Sam Bergman. After earning his B.A. in Russian Language and spending a semester in Vladivostok, he joined the Peace Corps and asked to be sent to Russia. “I kept coming back and kept refining my interests, from the language and the region to birds and down to that owl.”

He was in the Peace Corps when he saw his first Blakiston’s fish owl. “It had always been this mythical thing. I knew about it, but I never thought I’d see one.” He described the sighting for the BBC’s Outlook podcast earlier this year:

We were walking along a river when suddenly this massive thing just exploded out of a tree somewhere ahead of us. This brown thing with about a two-meter wingspan, crashing through the trees. Branches are falling down. A big, fluffy, feathery thing flying off. It landed and just stared at us.

Slaght’s sighting was the first time in 100 years the Blakiston’s had been seen that far south in Russia. “That single encounter 16 years ago has driven the focus of my life,” he said. He wrote his dissertation on the Blakiston’s. “I like birds, I like challenges, and they’re an absolute challenge to study. You have to be willing to spend a long time in the woods at minus 30, because that’s what it takes.”

On becoming a writer

Slaght now spends up to three months each year in Primorye. For several weeks in the winter, he does field work far from civilization. He and his colleague Sergei Avdeyuk and two or three other Russians share a two-room apartment with a wood stove that was built on the back of a GAZ-66, a Russian flatbed truck capable of handling Primorye’s terrible roads.

And that’s how he became a writer. 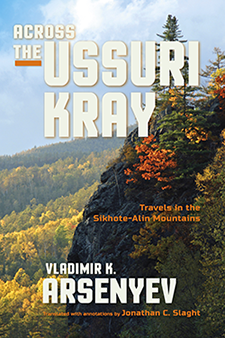 “We’d be in that truck for basically two months, and it’s me and these Russians, and I don’t mean this in a derogatory way, but they don’t speak my language,” Slaght said. “So I started to write as a way to have time for myself to think in English. I wanted to think on my own, do something on my own. I’d sit, put on earphones and write about the experiences we were having.” Slaght’s field notes became the core of a book, working titled “Owls of the Eastern Ice,” which is currently with a literary agent.

He started reading a 1921 book, “Across the Ussuri Kray,” by the Russian explorer and naturalist Vladimir K. Arsenyev (1872-1930), who explored Primorye more than 100 years ago. Three of Arsenyev’s expeditions inspired Akira Kurosawa’s Oscar-winning film “Dersu Uzala.” Slaght said, “I don’t like reading Russian, so I started to translate it. About halfway through, I thought – maybe this is good enough.”

Slaght’s translation, with his annotations, will be published in September by Indiana University Press. On Sept. 29, The Museum of Russian Art will host a presentation and book signing.

Slaght also blogs monthly for Scientific American and often for the Wildlife Conservation Society. He’s one of those rare science writers who can publish in academic journals, then turn around and write engaging, colorful stories about the people he meets, the places he goes, the work he does and why it matters.

We asked about writers he likes to read – writers who have influenced him. He had to think about that and sent us this list a few days after we met at the Bell. In his words:

There’s still time to catch Slaght’s “East of Siberia” photography exhibition before it closes on Sept. 18. This is the penultimate show at the Bell Museum, which closes on Dec. 31. A new Bell (with a planetarium) is being built on the University of Minnesota’s St. Paul campus, with a grand opening planned for Summer 2018.

Tickets ($12-15) are available to Slaght’s presentation and book signing at The Museum of Russian Art on Thursday, Sept. 29, from 6:30 to 7:30 p.m. Slaght’s latest blog post for Scientific American is about Vladimir Arsenyev. Read it here.

As a conservation biologist, Slaght is hyper-aware and far more knowledgeable than most of us about the connections and interdependencies among living things. Take a look at “Making Pesto? Hold the Pine Nuts,” an op-ed he wrote for the New York Times in October 2015.