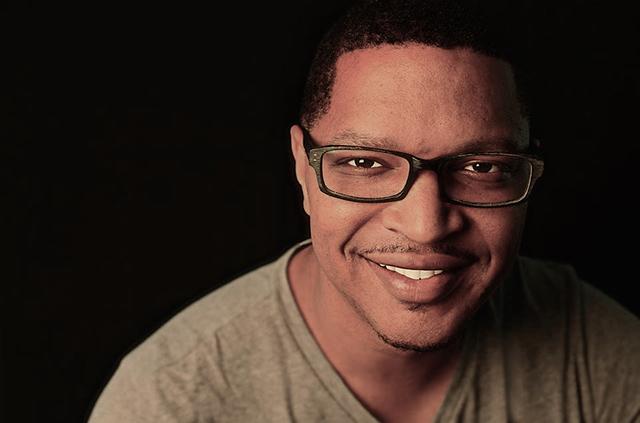 Courtesy of the artist
Justin Ellington

In “Bars and Measures,” a new play by Idris Goodwin that opens this week at the Jungle Theater, music is as much a character as the two main characters, brothers Eric and Bilal. Eric is a classical musician and a Christian who goes by the name his parents gave him. Bilal is a jazz musician who changed his name when he became a Muslim. Eric is a free man; Bilal is in prison, awaiting trial on terrorism charges. When Eric visits his brother, they talk about music, and they talk in music.

So while “Bars and Measures” doesn’t come with music already written for it, like musicals do, it requires music. Playwright Goodwin is also a musician, a rapper and hip hop poet whose latest album is “Rhyming While Black,” but he didn’t create the music for “Bars and Measures.” For that, the Jungle called a composer named Justin Ellington, whose ties with the theater’s new artistic director, Sarah Rasmussen, reach back several years.

They first worked together in La Jolla, California, in 2008, where Rasmussen was assistant directing “The Seven,” an Aeschylus adaptation by playwright Will Power for which Ellington wrote the music. “Since then, we’ve crossed paths every so often,” Ellington said in conversation last week. “I did a piece here years ago” [Power’s “Five Fingers of Funk” at the Children’s Theatre] “and Sarah came to see that. We’ve just kind of been on each other’s radar, and I’m a huge fan of hers, so when she called, I didn’t hesitate.” More recently, Ellington was the sound designer for the Guthrie’s “Trouble in Mind.”

Ellington grew up in Atlanta, Georgia, and began playing piano on his own as a child. “A piano showed up one day,” he said. “I was so happy to see it. Before I took any formal lessons, I played with some of the best bands of all times. We had a split-level house, and I’d go downstairs and put an album on my dad’s record player, usually Cannonball Adderley, and I’d run upstairs to the piano and start playing along with the band.”

Composing came later, but not much later, and it started with a girl. “It all came from a long-distance relationship I had in the eighth grade. I know that sounds ridiculous. I met this girl on a school trip and she lived in Tennessee. We would get on the phone and talk to each other. One of the super-sappy things I did was put on classical music and make up stories to whatever the music was doing. I felt like I was a storyteller, and my medium was the piano. That was the beginning of composing for me. I didn’t know what I was doing when I sat at the piano, I just knew what it felt like. … I was digging for emotion.”

Ellington played in school bands and sang in choirs. “Oftentimes it came from me joking around. I was mimicking an opera singer in the hallway in eighth grade, and the chorus teacher came out and asked ‘Who was that?’ And the next week, I’m in the chorus. Things were presented to me that I had fun with and didn’t necessarily take so seriously, which I think was important. I wasn’t thrown into piano classes; it was always my choice.

“There was a piano teacher in my neighborhood, Archie Black, and he would teach kids for, like, $30 a month. It got to a point where my dad said, ‘Listen, we can’t really afford to do this,’ and by that time I had been involved with [Black] for a while, and he waived the fees and allowed me to keep coming and learning. I was probably his worst student, because my brain was already wired to create music, not necessarily play other people’s music. … He allowed me to explore and learn and fall and get up, and I think those are the things that make a composer vs. a player or a teacher.”

Ellington did not take the conservatory route. “My first attempt at a degree was architecture. To me, that was the same as composing, the same as cooking – building something that has aesthetics and purpose. Eventually I switched to music engineering, because that would allow me to get into the recording studio.”

At 19, partway through college, he was looking for a summer job when a friend recommended he check out the Freddie Hendricks Youth Ensemble of Atlanta. [Today the Youth Ensemble of Atlanta is known as the South’s premiere African-American youth theater company.] “I was brought in to play piano, and after the first rehearsal, they said, ‘Hey, want to be musical director?’ And I said yes. I had no idea what that was. I’ve kind of been doing that ever since.”

He met playwright Will Power in 2005 and worked with him on “The Seven” in La Jolla in 2008. That’s the earliest piece listed on his theatrical resume, which now includes more than 30 productions and workshops for which he wrote the music, did the sound design, or both. In eight short years, Ellington has written original music for plays by Shakespeare and Arthur Miller and contemporary playwrights including Joe Mantello, Dominique Morriseau, Lynn Nottage and Marcus Gardley. He collaborated with Power on “Stagger Lee,” a new musical that premiered in Dallas in 2015 to rave reviews. 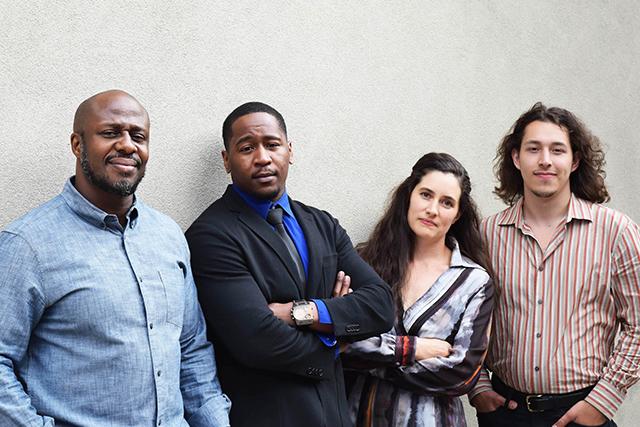 Ellington is currently working with Power on a new commission for Center Theater Group in Los Angeles tentatively called “Wade in the Water.” He’s writing an original piece that’s still in the very early stages, and he’s also working on a new piece with Marcus Gardley. “That has had a few workshops, and we still have a little ways to go, but it’s coming.” He seems to have found his niche.

What draws him to composing music for plays? “The storytelling,” he said. “It’s an opportunity to tell a story in a particular world.” Does he have to like the story? Does that matter? “It does. I need to understand it first, and typically there’s something in there that will touch me or affect me in some way, and that’ll be my way in.”

What drew him to Goodwin’s “Bars and Measures”? Several things. “One, that this form of music – jazz – was being used like it was,” he said. “That has not come across my desk often, a play that uses jazz that is not elevator music. Though I’ve been hearing Miles Davis in elevators, so times are changing. … The text embodies a lot of jazz rhythms and back-and-forth, and the play requires the type of listening I think is required in jazz.

Another big draw was the chance to work with director Marion McClinton. “That was huge. Between Marion and Sarah, there’s a good chance I would have said yes without even knowing what the production was.

“The play was icing on the cake. It’s a really strong play, and I like how music is used in it, not just for transitions, but how important it is for each of the characters. It’s essential. That was huge for me. I could find myself in it immediately, and use music the same way I use it in my life. Music is an escape and a release. I can’t sit in stress or be depressed when I have music. If I didn’t have music, it’d be rough. I’m very fortunate.”

If the name Ellington rings a bell, it should. Edward Kennedy “Duke” Ellington was the greatest jazz composer of all time. Justin Ellington is related, but only distantly; he’s more closely related to the artist Romare Bearden, who was Duke’s second cousin. And he’s a bit prickly about the Ellington connection, which he doesn’t even mention in his bio.

“I’ve been online and seen that I’m his grandson,” he said. “I’ve heard nephew, great-grandson – all sorts of things. I think sometimes it gets distracting and it sets a level of expectation. I’m not and never wanted to be Duke Ellington the artist. The success? Sure, who wouldn’t want that?”

Has the name helped him or hurt him? “When I was a kid, I definitely did not like it, because anything I did, any skills I had, was because of that. And nobody knew the hours I spent just playing around on the piano, having a good time in my parents’ house, in my solitude … if I can use a Duke Ellington reference.”