The Minneapolis Institute of Art has one of the nation’s most important Asian art collections, thanks in large part to the generosity and expertise of Bruce Dayton and his wife, Ruth Stricker Dayton. The Chinese art collection they built with their gifts and purchases has attracted other gifts, including $25 million in Japanese art from California collectors Libby and Bill Clark in 2013 and a large collection of rare Japanese and Korean art (along with a $12.5 million endowment) from the Mary Griggs Burke Foundation in 2015. Both have added more than 2,400 objects to Mia’s Asian art collection.

Announced Monday, a $6 million bequest from Alfred P. Gale will enable Mia to create years of programming that will make the public more aware of the Asian art collection, bring the collection to life in new ways, and create greater understanding and appreciation of Asian art and culture.

Each year, Mia will focus on a particular area of the collection. The Year of Chinese Art begins this fall with “Ink Unbound: Paintings by Liu Dan” (Sept. 17-Jan. 29, 2017), a show of new works by one of China’s leading contemporary artists. One of the works will be a Mia commission, a new ink painting from Liu that responds to an old master in the museum. Liu will be an artist-in-residence here from Sept. 17-30.

Future plans for what’s being called the Gale Art Initiative will include a Family Day that celebrates Chinese New Year, a four-part series on Chinese art for adult learners, public workshops on Japanese courtly painting and on the Japanese tea ceremony (Hey Mia, please bring back Richard Bresnehan and his tea bowls), and an exhibition of Asian funerary objects curated by the Vietnamese artist collective Propeller Group, to accompany its film about the funeral traditions and rituals of South Vietnam.

Mia Director and President Kaywin Feldman said in a statement, “By establishing the Gale Family Endowment at Mia, Mr. Gale recognized an important truth – that programming is key to maximizing the impact and excitement of permanent displays and exhibitions.”

Disney’s “The Lion King” recently ended a five-week run of 40 sold-out performances at the Orpheum before moving on. It grossed $8 million at the box office, entertained more than 98,000 theatergoers and generated an estimated $26 million in economic benefit for the city from travel, hotels, restaurants, parking and other businesses patronized by theatergoers and production staff, according to Hennepin Theatre Trust.

The highest-grossing Broadway musical ever – it blew past “Phantom of the Opera” in 2012 – “The Lion King” made its debut at the Orpheum in July 1997. This was its fourth return visit.

The $26 million figure is based on the “Economic Impact of Touring Broadway” report by the Broadway League, a national trade association. The local economic impact of Broadway tours is estimated to be 3.27 times the gross ticket sales.

From 220 emerging Minnesota writers who applied for the Loft’s 2016-17 Mentor Series in Poetry & Creative Prose, 12 have been selected for yearlong, intensive mentorships with award-winning writers.

All participants and mentors will give public readings at the Loft, with dates TBA this fall. The Mentor Series program is funded by the Jerome Foundation, the NEA and Loft members. 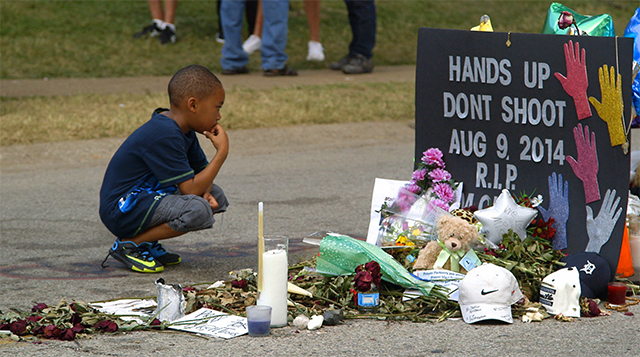 Courtesy ro*co Films
A still from “Do Not Resist.”

Thursday at the Walker: Cinema of Urgency: “Do Not Resist.” A showing of Craig Atkinson’s award-winning look into the militarization of American police forces will be followed by a discussion between Atkinson and Rep. Keith Ellison. 7 p.m. Free. Pick up tickets at the Hennepin box office starting at 6 p.m. 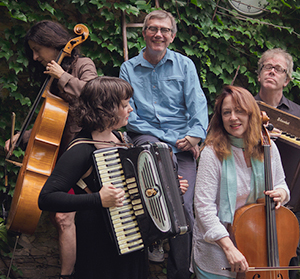 Thursday-Sunday at Open Eye Figure Theatre: Kevin Kling and Collaborators: Greatest Hits & Juicy Bits. Every August for the past 10 years, storyteller Kling has worked with other artists to make and perform an original work, usually on a theme. This year, they’re revisiting some of their favorite songs, poems, and stories from past shows, and they have a lot of rich material to choose from. Written and performed by Kling, with musicians Simone Perrin, Michelle Kinney, Jacqueline Ultan and Eric Jensen. 7:30 p.m. Thursday-Saturday, 4 p.m. Sunday. FMI and tickets ($26/$22/$18; pay-as-able option always available).

Saturday on your smartphone or laptop: Metallica. Can’t get tix to the Metallica show at U.S. Bank Stadium? Put your feet up, plug in your earbuds and listen at home or wherever, because Pandora will livestream the concert starting at 9 p.m. Here’s the link. From now until then, you can listen to a mixtape of music chosen by the band. Right now, we’re enjoying a little Black Sabbath. OK, not really.

For Chris Thile’s first three shows as host of “A Prairie Home Companion,” all live broadcasts from the Fitzgerald Theater. Mandolin virtuoso Thile is the Grammy-winning MacArthur Fellow who was chosen by Garrison Keillor to take over the long-running show when he stepped down. Saturdays, Oct. 15, 22 and 29. 4:45 p.m. FMI and tickets ($49/$39/$33); guests TBA.