How did mogul Donald J. Trump become the 2016 Republican Presidential nominee? On Sept. 9 and 10, you can hear Mike Daisey’s version of the tale when the political monologist launches a 10-city tour of “The Trump Card” with two free performances in the Guthrie’s Dowling Studio. Each performance will be followed by a discussion with the audience.

It’s the first fall Happening of the Guthrie’s new Ninth Floor Initiative, funded by a $1 million Mellon grant. In August, two free public performances of Carlyle Brown’s solo project “Acting Black” sold out  (translation: were reserved to capacity) within a couple of days, with only a few seats available at the door. Reservations are going fast for “The Trump Card.”

Daisey is best known for “The Agony and Ecstasy of Steve Jobs.” He has appeared on “Real Time With Bill Maher” and the “Late Show With David Letterman” and has been a commentator and contributor to the New York Times, Harper’s, NPR, Vanity Fair and many more.

Here’s how press materials describe the event: “Mike Daisey takes on the reigning world heavyweight of self-mythologizing, the short-fingered vulgarian who captured a nation’s heart through bullying, charm, one-syllable explosions and occasionally telling the brutal truth. … Instead of dismissing Trump as a simple con artist and huckster, Daisey breaks down what makes Trump tick – and in doing so illuminates the state of our American Dream and how we’ve sold it out.”

In other words, this is not a Trump-bashing. It’s meant to make us think and talk together and come out wiser and better informed, or at least with our minds stretched a little. Here’s some background reading, if you want to know more about where Daisey is coming from.

Thumbs up for Theoroi

We like Theoroi, the Schubert Club’s young professionals group, and not just because we’ve been loosely involved since it started six years ago. We like it because it’s serious about exposing its members, all in their 20s and 30s, to a variety of arts experiences across the Twin Cities. And because five current and former Theoroi members are now serving on the Schubert Club’s board of directors.

Theoroi is not just about building future Schubert Club audiences that will someday buy season tickets to the International Artist Series. It’s about getting out there, spreading the news, forming the arts habit and staying involved.

The $100 annual membership ($150 for returning members) gets you into six arts events, many (or all) of which will also include conversations with artists, backstage tours, or other perks, plus five social events, because a big part of Theoroi is being social and forming friendships. If you’re in the target age group and have any interest in or curiosity about the Twin Cities arts scene, Theoroi is a bargain.

This year’s arts events include performances by the Mexican instrumental and vocal ensemble Tembembe; Al Tawam (The Twins), the Sage Award-winning Muslim Hip Hop dancers; internationally known violinist Gil Shaham; a jazz event TBA; Dessa with the Minnesota Orchestra; and Ten Thousand Things’ production of Lynn Nottage’s play “Intimate Apparel,” the story of an African-American seamstress in the early 1900s. What do you have to do? Apply, pay the fee, show up, and share your experiences on social media. FMI including schedule and application. The application deadline is Aug. 31.

Guess we’ll have to skip an artsy thang and go to a hockey game. The Minnesota Wild announced yesterday that starting this season, the team’s goal song at the Xcel will be Prince’s “Let’s Go Crazy.” They played it during Game 6 of its Stanley Cup Playoff Series on April 24, a few days following Prince’s death, then surveyed season ticket holders, who voted nearly two to one in favor of the change.

The Wild’s first preseason home game is Tuesday, Sept. 27. Before then, the Wild will be part of the State Fair’s “Unite in Purple” celebration on Friday, Aug. 26. View the purple tribute at the team’s booth inside Fan Central at Dan Patch and Underwood.

Wednesday in the Ruin Courtyard of the Mill City Museum: Jelloslave with special guests Kevin Kling and Simone Perrin. Two cellos, tablas and drums. There’s nothing like Jelloslave, never has been, and no two performances are ever alike; all of the musicians are master improvisers. They recently concluded a 10th anniversary show at Open Eye with Kling and Perrin and have invited them to join the fun, bringing stories, poems and songs. With Jacqueline Ultan and Michelle Kinney on cellos, Gary Waryan on tablas, Greg Schutte on drums. 6-8 p.m. FMI and tickets ($5); includes museum admission from 4-9 p.m. 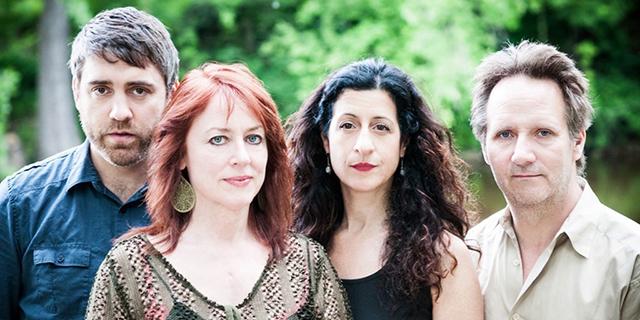 Opens Saturday at Park Square Theatre: “Passing Through Pig’s Eye.” You’ll start and end in the Boss at the Park Square, but most of this performance takes place in a journey through downtown St. Paul. Presented by Joe Chvala and the Flying Foot Forum, inspired by the city’s past, it’s part history tour, part dance party, with music and comedy. FMI and tickets ($28), or catch one of three previews ($20) on Thursday (Aug. 25), Friday or Saturday afternoon. All ages, wheelchair accessible. Ends Sept. 11.

Saturday at Public Functionary: Art Unloaded: End of Summer Art & Supply Sale. You can go to a neighborhood garage sale and pick through someone’s old kitchen stuff, baby clothes and audiocassettes, or you can go to Public Functionary and come home with art or things to make your own art (paints, tools, fine art and craft supplies, books). Plus this sale is also a party, with treats, sips, and tunes from DJ Egypto Knuckles. 1400 12th Ave. NE, 11 a.m. – 4 p.m. Free and open to the public. FMI.

For the Soap Factory’s 10th Annual Haunted Basement. This is not the State Fair’s Haunted House. It will scare the bejesus out of you. If that’s the sort of thing you like – and hey, it takes all kinds, and who are we to judge? – then get your tickets ($25) here. Sept. 28-Oct. 31. New this year: Blind Invocation, a solo experience. Fraidy Cat Tours with lights on, no actors – just the sets. Un-Happy Hour, a No Touch experience. Oh, you didn’t know that the actors in the pitch-dark basement of the Soap Factory actually reach out and touch you? Surprise! Plus an Eat Street Social spooky lounge, a retrospective of Haunted Basements past and an exhibition by artist Brandon Kuehn and his Paranormal Art Project.