Last November, the musicians of the chamber ensemble The Musical Offering were preparing for the second concert of their 45th anniversary year, a season titled “La Vie Parisienne.” The Nov. 22 concert was meant to be especially lighthearted, spotlighting the fun, bubbly side of the French temperament. And then came the Paris terrorist attacks of Nov. 13 that left 130 people dead and hundreds wounded.

The concert went on as planned, but it began with remarks by co-artistic director Susan Billmeyer that spoke to the recent horrific events, and the role of the arts and music in troubled times. TMO’s Paris-inspired season took on new meaning. The organization’s thinking shifted.

“The attacks last November were utterly stunning,” Billmeyer said Monday by phone, “and they shocked us into thinking about what we do and why we do it, and how we can use this forum of performance to bring people together, to calm the waters.”

Several months later, in the spring, “a few of us were having a conversation, and the topic of the mass immigration through the Middle East into Europe came up.” In a group of musicians, this led to talk about composers who have traveled and spent all or part of their lives in other countries, and the varying reasons for that. Some were escaping war, or the threat of war; some were seeking an education, or a place more conducive to the work they wanted to do.

Announced today, TMO’s 2016-17 season has a provocative title, “Émigrés and Mentors,” and a pronounced focus on the role immigration has played on the music of Paris. The concert programs are full of music by composers with French connections. Prokofiev spent time in Paris between a couple of unsuccessful years in the U.S. and his return to Russia. Anton Reicha was a 19th-century Bohemian conductor “who found his way to Paris to do the art he wanted to pursue.” Romanian-born George Enescu split his time between Romania and Paris, but as World War II neared, he felt safer in Paris and settled there. Bohuslav Mantinů left the Czech Republic for Paris before the start of the first World War.

The final concert of the season explores the transatlantic links between France and the Americas with music by Darius Milhaud, who trained in Paris, then came to the U.S. and taught dozens of composers, arrangers and musicians. It ends with Copland’s “Appalachian Spring.” Copland studied in Paris with the famous teacher Nadia Boulanger. “So you’ve got Milhaud coming from France to the U.S.,” Billmeyer said, “and Copland going from the U.S. to France, and the combination of émigrés and mentors comes together.”

Also on the season: music by classic French composers Saint-Saëns and Debussy, underrepresented French women composers Elsa Barraine and Lili Boulanger (Nadia’s sister), and “unsung heroes of Parisian composition” including François Devienne and André Caplet. A work by Cuban-born Paquito d’Rivera is a nod to the Minnesota Orchestra’s groundbreaking 2015 Cuban tour (several TMO members are also Minnesota Orchestra members), and to d’Rivera’s immigration (defection) to the States in 1981 to pursue his art.

Mozart’s Quartet in D Major for flute and string trio, heard in the second concert, was “in his pocket when he went to Paris to look for a job, which did not pan out,” Billmeyer said. Not everyone finds what they need in the City of Lights.

As always during TMO concerts, musicians will introduce each piece from the stage, so audiences will hear how “Émigrés and Mentors” came to be, and the composers’ stories.

P.S. It’s not unusual for performing arts seasons to include artists and works from all over. What’s different is for arts organizations to shine a light on it. We saw this in July as the Walker announced its 2016-17 performing arts season, and we can probably expect to see more in the future. Billmeyer wants The Musical Offering to make it “a conscious effort. … I want this to be in the forefront because so much of the rhetoric, in this political race in particular, has been fearful of something that’s different. The focus for us right now is Paris, but this is an open embrace.”

A “60-acre sculpture” in Eagan and a St. Paul-based dance company with a philosophy of social justice are the recipients of this year’s Arts Achievement Award, the Metropolitan Regional Arts Council (MRAC) announced late last week.

The $5,000 cash award is given each year to two organizations with budgets under $400,000 that exemplify MRAC’s mission of increasing access to the arts in the seven-county Twin Cities metro area. It’s not given for specific projects or programs, but for the overall work that the organizations are doing or have done to strengthen communities through the arts.

Caponi Art Park was co-founded by artist and long-time Macalester College Art Department Chair Anthony Caponi, who died in 2015, and his wife, Cheryl Caponi, who serves as executive director. Opened to the public in 1987, the Art Park is a sculpture garden and performance space where the artworks are integrated into the landscape, and the landscape is as important as the artworks.

Founded in 2004 by Ananya Chatterjea, artistic director, choreographer and dancer, Ananya Dance Theatre is a contemporary Indian American dance company that builds dances around issues in the lives of women of color. In acknowledging the MRAC award, Chatterjea said, “When we work in progressive ways, in a non-mainstream aesthetic to do social justice work with a company of women of color, we often feel like we’re not seen. This means seen and appreciated.”

Tonight (Tuesday, Aug. 2) at the Minnesota History Center: Itchy Fingers. The St. Paul-based Hmong pop and rock band gives a free outdoor concert in the History Center’s 9 Nights of Music summer series. Arrive early for free admission to the galleries starting at 3 p.m. and visit (for example, just a suggestion) the “We Are Hmong Minnesota” exhibit. 6:30-8:30 p.m. FMI. Free.

Wednesday at the Mixed Blood: Fringe Preview: Touring Artist Showcase. See 3-minute previews of shows coming to the Fringe from around Minnesota and across the country. Preview shows can be helpful in planning your time, getting a peek at something fabulous and/or avoiding stinkers. Opening night of the actual festival is (eek!) Thursday. 7:30 p.m. Admission is a $4 Fringe button. 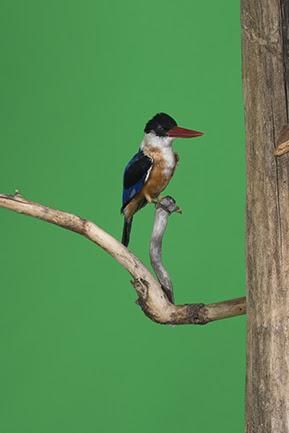 Courtesy of TuckUnder Projects
A photograph by Lex Thompson

Wednesday at Pearl Park: “Minions.” We liked the little yellow critters better as henchmen (the “Despicable Me” movies) than as leads (this movie), but it’s totally worth going to see the history of their earliest days, serving (and accidentally offing) such evil masters as T-Rex. Part of Minneapolis Music & Movies in the Parks. Dusk. Free.

Thursday at TuckUnder Projects: “Re-Model.” Every so often, York Ave. between 51st and 52nd, a normally quiet residential street in southwest Minneapolis, fills up with cars on a weeknight. It’s because of the galleries artist Pete Dreissen has in his home – the tuck-under garage, the bathroom, the backyard, the alley. He’s been curating exhibitions there since 2010, and if you haven’t yet seen one, this show of photographs by Lex Thompson, found foam forms by Presley Martin, and various other things from Margaret Pezalla-Granlund, Chad Rutter and others is a good place to start. Be sure to check out the Raspberry Residency. 6-9 p.m. Free.