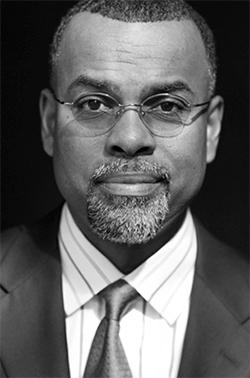 On Tuesday, Sept. 13, at noon, Eddie Glaude Jr. will tackle “Racism and the Soul of America.” Glaude chairs the Department of African American Studies at Princeton and is the author, most recently, of “Democracy in Black: How Race Still Governs the Soul of America.” (Bonus: Tesfa Wondemagegnehu, who was recently named Westminster’s Director of Choral Ministries, will perform with Glaude at the forum.)

On Tuesday, Oct. 18, at 7 p.m., Glennon Doyle Melton will talk about “Broken Lives, Courageous Living.” The founder of the online community Momastery, Melton’s topics include life’s challenges – marriage, motherhood, faith, addiction, recovery – and the need to live authentically and without shame. She is the author of the New York Times best-seller “Carry On, Warrior” and the newly released memoir “Love Warrior.”

On Tuesday, Oct. 25, at 7 p.m., Gene Robinson will speak on “Choices and the End of Life.” A retired bishop of the Episcopal Diocese of New Hampshire, the first priest in an openly gay relationship to be consecrated a bishop in a major Christian denomination, he advocates for state-of-the-art care and expanded choices for people who are dying to ensure their comfort, dignity, and control.

On Tuesday, Nov. 17, at noon, Timothy Naftali will explore “We Have a New President: Now What?” An associate clinical professor of history and public service at NYU and an award-winning author, Naftali was the founding director of the Richard Nixon Presidential Library and Museum. His books include “Blind Spot: The Secret History of American Counterterrorism.”

Since 1980, the Forum has hosted more than 250 speakers, including Archbishop Desmond Tutu, Elie Wiesel, Thomas Friedman, Cornel West, Marion Wright Edelman, David McCullough, Salman Rushdie and Gwen Ifill. An online archive includes audio recordings for nearly all presentations and videos for those after 2004. Forums are held at Westminster Presbyterian Church, Nicollet Mall and 12th St. Each lasts an hour and includes a Q&A. Each is preceded by a half-hour of live music and ends with a public reception. MinnPost is a co-sponsor.

12 nights of jazz from the Dakota

The Dakota has booked so many national and international jazz stars over the next several weeks that we’re just going to lay them all out here. All but two will be at the club on Nicollet Mall.

Tonight (Wednesday, Aug. 31): Jane Monheit and Nicholas Payton. The sultry singer and the outspoken trumpeter seem an unlikely match, but her love for Ella Fitzgerald and his for Louis Armstrong have brought them together and it works. Monheit has fabulous pipes but doesn’t always known what to do with them on recordings. “The Songbook Sessions: Ella Fitzgerald” is our favorite CD of hers for ages, maybe for all time. 7 and 9 p.m. FMI and tickets ($45-$25).

Thursday and Friday (Sept. 1 and 2): Barbara Morrison & Houston Person: Live at the Dakota Album Re-Release. We’re thrilled that the Dakota has burned another batch of its swinging 2004 CD featuring the bluesy singer and soulful tenor saxophonist. Seeing them live, which has been rare for a while, is always a treat. 7 p.m. both nights. FMI and tickets ($40-$30).

Sunday, Sept. 4: Davell Crawford. The Piano Prince of New Orleans has made the Dakota his second home and we’re OK with that. He turns 40 on Saturday, so this has been dubbed his Birthday Bash. 7 p.m. FMI and tickets ($40-$30).

Wednesday, Sept. 7: Ben Sidran Quartet. The original hipster, Sidran has a Ph.D. in American studies, but he’s spent his life playing piano, writing songs, soundtracks and books (“There Was a Fire: Jews, Music and the American Dream”), making solo albums (more than 30), and producing. With his son Leo on drums, he’ll perform here with Ricky Peterson on Hammond B-3 and Billy Peterson on bass. This will be a sly and clever evening of music and wordplay. 7 p.m. FMI and tickets ($25).

Sunday and Monday, Sept. 25 and 26: Brad Mehldau and Joshua Redman. Saxophonist Redman was featured on Mehldau’s album “Highway Rider” in 2010; pianist Mehldau was on Redman’s “Walking Shadows” in 2013. This is the first time they have made a duo album – just the two of them, all the way through. Due out Sept. 9, recorded live during  European tour, “Nearness” is probably going to end up on a lot of year-end Best-Of lists. 7 and 9 p.m. FMI and tickets ($50-$25).

Monday, Sept. 26 at the Guthrie: Pat Metheny. The guitar superstar will leave his 20 Grammys at home, but he’ll bring his current and excellent working quartet: his longtime drummer Antonio Sanchez, bassist Linda Oh and pianist Gwilym Simcock. Part of an extensive world tour, this concert is being billed as “a range of music from throughout his career.” 7:30 p.m. FMI and tickets ($95-$45), sold by the Guthrie.

Wednesday, Oct. 5: Kenny Barron Trio. Lyrical and elegant, a living jazz master – for real; he was named a National Endowment for the Arts Jazz Master in 2010 – Barron is one of the jazz greats, a pianist, composer and educator who never fails to elevate the room. His trio includes Kiyoshi Kitagawa on bass and Johnathan Blake on drums. 7 and 9 p.m. FMI and tickets ($40-$30).

Thursday and Friday, Oct. 20 and 21: McCoy Tyner Quartet with Gary Bartz. The piano legend’s ties to the Dakota go way back. He was the first national act club owner Lowell Pickett booked, back in 1988, and Tyner’s approval of the experience opened the door to other artists who saw the Twin Cities as flyover land. Come to listen, honor and respect. 7 and 9 p.m. FMI and tickets ($50-$40).

Sunday, Oct, 23 at Vieux Carré. Rudresh Mahanthappa: Bird Calls. The Doris Duke-winning saxophonist and composer was most recently in the Twin Cities at the Walker, and before then with Ragamala Dance. Inspired by Charlie Parker, “Bird Calls,” his 15th album as a leader, topped the Downbeat International Critics Poll in three categories: album of the Year, Alto Saxophonist of the Year and Rising Star Composer of the Year. It’s a big deal to see Mahanthappa in such a small, intimate room, and with such a great band: Adam O’Farrill on trumpet, Joshua White on piano, Thomson Kneeland on bass and the amazing Dan Weiss on drums. 8 p.m. FMI and tickets ($35).

Tonight (Wednesday, Aug. 31) in south Minneapolis: The Kitchen Tour. Take a walking tour with Andy Sturdevant (Minnpost’s The Stroll) and Sergio Vucci of kitchens private, commercial, community and historic, all within a few blocks of one another in south Minneapolis. Meet outside the Nicollet Ace Hardware at 3805 Nicollet Ave. S. Tour departs at 6 p.m. This event is part of the Soap Factory’s Common Room summer series, now in its eighth year.

Tonight through Friday (Sept. 2) in Minneapolis parks: Free live music. It’s the last week (sob) of the 2016 line-up of Music and Movies in the Parks, brought to us by Minneapolis Park & Rec. The movies are over, but musicians will sound their final notes at Lake Harriet Bandshell, Nicollet Island Pavilion, Father Hennepin Bluffs and Minnehaha Falls. Here’s the schedule, and these are our picks: Mother Banjo (folk and Americana) at 7 tonight (Wednesday, Aug. 31) at Minnehaha Falls; Parisota Hot Club (jazz, blues and pop), also at Minnehaha Falls, on Friday at 7 p.m.; Dan Schwartz (solo harp guitar and lap steel) at 2 p.m. Sunday at Lake Harriet. Farewell, sweet summer music.

Daily at the Fair: Arts A’Fair. When you’re at the Fair, track down a few performances by area music, dance and theater groups including In the Heart of the Beast Puppet & Mask Theatre, Open Eye Figure Theatre, COLLIDE Theatrical Dance Company and Chicks on Sticks. Here’s the schedule.

Daily (except Mondays) on the Walker’s rooftop terrace: Skyline Mini Golf. You have an extra two-plus weeks to get in a round of miniature golf with views of the Minneapolis skyline. Originally scheduled to run through Sept. 7, Skyline has been extended through Sept. 25. Maybe it will convince us that summer is actually lasting longer. Tuesday-Sunday, 11 a.m. – 5 p.m., Thursdays until 8 p.m. FMI. Tickets on site: $12 adults, $10 students, $9 Walker members and kids 6-12.