Just in time for “Ragtime,” which opens Sept. 21, Theater Latté Da has finalized its purchase of the historic Ritz Theater in Northeast Minneapolis. It took a while – we learned in March that Latté Da had entered into an “exclusive negotiating arrangement” with the Ritz Foundation – but it’s a done deal now, and the theater finally has a home of its own.

This is the first time in the company’s 18-year history when its administration, rehearsal space and performances can all be housed in the same building. The administrative offices have been there since Sept. 2014, and four shows have been produced so far on the Ritz’s stage: Sondheim’s “Into the Woods” and “Sweeney Todd,” and the world premieres of “C.” and “Lullaby.”

During that time, the staff and the audience have gotten to know the place. “Our patrons have expressed how much they love the intimacy of the space and the vibrancy of the neighborhood,” Artistic Director Peter Rothstein said in a statement. Plus “residents and local businesses have been extremely welcoming and become vital partners. … The Ritz Theater is a fantastic building in a dynamic neighborhood with a rich history of diverse ethnic identity and cultural exchange. Theater Latté Da is thrilled to be a part of its next chapter.” More like a book than a chapter. Latté Da has always been worth watching, and now we know exactly where to go.

The Minnesota Orchestra back from successful tour

While the rest of us were waiting for the State Fair to begin, Osmo Vänskä and the musicians of the Minnesota Orchestra and soloist Pekka Kuusisto were wowing audiences in Finland, Scotland, the Netherlands and Denmark during the orchestra’s first European tour since 2010.

Let’s not forget (as if we could) that we lived through the lockout that almost brought the orchestra down, and we’ve seen it rise up and up, with strong, smart, collaborative leadership, renewed commitment and roaring community support. We know firsthand where it’s been, where it almost went and where it is now. The people of Lahti, Edinburgh, Amsterdam and Copenhagen only knew what they had heard and read. They hadn’t yet shared a room with that maestro and those musicians. 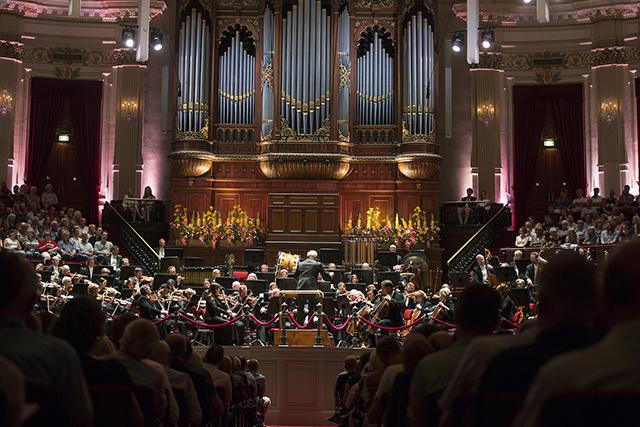 Now they have, and here’s some of what was said:

The Scotsman: “Without doubt the Minnesota Orchestra are back with a vengeance, their fortunes completely transformed by conductor Osmo Vänskä after they nearly folded four years ago. Five stars.” And: “This crack orchestral troupe are the quintessential big glossy American orchestra, the strings rich and sweeping, all sections fanatically ordered and cooperative.”

The Guardian: “Two years ago, the Minnesota Orchestra emerged from a bitter lockout … Now here they all are, touring Europe again, and that plush, super-charged Minnesota sound is back with a new edge of tenacity. … The match here has always been thrilling – the conductor’s dynamism on the podium plus the powerful engine of this band – and now there seems something irrepressibly triumphant about it.”

The Arts Desk (Edinburgh): “Vänskä followed [the Sibelius Violin Concerto] with a blistering Beethoven Fifth clearly intended to show just what an electrifying bunch his Minnesota band is. … If we needed confirmation of just what exceptional performers Vänskä and the Minnesotans are, this was just the concert to deliver it.”

And if we have high expectations for the 2016-17 season, which starts Sept. 22-23 with two opening concerts featuring superstar violinist Joshua Bell, that only seems reasonable.

(Go here for MPR’s recording of the Aug. 25 performance in Amsterdam’s Concertgebouw, broadcast and recorded live by MPR.)

Want to do more than be part of the crowd at the official Prince Tribute Concert on Thursday, Oct. 13, at the U.S. Bank Stadium? And maybe get in free? The Minnesota State Arts Board forwarded this invitation on Tuesday:

An official Prince Tribute Concert will be held on October 13, 2016, at U.S. Bank Stadium in Minneapolis. It will feature members of the iconic Prince Family, including Morris Day and the Time, Sheila E, The Revolution, and New Power Generation, featuring prominent pop stars of today on guest vocals. Organizers are looking for proposals from community groups for ways they could be involved in the event. It could be something that occurs at the event itself (an art installation, performance, etc.), a related event occurring in conjunction, or other ideas you might have. Participating groups will have access to discounted and/or free tickets for the event depending on their level of participation.

Please e-mail any proposals to Sean Jameson, SeanJ@TheNorthStarGroup.biz, and he will work with you on fitting your proposal into the Tribute.

The NorthStar Group is a private equity group of marketing, media, talent management and production companies based in New York.

Still TBA: who will perform and how much tickets will cost.

Update: On Wednesday, Sheila E announced that she is not scheduled to perform at the concert on Oct. 13.

Next March, the Textile Center will host an international art quilt exhibition titled “Commemorating His Purple Reign: A Textural Tribute to Prince.” The exhibition will be juried by Dr. Carolyn Mazloomy, founder of the Women of Color Quilters Network, a 2016 inductee to the Quilters Hall of Fame Museum and a member of the Center’s new National Artist Advisory Council.

Applications open Sept. 1, and the deadline is Dec. 30. The show will run from March 9-April 29 in the Joan Mondale Gallery, a celebration of Prince’s life on the first anniversary of his death. FMI.

Friday at the State Fair: The Minnesota Show with Garrison Keillor. Several guests recently joined the line-up familiar from years of “A Prairie Home Companion.” The two hours of comedy, songs, stories and a sing-along will now include operatic soprano Ellie Dehn, guitarist Leo Kottke, vocalist Heather Masse, the VocalEssence Ensemble, and Jearlyn and Jevetta Steele. 7:45 p.m. FMI and tickets ($35/$27). Can’t make it in person? Listen on the radio Saturday evening at 5 p.m. Central time.

Opens Saturday at the Weisman: “The Talking Cure.” Named for Sigmund Freud’s description of psychoanalysis, New York-based sculptor Melissa Stern’s multimedia exhibition blends sculpture with creative writing and spoken word. Starting with original drawings from her imagination, Stern created sculptures from clay, wood, found objects and other materials. She invited a dozen writers including poets, playwrights and novelists to write monologues for each sculpture, then found a dozen actors (six male, six female) to record themselves reading the monologues. “The Talking Cure” comes to WAM from the Redux Contemporary Art Center in Charleston, South Carolina, where the Charleston City Paper said, “It’s as if a storybook has come to life.” FMI. Free. Through April 30, 2017. 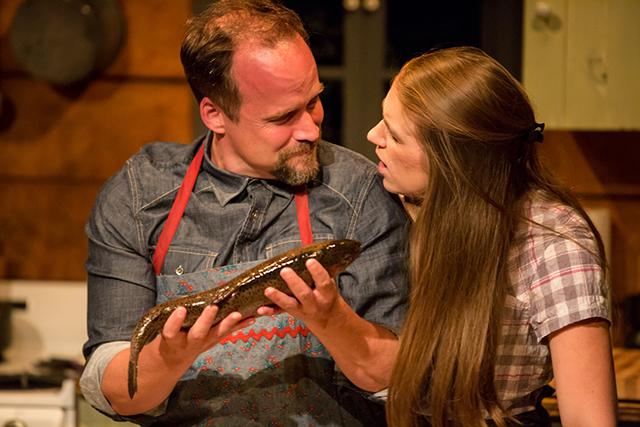 Opens Saturday at the Open Eye: “The River.” Walking Shadow Theatre Company starts its 2016-17 season with the regional premiere of the latest play by Jez Butterworth, whose “Jerusalem” was a hit on London’s West End and Broadway. The lead character in “The River” is known simply as The Man. In the New York production, that role went to Hugh Jackman; here we’ll see Andrew Erskine, whom we liked a lot as Pastor Paul in last year’s “The Christians.” The Man invites his new girlfriend to a remote family cabin for a weekend of fly fishing. He says she’s the first person he’s ever brought here, but is she? Amy Rummenie directs a three-person cast that also includes Emily Grodzik as The Woman and Elizabeth Efteland as The Other Woman. In case you’re wondering, “Will this be creepy in a bad way?” the New York Times called it a “poetic tease of a drama” and said, “Not knowing in advance [what it’s about] is essential to your enjoyment of it.” Since “poetic tease” doesn’t translate to “slasher shocker,” you can probably relax. 7:30 p.m. FMI and tickets ($26; economic accessibility and other discounts available).

If you love local theater and you love events where people dress up and the entertainment is grand, the Iveys are for you. The annual celebration of the Twin Cities theater has its own red carpet, parties before and after, and people-watching all night long. Tickets are $35 for the awards show, $150 for the pre-show reception, the show, and the after party, plus preferred seating at the show. FMI.