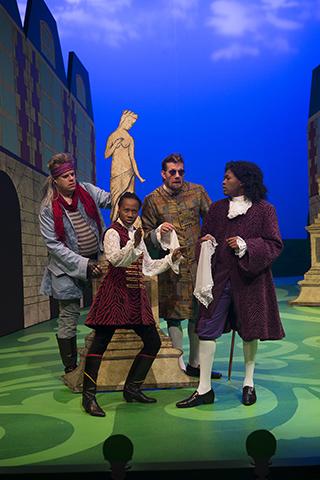 Photo by Petronella J Ytsma
The cast of Park Square’s “The Liar,” from left to right: Zach Curtis as Cliton, Sha Cage as Dorante, Michael Ooms as Philiste, and JuCoby Johnson as Alcippe.

Artscape is mostly on break next week, returning Sept. 20. We’ll leave you with a list of a dozen things to do between now and then, selected from a way longer list of things going on in the Twin Cities as the fall arts season roars out of the gate.

Tonight (Friday, Sept. 9) at the Park Square Theatre: “The Liar” opens in previews. Cliton (Zach Curtis) can’t tell a lie; his master, Dorante (Sha Cage, in a breeches role) can’t tell the truth. Yet Dorante somehow manages to woo two women. The deceptions pile on, giving us lots of excuses to laugh, which we all need at the moment. Playwright David Ives has adapted Pierre Corneille’s 17th-century confection for modern ears and sensibilities. 7:30 p.m. on the thrust stage, FMI and tickets ($27-37). Ends Oct. 2. Opening night is Friday, Sept. 16.

Thursday, Sept. 15, at the Fitzgerald: Talking Volumes with Elizabeth Alexander. The poet and Pulitzer Prize finalist joins MPR’s Kerri Miller to discuss her New York Times best-selling memoir, “Light of the World,” about the sudden, traumatic death of her husband, the beauty of her married life, the comfort she took in caring for her two teenage sons, and loss. If you’re wondering, “Hey, wasn’t Alexander the inaugural poet for Barack Obama?” yes, she was.  7 p.m. FMI and tickets ($15-$50).

Thursday, Sept. 15 at the Walker: Cinema of Urgency: Local Voices. Winona LaDuke’s environmental activism, Ilhan Omar’s rising political star, police violence, PTSD and forgiving the unforgivable are some of the topics covered in this month’s “Cinema of Urgency,” the Walker’s film series that asks critical questions about pressing issues. This time, all the films are by local filmmakers Remy Auberjonois, E.G. Bailey, D.A. Bullock, Karl Jacob, Dawn Mikkelson, Keri Pickett and Norah Shapiro, who will stay around for a panel discussion after the screening. 7 p.m. Free tickets are available at the Hennepin box office starting at 6 p.m.

Opens Thursday, Sept. 15, at the Film Society’s St. Anthony Main Theatre: “The Beatles: Eight Days a Week – The Touring Years.” Three yeahs (that’s the maximum allowed) for Ron Howard’s new documentary, which follows John, Paul, George and Ringo from their happy-go-lucky touring days in 1963 through their last stop on their final tour, San Francisco’s Candlestick Park on Aug. 29, 1966, which Ringo later described as “just a sort of freak show.” In that relatively short time, four cheeky moptops barely out of their teens became men who’d had enough with the pressure, the pace and the screaming crowds. (John considers their 1965 song “Help!” autobiographical.) In between, many firsts: the first band to hold all 5 top positions on the Billboard Hot 100 on the same day (April 4, 1964); the first to tour big stadiums; the first rock concert at New York’s Shea Stadium, before 56,000 people; the first integrated concert at Jacksonville’s Gatorbowl (and maybe one of the first contracts that specified “Artists will not be required to perform before a segregated audience”); the first songwriters since Mozart (some say) to write so many great melodies. Images, songs and film footage, beautifully restored and often colorized, tell a seamless story. The focus stays on the touring (and the first two films, “A Hard Day’s Night” and “Help!”); we get one glimpse each of Cynthia Lennon and Maureen Starkey. So don’t expect to learn anything new about their personal lives. But do enjoy the kind of film about the Beatles it takes Ron Howard-sized clout and connections to make. FMI including showtimes, tickets and trailer. Ends Thursday, Sept. 22. 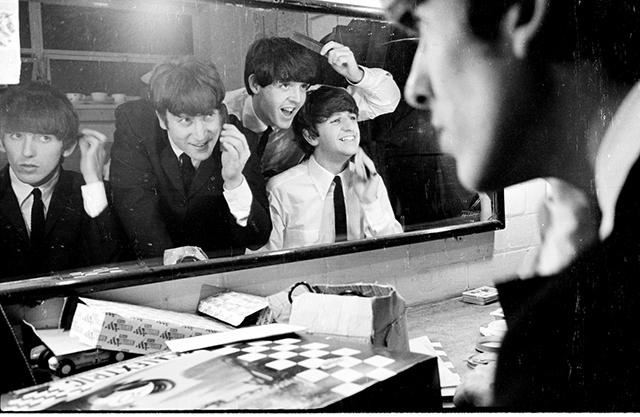 “The Beatles: Eight Days a Week – The Touring Years”

Thursday and Friday, Sept. 15-16 at Vieux Carré: ��Atlantis Quartet: X” release. The modern jazz group Atlantis Quartet has been together 10 years, a long time in jazz. They’ve released four albums of original music, earned solid critical praise, received a McKnight Fellowship for Performing Musicians and made a lot of fans for their original sound and musical reach. Plus they’re fun to see and hear. Saxophonist Brandon Wozniak, guitarist Zacc Harris, drummer Pete Hennig and bassist Chris Bates will take over the Dakota’s sister club in St. Paul for two nights of music and the release of a new digital anthology, “Atlantis Quartet: X,” which collects all four previous albums, adds bonus tracks and liner notes, and throws in a PDF book of compositions by the band, in case you want to try this at home. 9 p.m. $10 at the door. 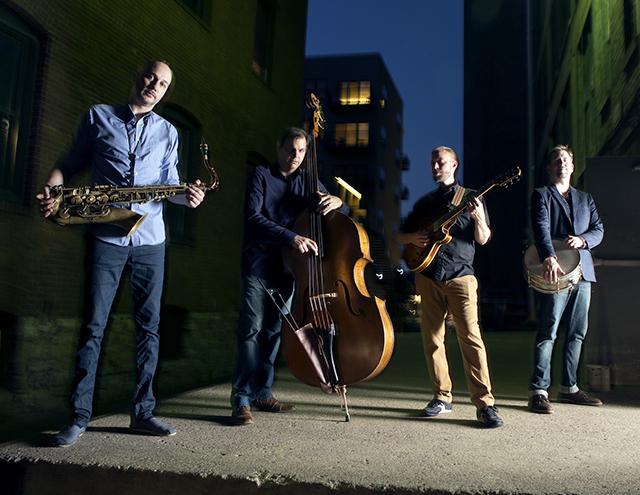 Friday and Saturday, Sept. 16-17 at the O’Shaughnessy: Ananya Dance Theatre: “Horidraa: Golden Healing.” The third installment of choreographer Ananya Chatterjea’s “Work Women Do” series explores how women in communities of color use hope and healing to sustain their communities. The dominant metaphor is turmeric, a golden yellow root Indian women commonly grind when preparing meals. As the natural dye stains the hands a golden yellow, so the work of women touches and colors our lives. 7:30 p.m. FMI and tickets ($19-$29).

Saturday, Sept. 17 at Franconia Sculpture Park: 20th Anniversary Art & Artists Celebration. How to celebrate 20 years of big art and big dreams? With a gala opening reception for the park’s new sculptures, a guided tour, family art-making projects, a puppet show from Open Eye Figure Theatre and a day of live entertainment that ends with soulful Sonny Knight and the Lakers at 5:30 p.m. 11 a.m. – 6 p.m. FMI and schedule. Free ($5 to park).

Saturday and Sunday, Sept. 17-18 at Mia: 23rd Annual Minneapolis Print & Drawing Fair. Hundreds of original works of art on paper – Old Masters to contemporary plus Japanese prints – will be available to buy from 13 leading dealers from the United States and Europe. New this year, this popular event also includes curator-led tours, hands-on activities and artist pop-up talks. Prices start around $200. If you want a Rembrandt, a Picasso or a Rauschenberg, prices for those are a bit higher, but yes, they’re in the show. 11 a.m. – 5 p.m. both days. FMI. Free admission.

Monday and Tuesday, Sept. 19-20 at Crooners: Joey DeFrancesco. The Bösendorfer moves out and a Hammond B-3 moves in for two nights of arguably the best organ player on the planet. This will be epic. With Joey on organ, trumpet and vocals, Troy Roberts on tenor sax and Jaxon Brown on drums. In the Dunsmore Room, made and meant for listening. Two sets, both nights, at 7 and 10:30 p.m. FMI and tickets ($15-$40; dinner show $65).