Clemson University professor and Milkweed author J. Drew Lanham is one of the very few black men in a mostly white profession. He’s an ornithologist and wildlife ecologist. In the introduction to his debut memoir, “The Home Place: A Colored Man’s Love Affair With Nature,” published last month by Milkweed Editions in Minneapolis, he writes:

I am as much a scientist as I am a black man; my skin defines me no more than my heart does. But somehow my color often casts my love affair with nature in shadow. Being who and what I am doesn’t fit the common calculus. I am the rare bird, the oddity: appreciated by some for my different perspective and discounted by others as an unnecessary nuisance, an unusually colored fish out of water.

But in all my time wandering I’ve yet to have a wild creature question my identity. Not a single cardinal or ovenbird has ever paused in dawnsong declaration to ask the reason for my being. White-tailed deer seem just as put off by my hunter friend’s whiteness as they are by my blackness.

There’s a two-minute YouTube video in which Lanham presents his “Rules for the Black Birdwatcher.” It’s the kind of advice you won’t find in “The Sibley Guide to Birds.” Witty, tongue-in-cheek, but also probably based on personal experience of birding while black.

Tonight (Thursday, Sept. 29), Milkweed and the Givens Foundation will co-present “Place & Race,” a book launch, conversation and signing with Lanham. The evening will begin with a reception (light snacks and drink) at 7, followed by a 7:30 program. It’s free, but RSVP.

Consider this your daily dose of cuteness. Born Sept. 3, the adorable baby zebra shown here with his mom, Thelma, now has a name: Krump.

The rhymes-with moniker has nothing to do with a certain presidential candidate. It was chosen to honor Frank “Krump” Krmpotich (krump-a-vich) of Roseville, a longtime Como Park Zoo & Conservatory volunteer and Korean War veteran, who passed away on Sept. 14 at the age of 84. 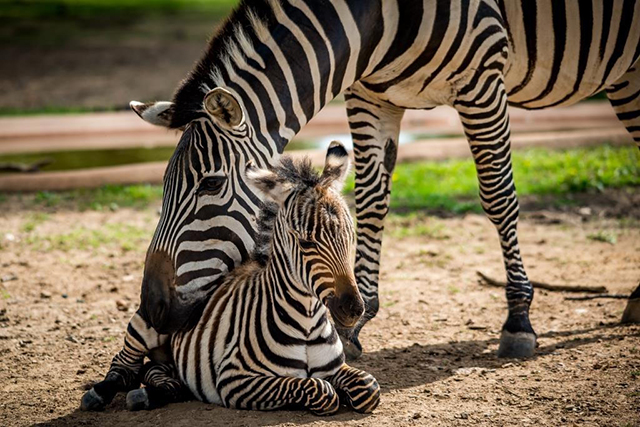 The zebra herd is on view daily at the zoo’s Zebra and Kudu exhibit. Admission is always free. FMI.

Tonight (Thursday, Sept. 29) at the Heights Theater: “Laura.” Starring Gene Tierney and Dana Andrews, Otto Preminger’s 1944 portrait of obsession launches the Heights’ smartly named “Who Says I’m Dead?” series of ghost and “almost-ghost” stories. Noirs, comedies and a “psycho-biddy classic” (that would be “Hush … Hush, Sweet Charlotte”) are petals on the path to Halloween. 7 p.m. FMI and tickets ($8).

Opens Friday (Sept. 30) at the Soap Factory: Haunted Basement X. This is not the State Fair’s haunted house, or the Haunted Mansion at Disneyland, or the haunted house you went to when you were a kid, where you were blindfolded and stuck your hand in a bowl full of eyeballs that were really peeled grapes. This is an immersive work of theater, highly sophisticated, boundaries-pushing, and seriously creepy. We went once, years ago, and vowed to never, ever return, so this is for you twisted souls who enjoy being terrified. Along with the regular Haunted Basement (HBX), the Soap Factory is offering a solo experience called “Blind Invocation.” As if. 6 p.m. FMI and tickets ($25/$27). Ends Oct. 31.

Friday at Studio Z: All Originals Jazz Series: Davu Seru’s No Territory Band. Seru is a restless seeker of a drummer, someone who moves from free jazz to rock, his own ensembles to other people’s bands. He plays with a lot of interesting musicians and is one of the curators for the jazz series at Khyber Pass restaurant that Britt Robson covered so well for the Star Tribune last week. No Territory is one of his hand-picked bands, with Noah Ophoven-Baldwin on trumpet, Tyler Cessor on tenor sax, Cole Pulice on baritone sax, and Levi Schwartzberg on vibraphone. Quo Vadis (Gary Schulte, Greg Byers, Steve Kimmel) opens. 7 p.m. FMI and tickets ($10). 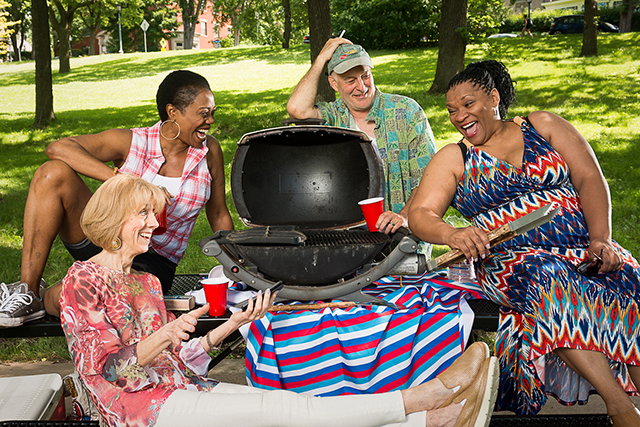 Sunday at the American Swedish Institute: Collectors and Cocktails: A Different Way of Seeing. A smaller, more intimate, all-indoors version of the hugely popular “Cocktails at the Castle” parties thrown by the ASI. (The usual Cocktails crowd is well over 1,000 people.) The focus is on the art of collecting, and the centerpiece is the small but fascinating exhibition “A Different Way of Seeing,” on loan from the Sam and Ann Charters Collection of Swedish Art at Augustana College in Illinois. The Charterses were civil rights activists and critics of the Vietnam War who moved to Sweden in the 1970s and fell in love with Swedish art. (Sam, who passed away in 2015, was a music producer and historian, specializing in blues and jazz – and Swedish fiddlers, and poetry. Ann, a professor of American literature at the University of Connecticut, is an expert in Beat poetry and author of a biography of Jack Kerouac.) Ann Charters will be present to speak about building the collection. ASI curator Curt Pedersen will give a Nordic art history lesson. The Improvestra Music Project will play three unrehearsed and improvised selections based on works from the Charters collection. If you want, emerging artists from MCAD will sketch, paint and draw portraits of you and your guests. 6:30 – 9 p.m. FMI and tickets ($30 ASI members/$35 non-members).