Ever since the city of St. Paul started talking about creating a River Balcony — a walkable, linear park overlooking the Mississippi from the edge of downtown, between the Science Museum of Minnesota and Union Depot — we’ve been jumping up and down a little. The idea is already being called “St. Paul’s Highline,” for the spectacular Manhattan park built on an old railroad trestle. We can already imagine ourselves driving (OK, taking the Green Line) to Union Depot, hopping out, heading toward the river and spending the day enjoying the views, strolling and hanging out.

It could take years to happen, but we can dream. This weekend, we can even get a glimmer of what the real thing might be like. On Friday and Saturday, Sept. 9 and 10, the 1.5-mile stretch now proposed for the balcony will hum with the River Balcony Prototyping Festival. Sidewalks, plazas, parks and pathways will come alive with public art, live music, food and brews.

A prototyping festival uses art, design, and social engagement to envision what a space can become and how it can serve a different role within a community. (Rochester, Minnesota is having its own prototyping festival this weekend.) Hosted by the St. Paul Riverfront Corporation with the City of St. Paul, Capitol River Council and Public Art St. Paul, winner of a Knight Green Line Challenge and supported in part by the Knight Foundation, the River Balcony event is a physical walk-through of a possible future.

The festival will begin Friday night with a preparty from 5-10 p.m. at the Kellogg Craft Beer Overlook at Kellogg Mall Park. There will be food trucks and music by the Wibesmen, Maria Isa, Ryan Liestman’s Reggae Revival and Ipso Facto. On Saturday from 2-6 p.m., the areas surrounding the Science Museum, Kellogg Mall Park and Union Depot will feature food trucks, multiple stages, performances by Grape Whales, Alex Rossi, Communist Daughter and others, and nearly a dozen installations by local artists selected through an open call.

Installations and artists include “Water Source” by ThreeSeven; “Sunspot” by Alyssa Baguss and Aaron Dysart; “Dakhóta Wordscapes on the River” by Dakhóta Iápi Okhódakičhiye, Healing Place Collaborative, Hamilton Ink Spot and Public Art St. Paul; “River of Birds” and “Wrapped in Anticipation” by Kimley-Horn Landscape Architecture; “Portals” by the Ramsey County Historical Society; and “River Rock” by the artistic collaboration AVENTUR + CAMPANA, a giant inflatable stage on the Union Depot front lawn that will host live music throughout the afternoon.

How many people went to the fair?

What we really want to know is: How many Pronto Pups were sold? How many Sweet Martha’s Cookies were baked? How many piglets were born? How many Zubaz were worn? How many kinds of honey were on display? How many works of Prince seed art? What was the strangest, most mysterious thing found on a roof below the SkyGlider?

Thursday at the Walker: “The 100 Years Show.” Olga Viso, the Walker’s executive director, will introduce a screening of Alison Klayman’s documentary about Cuban artist Carmen Herrera, a centenarian abstract painter who worked in virtual obscurity for seven decades. Viso, who appears in the film on a visit to Herrera’s studio, has been interested in the artist’s work for years and has brought pieces into the collections of the Hirshhorn and the Walker. Herrera’s “Untitled” (1971) was recently on view in the exhibition “Art at the Center: 75 Years of Walker Collections.” 7 p.m. in the Walker Cinema. Free. The screening is part of this week’s Target Free Thursday Night, with galleries open from 5-9 p.m.

Friday at the U’s Goldstein Museum of Design: Opening party for “Seeing 40/40: Forty Years of Collecting at GMD.” Whenever we visit the Goldstein, we’re surprised by how small it is, because we know it has a large and important collection of over 34,000 objects. For this unique show, 40 people with varying backgrounds have each selected one object from GMD’s permanent collection and written a personal note about it, so we can see it through his or her expert eyes. Choosers/commentators include Star Tribune arts critic Mary Abbe, architect Tim Carl, Mia president Kaywin Feldman, Northern Clay Center’s Emily Galusha, the American Swedish Institute’s Bruce Karstadt and Peggy Korsmo-Kennon, arts journalist Camille LeFevre, Textile Center ED Karl Reichert, and Hennepin Theatre Trust’s Joan Vorderbruggen. The goal of the exhibition: to encourage us to see the presence of design in all of our lives, and recognize its ability to remind us of time and place. This just sounds awfully interesting. 6-8 p.m. Closes Jan. 8, 2017. 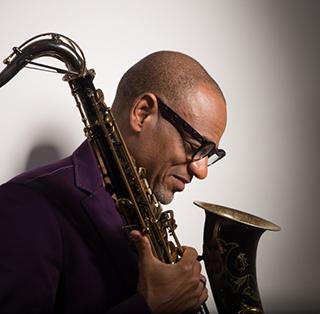 Saturday in the Warehouse District in downtown Minneapolis: Deschutes Brewery’s Street Pub.  It would be wrong not to tell you that the world’s largest pop-up pub (400 feet long, more than 50 taps) is coming here from Oregon to benefit Second Harvest Heartland. Look for it (you can hardly miss it) at North Washington and 2nd Avenues. With live music by The 4onthefloor, Solid Gold, Step Rockets and Red Daughters. Free entry. $5 token per beer. 2-10 p.m. FMI.