Fire up the popcorn poppers. Starting Oct. 19, the Twin Cities Film Fest, or TCFF – not to be confused with the Minneapolis-St. Paul International Film Festival, or MSPIFF – returns for its seventh year. For the first time, TCFF will be in both cities, with the core screenings and red carpet parties still at the ShowPlace ICON in St. Louis Park and a new second screening series at the IFP Theater in St. Paul.

More than 100 films will be squeezed into 11 days. As in previous years, TCFF has identified a social cause that will run as a theme through the festival to build awareness and support. Past causes have included homeless youth, sex trafficking, hunger prevention and bullying. This year it’s Military Veteran Mental and Physical Support. The opening night film will be the locally made drama “Blood Stripe,” about a returned female combat veteran and her battle with PTSD. Directed by Remy Auberjonois (who BTW is on stage right now in the Guthrie’s “Sense and Sensibility”), starring Kate Nowlin, it won a top prize at the L.A. Film Festival. Four more veteran-related films will screen including “IRON Will: Veterans’ Battle with PTSD,” narrated by Billy Bob Thornton and produced by Minnesota native Tim VandeSteeg, which will have its world premiere here. Sixty-second microdocumentaries on the topic of veteran support will run before all TCFF screenings, and a panel discussion will feature legislators, experts and veterans.

The festival’s official centerpiece will be “The Eagle Huntress,” a true-life adventure and Sundance hit that follows a 13-year-old girl in Mongolia who trains to become the first female in 2,000 years to successfully hunt with a golden eagle. The closing film Oct. 29 will be “Moonlight,” a coming-of-age story about a young man in Miami during the War on Drugs era.

In between: the Michael Fassbender thriller “Trespass Against Us,” the Parker Posey comedy “The Architect,” the James Franco-Melissa Leo-Dominic Rains crime drama “Burn Country,” the Dreamworks animated feature “Trolls” (from the producers of “Shrek”), the Dev Patel festival hit “Lion,” and the documentaries “My Scientology Movie,” “The Trans List” and “In Pursuit of Silence,” where we learn that the second-quietest place on Earth is a specially designed room in Minneapolis, of all places. Probably not in the library.

TCFF’s educational events include free workshops for filmmakers, expert panels on directing and sound, a “Minnesota Made” panel on the state of the Minnesota film industry and its resources, a script reading, a Filmmaker Academy for youth, and school visits by visiting filmmakers.

Peruse the full lineup here. Tickets have been on sale for members and pass holders; they open up to the general public today (Friday, Sept. 30).

Cedar wins another grant for work with Somali artists

The Cedar is located in Minneapolis’ Cedar-Riverside neighborhood, home to more Somalis than any other community in North America.

Add to that $439,000 another $500,000 from the Association of Performing Arts Presenters (APAP), announced earlier this week. Also a Building Bridges grant, it will be shared among a Minnesota-based consortium led by the Cedar. The consortium includes the Cedar, Augsburg College in Minneapolis, the Paramount Center for the Arts and St. Cloud State University in St. Cloud, and the Minnesota State University, Mankato Department of Music Performance Series. St. Cloud and Mankato have rapidly growing Somali populations.

All the grants will support Midnimo (Somali for “unity”), a program that provides residencies and performance opportunities to Somali artists from Minnesota and around the world. The first residency, featuring Somali hip-hop collective Waayaha Cusub (“New Era”), originally from Kenya, begins in the Twin Cities on Oct. 3. It ends with a concert at the Cedar on Oct. 22. FMI and tickets ($20/$25).

In October 2015, the Blue Cross and Blue Shield of Minnesota Foundation awarded the Cedar a $150,000, two-year grant for Midnimo.

Friday (Sept. 30) through Sunday: The final weekend of the final Crossing Borders studio tour. For 20 years, artists along Minnesota’s North Shore from Two Harbors to Grand Portage have opened their home studios to the public each fall. It’s a relaxed and leisurely way to learn about the artists, their work and their processes. Good art, nice people, fall colors and spectacular views of Lake Superior make it worth the drive. News that this would be the final Crossing Borders made us blue, but then glass artist Mike Tonder clarified, “The Crossing Borders name will be retired after this year’s tour. Stay tuned for plans for next fall.” 10 a.m. – 6 p.m. daily. FMI including map and contact information. 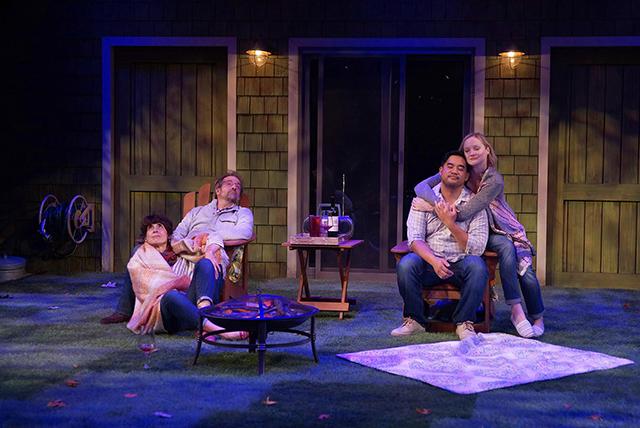 Opens tonight at the Park Square: “The Realistic Joneses.” Joel Sass directs the area premiere of Will Eno’s comic drama about Bob and Jennifer Jones (JC Cutler and Angela Timberman) and their new neighbors, John and Pony Jones (Eric “Pogi” Sumangil and Jane Froiland), who have even more in common than their identical homes and their shared last names. Enticingly, the New York Times has called Eno “a Samuel Beckett for the Jon Stewart generation.” Don’t you want to know what that means? We do. On the Andy Boss stage. FMI and tickets ($40/60).

Saturday at the Ordway Concert Hall: The JazzMN Orchestra featuring Terence Blanchard. A big band is no small thing, and the fact that JazzMN is nearing its 20th year is an extraordinary accomplishment. It will be a special treat to hear the 2016-17 season begin in the Ordway Concert Hall. New Orleans-based Blanchard is a Grammy-winning trumpeter, bandleader, composer and arranger who has written more than 50 film scores, including every Spike Lee film since 1991. Connie Evingson will be the featured vocalist. 7 p.m. FMI and tickets ($42-52).

Saturday in Dinkytown: Open Streets. It’s just more fun to walk down the middle of a normally busy street than to use the sidewalk. For the final Open Streets Minneapolis of the year (sniff, sniff), you can stroll from Dinkytown all the way to North Memorial on 19th Ave. S. Check out a water bar, enjoy a Battle of the Bands, view an installation at the Weisman, say hey to Radio K, and stop in at the Cedar. 1 a.m. – 5 p.m. FMI including a link to a free Metro Transit Pass.

Saturday at Northrop: Grupo Corpo. They danced at the Olympics Closing Ceremony in Rio, and they’ll dance on Northrop’s big stage. For the 2016-17 Northrop season opener, the internationally known Brazilian company will showcase their repertoire and virtuosity in “Dança Sinfônica” and defy the laws of gravity in “Parabelo.” 8 p.m. Come early for a free performance preview in the Best Buy Theater at 6:45. FMI and tickets ($30-62). 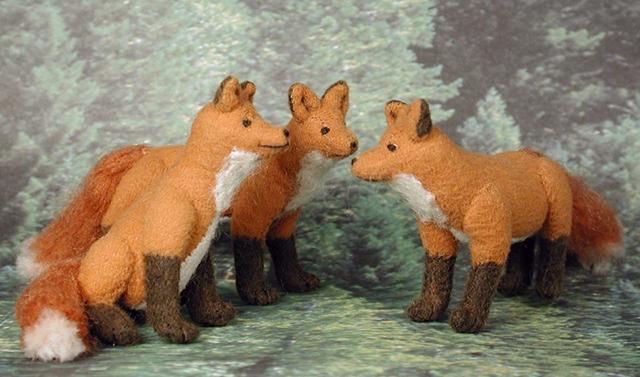 Courtesy of the artist
Tiny fabric foxes by Alice Strand, who will be at the Sogn Valley fair

The big Bösendorfer piano, which has been on loan to Crooners for several months, is back with its original owner. What’s next? A new concert Steinway will take up permanent residence in the Dunsmore Room. A series of celebratory concerts starts Sunday, Oct. 2 with Dan Chouinard and vocalist Prudence Johnson. On Oct. 4, Laura Caviani will play and Claudia Schmidt will sing. Oct. 5 will feature the music of Billie Holiday with Debbie Duncan. And on Oct. 9, Benny Green, a master of the jazz piano who learned from Betty Carter, Art Blakey, Freddie Hubbard, Oscar Peterson and Ray Brown, will give a solo concert. FMI and tickets for all. Prices vary.