Now at the Open Eye Figure Theatre, Loudmouth Collective’s production of Dave Hanson’s parody of Samuel Beckett’s absurdist play is smart, speedy and superbly silly. Ester (Sam Landman) is older and bossier. He’s the one who knows the rules and feels it’s his duty to share his vast knowledge. Val (Gabriel Murphy) is wide-eyed and so clueless he doesn’t know who Samuel Beckett is. When he says a few lines from another play and Ester notes that he’s quoting Shakespeare’s “Hamlet,” Val responds, “I wasn’t quoting Shakespeare. I was quoting ‘Great Classical Monologues for Men.’ ”

Stuck in a dressing room while the show goes on (we can hear it in the background), the two pass the time in conversation, argument and shared frustration. They talk about acting. They discuss the proper pronunciation of Godot. Is it GOD OH? GOD DOT? There are moments of physical comedy: Ester trying to button his suddenly too-small vest; Val opening sugar packets for his coffee; the two in a “sad grapple” over Ester’s vest. There are lines you’ll miss if you don’t listen closely. Ester, giving acting technique tips to Val: “You don’t listen very well.” Val: “What did you say?”

Ester is ever hopeful that the director will appear and they’ll get their break. “Something could happen,” he tells Val. “A light could fall. Someone could get sick. Someone could get fired.” (In a nod to the circular structure of WFG, these lines are repeated several times in WFWFG.) But when discussing what they would do if they were, in fact, called to the stage, they realize that neither knows who speaks the opening line. They don’t know what the play is about. They don’t know if the director is a man or a woman. How long have they been waiting? Why don’t they just leave?

Mention must be made of Sulia Rose Altenberg’s brief appearance as Laura, the assistant stage manager. After declaring “Acting is easy! They let anyone do it!” she demonstrates with a dramatic reading, complete with spoken lighting cues.

Directed by Matt Sciple, “Waiting for Waiting for Godot” is a thoroughly enjoyable evening in a warm and intimate space, well-acted, entertaining and without a dull moment. Ends Sunday, Oct. 2. FMI and tickets ($15-20).

Named one of “America’s Best Leaders” by U.S. News and World Report, listed among “The World’s 100 Most Powerful Women” by Forbes magazine, former chair and CEO of global travel and hospitality company Carlson and current co-CEO of Carlson Holdings, Marilyn Carlson Nelson will be elected chair of the Minnesota Orchestra’s Board of Directors at its annual meeting on Dec. 2.

Nelson will succeed Warren Mack, who said in a statement, “We could not be more thrilled to have Marilyn Nelson on board as our incoming chair. We know the Orchestra will flourish under her leadership.”

Nelson’s support of the orchestra reaches back many years. In 1973, she chaired the Symphony Ball and joined the board. In 2006, she became a Life Director. In 2015, she and her husband, Glen Nelson, funded the orchestra’s tour to Cuba. Glen Nelson, a surgeon and longtime Minnesota health-care executive, died on May 14. He and Marilyn Carlson met at a college mixer and married in 1961.

“When you encounter difficult times in life,” Marilyn Carlson Nelson said in a statement, “it does make you revisit how you cherish those around you and also how you use your time. … I’m proud to commit my time here. I can’t think of an organization that has done more than this one to make us realize that the arts do make us whole.”

Now there’s another reason besides beer and changing leaves to love October. The Friends of the St. Paul Public Library is launching its first-ever Litoberfest, a weeklong series of events featuring local literary favorites. All are free and open to the public.

On Saturday, Oct. 1 at 10 a.m. at the Red Balloon, Lauren Stringer will present her new picture book, “Yellow Time,” a celebration of (what else?) the coming of autumn.

On Sunday, Oct. 2, at 7 p.m. at Bedlam Lowertown, music meets Minnesota literature in an imaginative program that promises to be great fun. Ipsifendus Collective, an ensemble of seven musicians led by Minneapolis composer Paul Fonfara, has created and will perform original songs inspired by Minnesota Book Award-winning titles by Charles Baxter, Ray Gonzalez, Marlon James and Kaethe Schwehn. (For Baxter’s book, “There’s Something I Want You to Do,” Fonfara imagines Alfred Hitchcock as the schemer behind all of the intersecting story lines.) The songs will be paired with brief readings by each author, and the evening will end with book sales, signings and the chance to schmooze a little.

On Tuesday, Oct. 4, at 7 p.m. at Merriam Park Library, Milkweed Editions will present an evening of poets in conversation. Michael Bazzett, Patricia Kirkpatrick, Chris Santiago and Jennifer Willoughby – all winners of the Lindquist & Vennum Poetry Prize – will talk with Milkweed publisher Daniel Slager about the formation of poets and the supporting ecosystem in Minnesota.

Moving ahead to Thursday, Oct. 6, at 5 p.m. at the Happy Gnome, poets Todd Boss, Heid Erdrich, Dobby Gibson, Katrina Vandenberg and Ed Bok Lee will elevate the IQ of happy hour with readings of their poetry.

Now at the Minnesota History Center: “Gridiron Glory: The Best of the Pro Football Hall of Fame.” Strangely coinciding with the opening of the U.S. Bank Stadium, organized by the Pro Football Hall of Fame, this new exhibition – a partnership between the History Center and the Vikings – is being billed as “the largest and most comprehensive traveling exhibit ever created on America’s favorite sport,” with the “most iconic football items of all time.” Fans will love seeing the Vince Lombardi Trophy, Knute Rockne’s 1919 Massillon Tigers helmet, Jim Brown’s game-worn jersey, and more artifacts, plus photos, documents, and footage from the NFL film archives. FMI and tickets ($20 adults/$10 ages 5-17). Through Jan. 15, 2017. 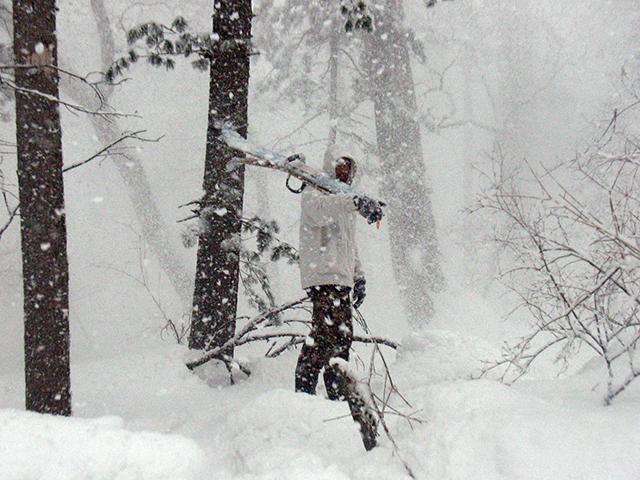 Tomorrow (Thursday Sept. 29) at The Museum of Russian Art: Jonathan Slaght presents “The Arsenyev Legacy: The Russian Far East a Hundred Years Ago and Today.” We spoke with Slaght in August about his work in the Russian province of Primorye as a conservation biologist. One of his inspirations has been the Russian explorer and naturalist Vladimir K. Arsenyev (1872-1930), who tromped through much of the same territory Slaght knows well. Slaght’s translation of Arsenyev’s book “Across the Ussuri Kray” has just been published by Indiana University Press. Using Arsenyev’s photographs and his own, he’ll talk about how the natural and cultural landscapes have changed. 6:30 p.m. FMI and tickets ($15/$12 members).

Thursday at the University of St. Thomas: In conversation with author Emily St. John Mandel. British Columbia-born, New York City-based Mandel has written the most unusual of post-apocalyptic novels. Instead of souped-up motorcycles and walking dead, her imagined world has a troupe of traveling Shakespearean actors and a lovingly tended Museum of Civilization. Winner of the Arthur C. Clarke Award, it’s a beautifully written, hugely touching page-turner. In the Anderson Student Center, 2115 Summit Ave. in St. Paul. 7 p.m. Free. FMI.

Thursday through Saturday at Orchestra Hall: Vänskä Conducts Paulus Mass. Featuring Minnesota Orchestra musicians as soloists and music from the 18th and 20th centuries, the concert will vary in mood from bright to poignant. It starts on the sunny side of the street with Bach’s “Brandenburg” Concerto No. 1, then moves to Alberto Ginastera’s fiery Concerto for Harp and Orchestra, with harpist Kathy Kienzle in the spotlight. After intermission, the orchestra returns with the Minnesota Chorale for a full performance of the late, beloved Minnesota composer Stephen Paulus’ “Mass for a Sacred Place,” composed for the Washington National Cathedral. 11 a.m. Thursday, 8 p.m Friday and Saturday. Come for a concert preview 45 min. before the show with Phillip Gainsley, poet Michael Dennis Browne and Patty Paulus. FMI and tickets ($25-$96). 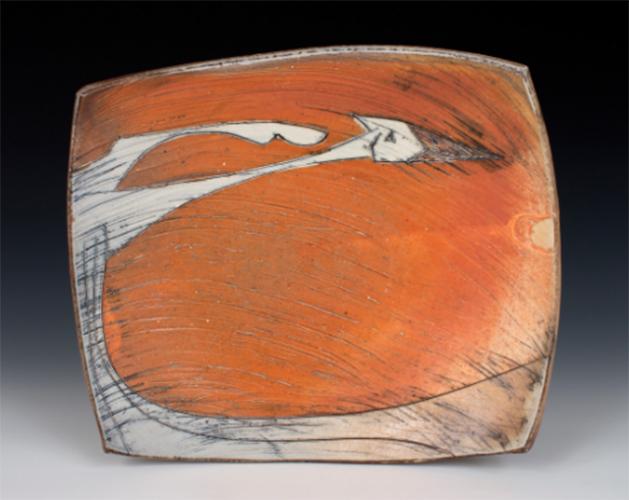 Courtesy of the artist
Crane Plate by Matthew Krousey

Friday through Sunday in Harris, MN: Annual Fall Pottery Sale. Pottery lovers who regularly travel north to Harris for Robert Briscoe’s fall sale probably know there’s been a changing of the guard. Briscoe and his wife, Mary Everett, have sold their place to Matthew Krousey and his wife, Tamino Tsutsui. So they’ll be the hosts and Briscoe will be a guest artist, bearing pots fired in his new kiln in Clearwater. Rounding out the show: Jo Severson, Jason Trebs and Adam Gruetzmacher with their new work. Pots, beer and food around a roaring fire. We have a pottery culture here, and this is a good way to experience it, by meeting the artists, hanging out and bringing home something useful made by their hands. 2785 Stark Rd. Harris, Minnesota. FMI including directions.