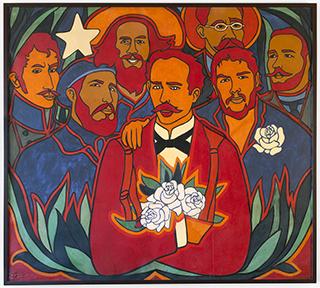 Ever since the United States and Cuba restored diplomatic relations on July 20, 2015, Minnesota artists have been traveling to Cuba, including the Minnesota Orchestra, Zenon Dance, composer Mary Ellen Child’s group CRASH, a delegation from the American Composers Forum and the band Charanga Tropical.

But what have Cuban artists been doing since the Cold War, when the door between the U.S. and Cuba slammed shut? A little over a year from now, we’ll have the chance to see.

In late 2017, the Walker will host what it’s calling “the most significant exhibition of Cuban art in the United States in more than 70 years.” The Walker, the Museum of Fine Arts, Houston (MFAH), and the Cisneros Fontanals Fundación Para Las Artes (CIFO Europa) have partnered on “Adiós Utopia: Dreams and Deceptions in Cuban Art Since 1950,” which will open in Houston in March before traveling to the Walker in November.

Drawn from several collections in North America, the Caribbean and Europe, the exhibition features over 100 works of painting, graphic design, photography, video, installation and performance by more than 50 Cuban artists and designers. By looking at how Cuba’s revolutionary aspirations for social utopia – and subsequent disillusionment – shaped 65 years of Cuban art, it establishes a new narrative for the experiences of artists who lived and trained in Cuba.

Olga Viso, the Walker’s executive director, is among the project’s museum advisers. “‘Adiós Utopia’ will introduce U.S. audiences to key events in Cuban history and explore how this history affected individual artists, shaped the character of art produced on the island, and conditioned the reception of Cuban art both in Cuba and abroad,” she said in a statement.

Said Mari Carmen Ramirez, MFAH curator of Latin American art, “Cuba’s artists have been variously supported, controlled, challenged, and promoted by the Cuban government. They also had to confront unusual obstacles stemming from Cuba’s isolation under the U.S. embargo. All of these factors translate into unusually complex careers and experiences.”

The last time the States saw a Cuban art exhibition of such import was 1944, when MOMA presented “Modern Cuban Painters.”

Part of the fun of living in the Twin Cities is the rivalry between Minneapolis and St. Paul. Setting aside questions of which city has the hippest ZIP, most bike path miles and best coffee shops, let’s consider science. Which city is the most science-y?

Looks like St. Paul. The Science Museum is there. The Bell Museum will soon move from its old digs on the University of Minnesota’s Minneapolis campus to new ones on the St. Paul campus, which already has the Raptor Center and a new Bee and Pollinator Research Lab opening later this month. In September, St. Paul hosted its first-ever Northstar Science Film Festival – three days of films and discussions about science.

On Wednesday, a new series called Petri Dish will debut at Bedlam. Science in a casual social setting, it’s the brain child of the U’s College of Biological Sciences and was inspired in part by the Bell’s Café Scientifique program at Bryant-Lake Bowl. But the two won’t be the same. While Café Scientifique features one scientist or presenter talking about a particular topic, Petri Dish will have three. Each will get about five minutes to speak on some aspect of his or her research, after which they’ll converse with each other and the audience. Each evening will start with live music and an icebreaking game or activity.

Valery Forbes, dean of the College of Biological Sciences, promises it won’t get too heady. “The people involved are expert scientists, but they don’t take themselves too seriously, and they see the fun and humor in some of the issues they study,” she said by phone. She’s excited about the chance to bring multiple perspectives to each topic, and to introduce the public to the U’s biologists. “Some people may think, ‘Oh, a biologist, that’s an old white guy in a lab coat.’ It’s not. It’s a whole range of people.” Some of the featured scientists are TEDx talkers.

Who should come? “People whose interest is piqued by biology in general, and by some of the things they hear in the news.” Age range? “As broad as possible. Multigenerational.” Look for these events to be unscripted and unpredictable.

Is this the college’s response to science denialism and the anti-science movement? “That’s not part of our motivation,” Forbes said, “but if it helps, great.”

Petri Dish will take place on the first Wednesday of each month. Here’s what’s in store for the first three:

Oct. 5: “Where the Wild Things Aren’t: The future of wilderness and wildlife from the Serengeti to the Arctic.” The population is growing, climate change is happening and the wilderness is shrinking. Why should we care? With Craig Packer, the outspoken director of the U’s Lion Center; Aaron Doering, adventure learning pioneer; and Jessica Hellman, director of the Institute on the Environment.

Nov. 2: “It’s Complicated: Our evolving relationship with the microbial world in and around us.” Explore what we know and don’t know about the invisible world under (and in) our noses. With Dan Knights, a computational biologist and microbiome expert; Michael Sadowsky, a microbial ecologist; and Cara Santelli, a geomicrobiolist.

Dec. 7: “Our Parasites, Ourselves: Unraveling the counterintuitive, complicated relationship between people, environment and policy.” Should we eliminate a whole species of mosquito to fight Zika, or not? What are the consequences of manipulating nature? With Marlene Zuk, evolutionary biologist and author of “Sex on Six Legs” and “Paleofantasy”; Kristen Nelson, conservation biologist; and Dominic Travis, infectious disease expert.

Until early Monday, the Minnesota Orchestra’s calendar proudly proclaimed, “Sir Neville Marriner Returns.” The orchestra’s former music director (1979-86) was due here in January to lead a pair of highly anticipated concerts featuring music by Mendelssohn, Beethoven and Dvorák. It would have been his first visit here in a decade. He was 92.

Marriner died Sunday at his home in London. Three days earlier, on Thursday, Sept. 29, he conducted what was to be his final concert, at the Teatro Verdi in Padua with the Orchestra di Padova e del Veneto. 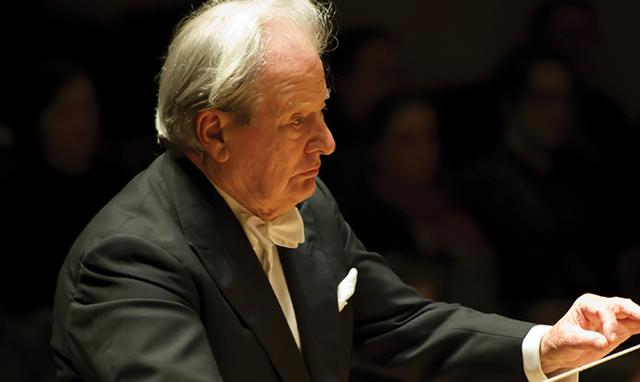 In 1959, Marriner and John Churchill founded the Academy of St. Martin in the Fields, and Marriner became the world’s most-recorded conductor. His hundreds of albums include the best-selling soundtrack to the Oscar-winning film “Amadeus.” His successor was violinist Joshua Bell, who played the Minnesota Orchestra’s season-opening concerts in September. Marriner remained the Academy’s Life President until his death.

It looks for now as though the January concerts will go on, with a conductor to be named. We’ll update you on anything we learn.

Wednesday, Oct. 5, on the U’s West Bank: Arts Quarter Festival. An evening jam-packed with comedy, dance, drama, film, music, performance art, spoken word, and visual art showcasing student and faculty talent. Hosted by the Department of Art, School of Music, and Department of Theatre Arts & Dance, the first-ever Arts Quarter Festival will take over the West Bank Arts Quarter at 21st Ave. and 4th St. from 6-9 p.m. Here’s the list of artists and performers (more than 50). Here’s a map and schedule. Free and open to the public. Food trucks available.

Thursday at Subtext Books: Anu Partenen discusses “The Nordic Theory of Everything: In Search of a Better Life.” Unless you’re a girl with a dragon tattoo, or Kurt Wallander, life is better in the Nordic lands. So journalist Anu Partanen believes, and she makes her case in a book that compares and contrasts how the U.S. and Finland treat four key relationships: parents and children, men and women, employees and employers, government and citizens. 7 p.m. Free.

Friday at the Mall of America: Second Annual “Curated Style: Straight from the Runway” fashion show. “Project Runway” fans, this is for you. (The show is currently in its 15th season. We’re kind of rooting for Erin Robertson, but we’re also hoping that Cornelius Ortiz isn’t as big of a jerk as he seems to be.) Seven designers from past seasons – Minnesotan Christopher Straub (season 6), Joshua Christensen (season 9), Michelle Lesniak (season 11’s winner), Layana Aguilar (11), Kate Pankoke (11 and 12), Kini Zimora (13) and Sean Kelly (13) – will each show 10 looks. Wristbands for general admission seating will be available starting at 5 p.m. in the Rotunda. If you don’t score a wristband, you can watch from levels 2, 3 and 4. The show starts at 7:30 p.m. FMI including official event guidelines. 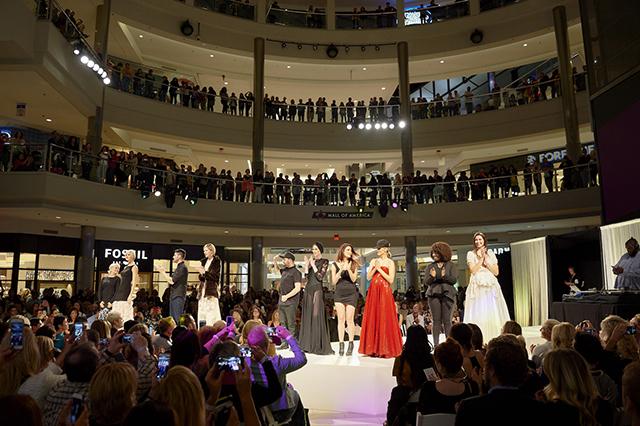 Sunday at the Ted Mann: Leon Fleisher. What do you do if you’re a world-renowned concert pianist in your mid-30s and you lose the use of your right hand to a rare neurological disorder? If you’re Leon Fleisher, you keep playing. You find and develop repertoire for left-hand piano. You teach more, you conduct more. You play piano two hands – with your wife. You slowly, slowly regain the ability to play with the damaged hand. On Sunday, Fleisher, a winner of the 2007 Kennedy Center Honors, among other accolades, will join artists of the Chamber Music Society of Minnesota for its season opener, a program that includes Mozart’s Oboe Quartet and two works by Brahms, the Piano Quintet and the Liebeslieder Waltzes for Piano Four Hands, which Fleisher will play with his wife, Katherine Jacobson Fleisher. 4 p.m. FMI and tickets ($15-25). Here’s filmmaker Nathaniel Kahn’s Oscar-nominated documentary short, “Leon Fleisher: Two Hands.”

2017 ‘Adiós Utopia’ exhibit at the Walker to showcase Cuban art