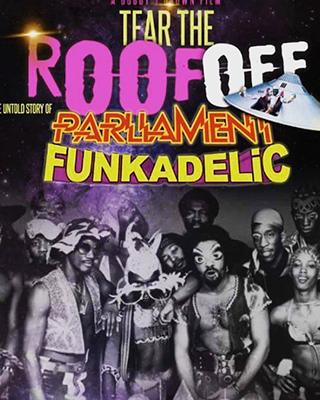 Do our Twin Cities have more film festivals than anywhere else on the planet? At the moment it seems that way. Just as we start writing about one, our email pings with news of another.

Sound Unseen, Thursday, Nov. 10 – Sunday, Nov. 13. MovieMaker magazine recently named Sound Unseen one of “the 25 coolest film festivals in the world.” That’s in the world, up there with festivals in Havana, Lyon, Lisbon and Malmö, Sweden, among other cool places. “This gem of a fest features some of the best music documentaries and sound-centric films around,” one panelist said. And it maintains a presence during the rest of the year with monthly screenings, most often at the Trylon microcinema. Per usual, almost all the films in the festival are Minnesota premieres. Screenings take place at McNally-Smith, Bryant-Lake Bowl and the Trylon.

Sound Unseen’s opening night film is “Contemporary Color,” which captures David Byrne’s collaboration with 10 color guard teams from across the U.S. and Canada. And live performances by Byrne, Nelly Furtado, Nico Muhly, St. Vincent and more. Other films include “Arctic Superstar,” about the indigenous Sami rapper SlinCraze, whose endangered language is spoken by fewer than 20,000 people; “A Song for You: The Austin City Limits Story,” which chronicles the evolution of the PBS series now in its fourth decade; and “Tower,” a strange and powerful film about the 1966 University of Texas sniper attack that combines archival footage with rotoscopic animation and present-day interviews. This is not a music film; Sound Unseen occasionally veers from that path. Here’s the disturbing trailer. We’re not seeing any jazz films in this year’s Sound Unseen line-up (grrr) but are pretty excited about “What Would Beethoven Do?” and its look at innovators and renegades including Bobby McFerrin, Benjamin Zander and Minnesota Orchestra fave Eric Whitacre. Closing night, it’s “Strike a Pose,” about the young, mostly gay male dancers who joined Madonna on her “Truth or Dare” tour in 1990. Plus – did we save the best for last, or the strangest? – director and screenwriter Richard Kelly will be present at the Trylon for screenings of his “Donnie Darko” and “Southland Tales.” Sound Unseen also includes parties and live music, but we don’t know those details yet. FMI and tickets.

Cine Latino, Friday, Nov. 11 – Thursday, Nov. 17. The full slate won’t be announced until Oct. 13, but we know these details: Cine Latino will open with the touching Spanish/Argentine drama “Truman,” followed by the Opening Night Party, and will close with the Argentinian comedy “The Tenth Man,” followed by the Closing Night Party. In between, “Neruda,” which explores the life of the poet, senator and raconteur. Trailer here. Tickets are on sale now for those films only.

Cantus and Chanticleer in Concert

The 2,100 people who filled a sold-out Orchestra Hall last night instead of watching the Vikings game were treated to a first-time-ever event: a joint concert by America’s two best male choruses, San Francisco-based Chanticleer and our own Cantus.

The concert came about after a grainy video of an impromptu performance in a Virginia bar went viral. So we saw and heard the 12 men of Chanticleer, the Grammy-winning supergroup in its 39th season, and the eight men of Cantus, our resident men’s vocal ensemble in its 16th year, separately and also together on the same stage. It was splendid, sublime, exhilarating and thrilling. 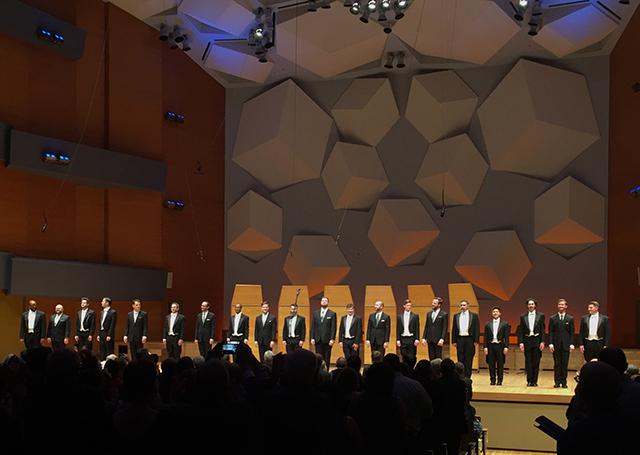 MinnPost photo by John Whiting
Cantus and Chanticleer in concert

Chanticleer is half again the size of Cantus, with a bigger sound. It also has six countertenors, high voices that float, shimmer and soar. Hearing Cortez Mitchell sing the Rachmaninoff “Vocalise” was a date with the angel Gabriel. Chanticleer is a legendary interpreter of Renaissance music, though it has also ventured successfully into gospel, jazz, and new music.

Cantus has made a real commitment to new music, which we heard in the selections they performed at Orchestra Hall, some of which are part of the upcoming season-opening concerts, “No Greater Love than This.” Because Cantus  doesn’t have half a dozen countertenors, its sound seems more earthbound than heavenly, which is not a bad thing. Dressed in suits (Chanticleer wore tuxes), they’re less formal, and their interactions with each other are more relaxed and open.

The program spanned the centuries from the 15th (Chanticleer’s take on L’Héritier’s “Nigra Sum,” from the Song of Solomon) through the 21st (Cantus’ performance of Jeff Beal’s “Beneath Thin Blanket,” written by a former prisoner of war, full of beauty and pain and dissonance), a gorgeous Bach (“Halt was du hast”), a song by Libby Larsen with text by William Shakespeare, several African-American spirituals and Stephen Paulus’ “Pilgrims’ Hymn.”

Brought back to the stage by thunderous applause, the two groups sang an encore of “We Shall Walk Through the Valley in Peace” and “Good News, Chariot’s Comin’,” a spiritual whose lyrics promise heavenly raiment of white robes, starry crowns and silver slippers. Which we might as well have been wearing as we glided into the night.

Here’s what should happen next: Chanticleer invites Cantus to join them for a concert in their hometown of San Francisco, then Cantus invites Chanticleer back here. Every two or three years or so, we hear them together again. A Cantus member told the crowd last night that “together we sold out Orchestra Hall for a choral music show – only in Minnesota.” Maybe not for the last time, and not only here.