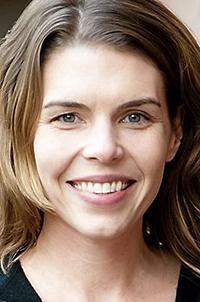 After opening her first season as the Jungle Theater’s artistic director with an all-female “Two Gentlemen of Verona,” then bringing us “Bars and Measures,” the first play in the theater’s history written by a black playwright (Idris Goodwin), helmed by a black director (Marion McClinton) and acted by two black leads (Ansa Akyea and Darius Dotch), Sarah Rasmussen revealed her plans for 2017 at a public event Monday night at the Jungle.

Opening June 10, “Fly by Night,” a 2015 Drama Desk nominee for Outstanding Musical, written and composed by Will Connolly, Michael Mitnick and Kim Rosenstock, set against the backdrop of the 1965 East Coast blackout. Sept. 16 will bring Jennifer Haley’s prize-winning crime story/sci-fi thriller “The Nether,” which Casey Stangl will direct.

The 2017 season will close with the Jungle’s first-ever holiday show. Opening Nov. 18, “Miss Bennet: Christmas at Pemberley” will reunite the characters from Jane Austen’s “Pride and Prejudice” at the Darcy home, only this time, the focus is on the bookish middle sister Mary. Rasmussen will direct the new play by Lauren Gunderson and Margot Melcon. She also helped to develop it. Gunderson is currently the most-produced living playwright in America. She has, it’s true, written a boat load of plays including “The Taming,” presented here earlier this year in a production by Theatre Unbound.

All but “Anna and the Tropics” are regional premieres. The “Fly by Night” director has not yet been named, but the directors of all four other plays are women. 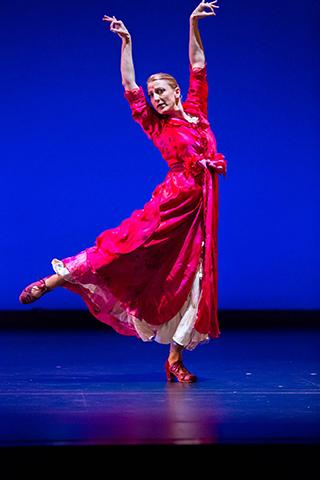 Among dance performances from “Rooted: Hip Hop Choreographers’ Evening” and “Lost Voices in Jazz” and music by cellist Michelle Kinney and pianist Joe Strachan, Minnesota’s dance community honored its own at the 12th annual SAGE Awards, held Tuesday night at the Cowles Center.

Both the awards and the center are named for Sage Cowles, the dancer, philanthropist and supporter of the arts who died in 2013.

Nine honorees received awards designed by visual artist Christian Holstad. All were selected by an anonymous group of peer panelists for outstanding work presented in the past year.

Derek Philips received a Special Citation for his contributions to the Minnesota dance community over the years. Butoh artist Gadu Doushin was named Outstanding Educator. The Outstanding Performer awards went to Judith Howard for “People I Know: 9 x 22” and Christine Maginnis for “4 Duets and One More.” Zorongo Flamenco’s “Lorca’s Women” and PaviElle French’s “Ovarian Fortitude” won for Outstanding Performance.

Damon Runnals steps down from the Southern

When a financial crisis in 2011 turned the historic Southern Theater from a presenter into a rental and forced the layoffs of all employees but one, Damon Runnals was the one. He kept the lights on and worked with the board to deal with the debt, keep the Southern from closing and create ARTshare, an innovative subscription program that gives small companies and emerging artists a place to perform. Without Runnals’ commitment and considerable effort, 1420 S. Washington might be just another wing on the Marriott.

Now at the Penumbra: August Wilson’s “Jitney.” It’s so good – and it feels so right – to see an August Wilson play at the Penumbra, a theater Wilson called home for more than a decade. The first play in Wilson’s Century Cycle (also known as the Pittsburgh Cycle), “Jitney” began as a one-act that Penumbra first staged in 1985. Wilson returned to it several times, and in 2000 Penumbra produced the fuller two-act, eight-scene version we know today. It’s back to open Penumbra’s 40th season, directed (again) by Lou Bellamy. Some members of the current cast have been in all three productions; all but one have acted in one or more of the Century Cycle plays before now. James Craven, who plays the central role of Becker, is the only professional actor in the world who has performed in all 10. So everyone knows what to do, and they do it exceedingly well, bringing to life a gypsy cab station in 1977 Pittsburgh and its colorful characters, their relationships, their problems, their wisdom, humor and grief. From the cast to the costumes, lighting and set, sound design, rhythm and flow, this is a pitch-perfect production, and a must-see. FMI, performance times and tickets ($15-40). Ends Nov. 6. 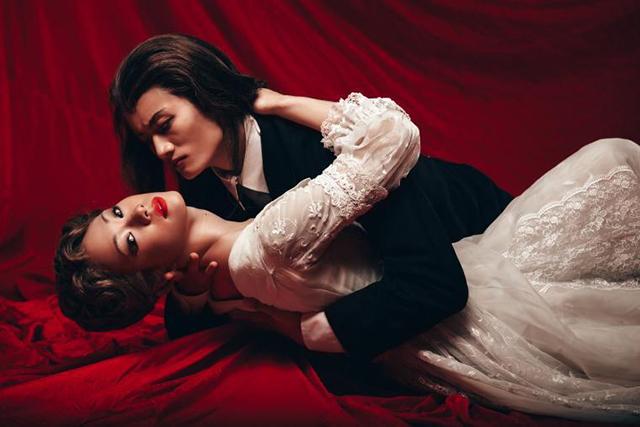 Courtesy of the Royal Winnipeg Ballet
“Dracula” the ballet

Thursday at Northrop: Canada’s Royal Winnipeg Ballet: “Dracula.” No fun-size Milky Ways, just plenty of eye candy and gorgeous music. Choreographer Mark Godden’s evening-length adaptation of Bram Stoker’s Gothic tale is danced to music by Gustav Mahler (selections from symphonies 1, 2, and 9), performed by a live orchestra of 66 musicians. Try to put all the “Dracula” movies you’ve seen out of your head; this version hews closer to the novel. Northrop Dance fans will remember the Royal Winnipeg from “Wonderland” at the Orpheum in 2011 and “Moulin Rouge” at the pre-renovation Northrop in 2009. 7:30 p.m. FMI and tickets (pricing includes a new $30-under-30 option). Come early for a free performance preview in the Best Buy Theater at 6:15.

Thursday at Concordia University: Lecture and reception for “Lester Beall, The Midwestern Modernist.” The first-ever solo exhibition of work by Beall (1903-1969), a pioneer in modern American graphic design. He’s best known for the corporate identities he created for International Paper, Caterpillar Tractors and Connecticut General Life Insurance, his poster series for the U.S. Government’s Rural Electrification Administration and his editorial work for magazines. A 6 p.m. talk by R. Roger Remington, professor of design at the Rochester Institute of Technology, will be followed by a 7:30 exhibition reception. Register for the lecture by 5 p.m. today ($20) or pay at the door ($25). The reception is free and open to the public. Exhibition closes Nov. 4. FMI.

Thursday at Republic Seven Corners: Opening event for Steven Cohen’s “Destruction of the Metrodome” photo exhibit. Cohen is known as a music photographer, but he’s also inspired by the lost Twin Cities and Minneapolis. “When the Hubert H. Humphrey Metrodome was being demolished in winter 2014,” he said, “I’d see it and thought the ‘Millennium Falcon” had crash-landed into downtown.” Cohen documented the teardown and will present his photo exhibit in the shadow of the new US Bank Stadium. FMI.

Thursday and Friday at the Dakota: McCoy Tyner Quartet. Dakota owner Lowell Pickett and piano titan Tyner first got to know each other in 1976, when Pickett produced a Tyner concert at the old Guthrie. In 1988, the former pianist for John Coltrane was the first national act to play the Dakota in its original Bandana Square location. That opened the door to other big names in jazz, a door that has stayed open despite the Dakota’s 2003 move to Nicollet Mall and subsequent broadening of its musical offerings. Now 77, Tyner returns for two nights with Gerald Cannon on bass, Francisco Mela on drums and Gary Bartz on saxophone. Two sets: 7 and 9 p.m. FMI and tickets ($35-45).