The winners of year three of the St. Paul Knight Arts Challenge include a snowblower ballet, a Haitian festival, a series of concerts in Frogtown garages, a theatrical extravaganza at CHS Field, a ballet with boxing, an Arab film festival, a celebration of Minnesota’s oldest high school and a ghost story in Crocus Hill.

Twenty-seven winners, chosen from just under 300 applicants and announced Tuesday night at the James J. Hill Center Library, will share more than $860,000 in funding, the final installment of a $4.5 million grant. There were 42 winning projects in 2014, 40 in 2015. Recent examples of Knight Arts-funded projects include the St. Paul Food Opera and All St. Paul’s a Stage, a day when improvisers from the Theater of Public Policy delivered “improvgrams” to people and places in and around the city.

The Knight Arts Challenge is part of an $8 million total arts investment in St. Paul that Knight Foundation unveiled at the History Center in January 2014. Along with funding for the challenge, which supports smaller, grassroots ideas, it included $3.5 million shared among five anchor arts institutions, the Ordway’s Arts Partnership, Penumbra Theatre, Springboard for the Arts, the St. Paul Chamber Orchestra and TU Dance. 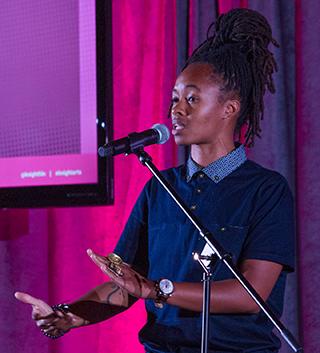 In his opening remarks at Tuesday’s event, St. Paul Mayor Chris Coleman thanked Knight for its support and leadership. He described St. Paul as “a community that celebrates our arts – that elevates our arts – that understands art is the heart and soul of our community.” He made special mention of the Plume Project, a first-year Challenge winner that turned the steam from District Energy St. Paul into a light show in the sky, citing it as proof that “either we’re nuts or we’re the coolest community in the world.” Then he called on us all to continue making St. Paul funky and cool.

In two other Challenge cities, Miami and Detroit, the Challenge was renewed for another three years. Will that happen here? In her remarks, Victoria Rogers, Knight’s vice president for arts, noted that “Knight is evaluating all Knight Arts Challenge formats. What’s the best way to move forward as we try to build arts ecosystems? Whether we renew the [St. Paul] challenge or develop another grant-making vehicle, we are committed to funding the arts in St. Paul.” That brought cheers from the crowd. We’ll learn what it means in early 2017.

Grants for general operating support are prized because they support an organization’s mission rather than specific projects or programs. They’re the working capital that nonprofits need to keep the doors open, and they may be used to cover many kinds of expenses from payroll to marketing.

Located in a town of 2,400 in a strip mall off Highway 81 (“next to the Marathon Gas Station,” the website helpfully explains), Yellow Tree produces four to five plays per season. Its ninth season opened Sept. 16 with Arthur Miller’s “Death of a Salesman,” which closes Oct. 16. Coming up: the world premiere of “A Gone Fishin’ Christmas,” a holiday comedy by Jessica Lind Peterson (Nov. 11-Dec. 23); “Grace” by Craig Wright (Feb. 3-March 5, 2017); and Richard Bean’s comedy “One Man, Two Guvnors” (April 14-May 14). 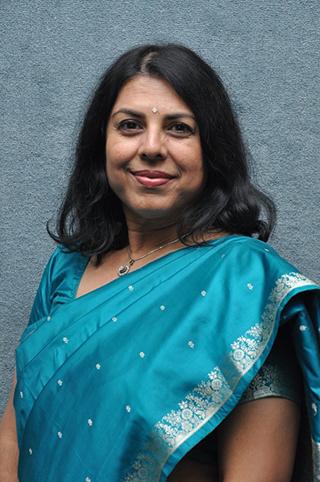 Tonight (Wednesday, Oct. 12) at Scott County Library in Prior Lake: Club Book: Chitra Banerjee Divakaruni. Winner of the American Book Award for her book of short stories, “Arranged Marriage,” the Indian-American author, poet and activist visits Prior Lake with her latest novel, “Before We Visit the Goddess,” set in India and Texas. 7 p.m. Free. FMI.

Tonight at the American Swedish Institute: Beatrice Ojakangas Book Launch. During Magnus Nilsson’s visit earlier this year, the Swedish celebrity chef asked for Ojakangas’ autograph. Duluth’s cookbook queen, the celebrated baker/cook/author launches her newest, “Homemade: Finnish Rye, Feed Sack Fashion, and Other Simple Ingredients From My Life in Food” at ASI with help from the Star Tribune’s Kim Ode, who will lead a discussion. The evening begins with a reception including samples from recipes in her book (Almond Cardamom Scones? Hot Cheese Puffs?) and a signing. 5:30 p.m. FMI and registration ($10 nonmembers).

Starts Thursday at the IMAX at the Minnesota Zoo: Harry Potter IMAX Week. For one week, all week, the Hogwarts Express will take you to Apple Valley, where you can see all eight “Harry Potter” films, giant-sized. The first two, “Harry Potter and the Sorcerer’s Stone” and “Harry Potter and the Chamber of Secrets,” are new to IMAX. (The blockbuster series has grossed more than $7.7 billion worldwide, so far.) Screenings also include a peek at the new Potter spin-off “Fantastic Beasts and Where to Find Them,” which stars Eddie Redmayne (eee!) and opens Nov. 18. Here’s the complete schedule and links to tickets ($13).

Thursday at Open Book: Quatrefoil Library 30th Anniversary Celebration. One of the country’s oldest and largest LGBTQ libraries (more than 30,000 books, videos, and periodicals) Quatrefoil will throw a party, with luminaries, in honor of its first three decades. Mike Augstyniak, WCCO-TV’s director of meteorology, will emcee; author Jonathan Odell (“The Healing,” “The View from Delphi”) will give a talk; and Richard Hewetson, co-founder of Quatrefoil with his late partner David Irwin, will be on hand. Visit, listen, raise a glass and tour the exhibition “Collected Voices: Quatrefoil Library at 30.” 6-9 p.m. Free, with appetizers, desserts and cash bar.

Thursday at Aria: Tembembe Ensamble Continuo. Schubert Club Mix starts its fourth season with an evening of music, song and dance that brings together the Hispanic Baroque guitar and the music of modern-day Mexico and Latin America, bridging cultures and time. Guitarist Eloy Cruz told NPR, “It’s not a meeting of different kinds of music. It’s one and the same.” 7:30 p.m. FMI and tickets ($30).

Friday at Studio Z: Mary Ellen Childs: EAR + NOSE. For composer Mary Ellen Childs, music is about more than sound alone. It’s about music and dance, theater and movement, combined in unexpected ways. Lately she’s been adding scent to the mix, and that’s where this Lowertown Listening Session goes. A sound installation with a live performance by the new music ensemble Zeitgeist and a discussion with the composer, “EAR + NOSE” turns Studio Z into an immersive environment of sound and aromas that may evoke your own memories and associations. 6-10 p.m. FMI and tickets ($10). 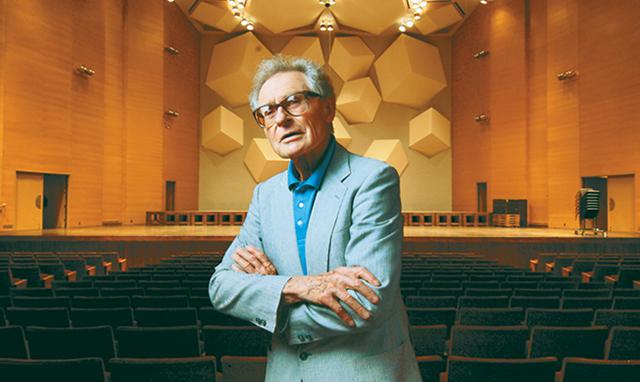 Friday and Saturday at Orchestra Hall: Stanislaw Skrowaczewski Conducts Bruckner’s Eighth Symphony. Skrowaczewski heard his first Bruckner symphony at age seven. Much later, he told BBC Music Magazine, “I heard orchestral music coming from an open window. It had a cataclysmic effect on me – I was paralysed, struck dumb, I almost lost consciousness.” He grew up to be one of the world’s leading Bruckner interpreters, and the Eighth is a personal favorite. Beginning in near silence, rising to a monumental climax, it’s the only thing on the program and all we’ll need. 8 p.m. FMI and tickets ($29-$96).

Saturday at the Heights: “King of Jazz.” After a world premiere at MoMA in May, this weirdly wonderful 1930 film starring band leader Paul Whiteman has made it to Minnesota. An early red-and-green Technicolor marvel, it has been restored by Universal (to the tune of a half-million dollars) and reportedly looks amazing. We haven’t seen it – Universal is being stingy about screeners – so we’ll point you toward this piece in the New York Times, where the first thing you should do is scroll down and watch the clip. 7:30 p.m. FMI and tickets ($10).