Righting a wrong, the Walker Art Center in November will change its address back to Vineland Place, what it was before the Herzog & de Meuron expansion moved the main entrance around the corner to Hennepin Avenue. Having the Walker face the Minneapolis city center seemed like a good idea at the time, but the new entrance never caught on, maybe in part because there was no drive-up, and stepping out of a car onto Hennepin Avenue could get you killed.

The change-of-address news was part of a longer announcement the Walker made this week about the progress on its extensive campus renovations. The Sculpture Garden (with 16 new artworks, including Katharina Fritsch’s giant blue rooster) won’t reopen until June 2017, but between now and then a lot will happen.

On Nov. 11, the new outdoor plaza on Vineland, the new main entrance and the new lobby will open to the public. On the plaza leading up to the entrance, we’ll see the newly acquired sculpture “X” by Los Angeles-based artist Liz Larner. Also on Nov. 11, new hours will take effect. Target Free Thursday Night will start and end an hour earlier, running from 4-8 p.m. The galleries will close at 5 p.m. Tuesday and Wednesday but stay open an hour later, until 6 p.m., Friday-Sunday.

From Dec. 1-4, the Walker will host an open house, with free admission and a full slate of special programming including a party, an artist-led drop-in workshop, art-making for teens, live music, a design conversation about the new entrance with the architects and the Walker’s Olga Viso, spotlight tours and cocktail hours. By then, artist Philippe Parreno’s indoor-outdoor commission, a three-part installation of active sculptures, will be on view. Esker Grove, the new restaurant led by chef Doug Flicker overlooking the gardens, will open full service in early December, date TBA. An exhibition space within the restaurant will feature a rotation of new commissions, starting with Minnesota-based artist Frank Big Bear’s monumental “The Walker Collage, Multiverse #10.”

All in time for the start of the annual “British Arrows Awards” screenings on Dec. 2. You can buy tickets now for the open house weekend and beyond.

The deadline for submissions is coming right up, sorry about that, but the Walker is looking for five new designs for next summer’s Artist Designed Mini Golf. They will join 13 returning holes for a full 18-hole course in the new Minneapolis Sculpture Garden. About that deadline: Tuesday, Nov. 1. Yikes. FMI.

The Bell Museum wants four artists for its Resident Artist Research Project (RARP), where artists engage with U of M researchers and scientific collections and use art to interpret science. The residencies will take place between January 2017 and May 2018. They are open to artists (and collectives) of any discipline, from poets to map-makers, musicians to filmmakers. Applications will be accepted through Nov. 20. Interviews will take place the week of Dec. 12. Four resident artists and two showcase artists will be chosen. FMI including requirements and instructions. The old Bell on the Minneapolis campus closes Dec. 31; the new Bell on the St. Paul campus opens in summer 2018. You might wonder (we did) what the resident artists will actually do in this transition phase. According to RARP program coordinator Leah Peterson, the Bell will use this time “to encourage people to think about how a museum can function in the world without an actual building.” They’re going to bring the Bell into the community and places it hasn’t been before, like, perhaps, the Mall of America, empty storefronts or street corners. “It’s definitely a placemaking exercise,” Peterson said. “It’s exciting to have a weird excuse to break down the walls.” RARP is supported by McKnight funding, and artists are paid. The last call for artists brought 90 applicants.

Duluth’s Holy Cow! Press and the Minneapolis-based law firm Lindquist & Vennum have joined forces to offer a new First Fiction Prize for a previously unpublished, book-length collection of short stories or a novella. The contest is open to writers in North Dakota, South Dakota, Minnesota, Iowa, Michigan, Illinois and Wisconsin. The postmark deadline (yes, they want hard copy, no email transmissions) is Dec. 1 and the winner receives $5,000 plus publication by Holy Cow! FMI. Lindquist & Vennum is also a partner with Milkweed Editions on the Lindquist & Vennum Prize for Poetry.

Friday (Oct. 28) at First Avenue’s 7th St. Entry: “Heyday: 35 Years of Music in Minneapolis: The Photography of Daniel Corrigan” book release show. As a freelancer and house photographer for First Avenue, Corrigan has captured more than three decades of music in Minneapolis including thousands of live concerts. His book, due out Nov. 1 from the Minnesota Historical Society Press, is an incredible journey through time and a reminder that our music scene is pretty amazing. Here’s what Jim Walsh had to say about it. The Mighty Mofos, Dosh, Porcupine, DJ Lori Barbero and DJ Paper Sleeves (aka Danny Sigelman, who wrote the text) will perform. 8 p.m. FMI and tickets ($12 advance, $15 door). 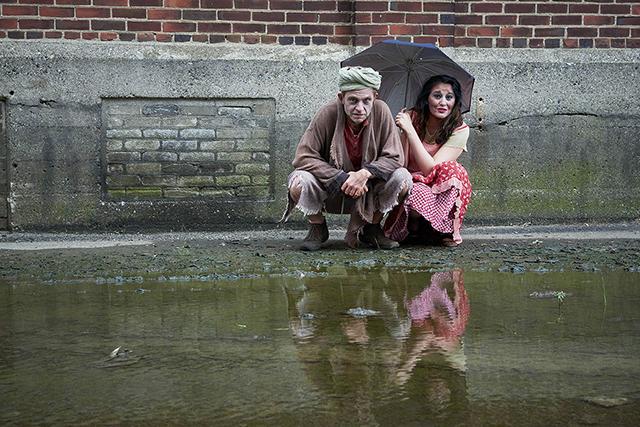 Opens Friday at the former Rainbow Foods at 27th Ave. S. and East Lake Street: Frank Theatre’s “The Good Person of Setzuan.” We’re getting used to theater in unconventional spaces (and we like it, mostly), but this is a first. Rainbow stores are huge. But the cast is large – 17 people – and the comic play-with-music by Bertolt Brecht, translated by Tony Kushner, asks a big question: How can we practice goodness and create a world that will sustain it? And if any theater can pull this off, Frank can. 8 p.m. FMI and tickets ($25). Ends Nov. 20.

Two nights at the newly remodeled, bigger and airier Black Dog in Lowertown, across from CHS Field, the Saints’ stadium. On Saturday: Pat Moriarty/Ellen Lease, with Moriarty on saxophones and Lease on piano, Chris Bates on bass and Davu Seru on drums. Smart, adventuresome jazz and improvisation, performed with a sense of joy. 8:30 p.m. No cover, but be kind to the tip jar when it comes your way. On Sunday: Robin Holcomb and Michelle Kinney. Two fierce improvisers – Seattle-based Holcomb on voice and keys, Kinney on cello – will perform here together for the first time. 4 p.m. FMI. No cover, tip jar.

Friday through Sunday at the Lab Theater: Minnesota Dance Theatre: “Fierce & Feminine.” Works by four women choreographers include three world premieres. Wynn Fricke premieres “Cold Air,” inspired and set to a piano score composed and performed by Peter O’Gorman. (He describes his music as “delicately sparse, emotionally resonant, and at times, profoundly simple.”) Lise Houlton premieres “Dispatches,” set to the music of Mozart. Helen Hatch presents a series of vignettes blending ballet with American movement. And Loyce Houlton’s “Wingborne,” set to the music of Dvorák, returns to the repertoire for its 45th anniversary. Friday and Saturday at 8 p.m., Sunday at 2 p.m. FMI and tickets ($35/$25). 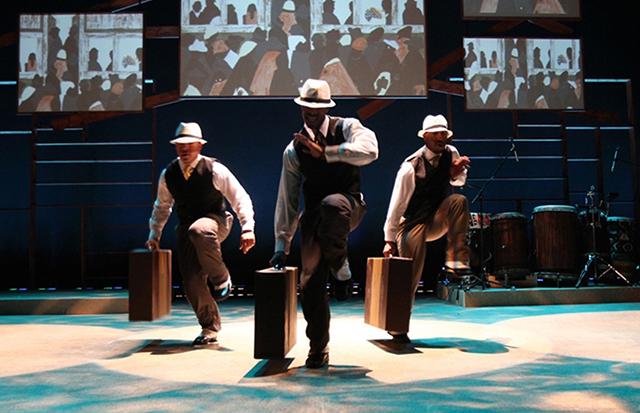 Saturday at the Ordway: “Step Afrika! The Migration: Reflections on Jacob Lawrence.” Co-commissioned by the Ordway, this new work honors the African-American artist and his series of paintings, “The Migration of the Negro,” bringing them to life with stepping, South African gumboot and traditional West African dance. 7:30 p.m. FMI and tickets ($19-39).

Fascinated by all things Fabergé? Currently hosting its own Fabergé exhibit, The Museum of Russian Art (which we like more and more, each time we visit) has invited Mikhail Ovchinnikov, the first deputy director of Fabergé Museum in St. Petersburg, to give a presentation. His talk, “Fabergé in St. Petersburg: from Purveyor to the Imperial Court to a Private Museum,” will cover the museum, its collection, and the history that connects it to the city. Saturday, Nov. 5, 6:30 p.m. FMI and tickets ($12-$15).