Playwright May Lee-Yang and the SPCO’s Kyu-Young Kim were among the winners of the 24th annual Sally Awards, announced Monday night at a public ceremony at the Ordway.

Named for Sally Ordway Irvine, the driving force behind the performing arts center that’s home to the Minnesota Opera, the Ordway Center for the Performing Arts, the Schubert Club and the St. Paul Chamber Orchestra, the Sallies honor individuals and institutions that strengthen and enrich our state with their commitment to the arts and arts education. The awards are given in five categories.

The Arts Access Award went to May Lee-Yang, a playwright, poet, prose writer, performance artist and educator whose plays include “Hmong-Lao Friendship Play or Lao-Hmong Friendship Play” and “Confessions of a Lazy Hmong Woman.” In 2012, her company produced a Hmong-language version of “Confessions” to create accessibility for people who spoke little or no English or had never seen theater before.

Steven Schmidt won the Commitment Award. General manager of the City of Rochester Music Department/Riverside Concerts, also known as Rochester Civic Music, Schmidt has contributed to the city’s musical landscape for more than 27 years. The several concert series, annual music festival and other music-related events he conceived, manages and curates serve more than 250,000 people each year.

The Education Award was shared by the Rev. Carl Walker and Grant West. In 1988, the two musicians founded the Walker West Music Academy, a St. Paul-based school that offers music lessons and concerts rooted in the African-American cultural experience. This enduring community institution serves nearly 200 students each week, both children and adults.

Kyu-Young Kim won the Initiative Award. Principal violin of the St. Paul Chamber Orchestra, Kim was named artistic director in 2016, the first member of a major American orchestra to play both parts at the same time. A versatile and accomplished musician, he has used his new role to develop creative musical programming, bring in new guest artists and make the SPCO more accessible to a wider audience.

The Vision Award went to Rebecca Moran Cusick and Los Alegres Bailadores. Founded in 1977, Los Alegres Bailadores is a Mexican folkloric dance group based on St. Paul’s west side. Founder, director and instructor Cusick has not only preserved and promoted this art form, but has also used it to address social issues and bridge cultural gaps.

When Bob Dylan won the Nobel Prize for Literature, former U.S. poet laureate Billy Collins happened to be in Minnesota, making two appearances for Pen Pals, the Friends of the Hennepin County Library’s author series. It seemed only natural that someone would ask Collins his opinion on that, and on Friday morning at the Hopkins Center for the Arts, someone did.

“I was fine with it,” Collins told the sold-out crowd who had come to hear him read and speak. “The Nobel Prize committee often comes up with obscure writers, and you have to play catch-up [to learn who they are]. But you don’t have to google Bob Dylan.

“Some people are saying [Dylan’s lyrics] are not quite literature. Students are asking, ‘What about Jim Morrison? He’s a poet, isn’t he?’

“I’ve read [Dylan’s] lyrics on paper, and his liner notes. And I think his lyrics do hold up on paper.

“I thought it was an inspired, bold choice, and I’m all for it.”

Tonight (Tuesday, Oct. 18) at the Cowles: The SAGE Awards for Dance. We’ll tell you tomorrow who won, but if you want to share tonight’s excitement with a room full of choreographers, dancers, educators, designers and dance fans, tickets ($12) are still available.

Wednesday at the Ted Mann: Claudia Rankine and Marilynne Robinson in conversation. Think Dream Dinner Party Guest List. What will they talk about, these two exemplary women, one (Rankine) a New York Times best-selling poet, MacArthur Fellow and winner of the National Book Critics Circle Award, the other (Robinson) a New York Times best-selling author of novels and essays, winner of two National Book Critics Circle awards, the Pulitzer Prize, the National Humanities Medal and the Library of Congress Prize for American Fiction? We don’t have a clue, but we can’t wait to hear. Rankine’s latest is “Citizen: An American Lyric,” a meditation on race, racism, language, violence, identity and art; Robinson’s is “The Givenness of Things,” a defense of Christianity. They’ll be at the U for the 15th anniversary of the Esther Freier Endowed Lectures in Literature, where they’ll also answer questions and sign books. 7:30 p.m. Free and open to the public, no tickets or reservations needed. 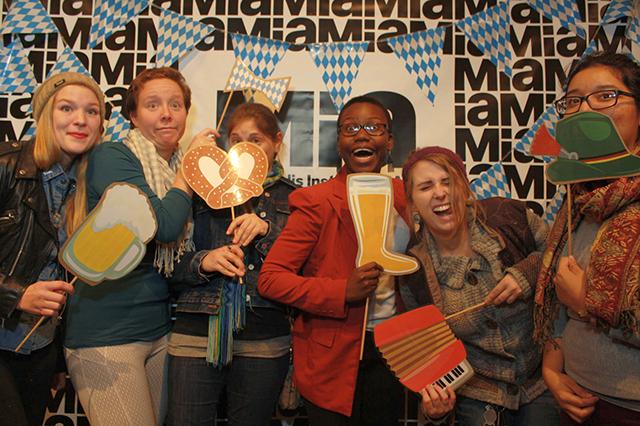 Thursday through Saturday at Heart of the Beast: Music Animated: A Puppet Concert Series featuring Dosh. Music meets puppetry in a show being compared to a live music video, or a musician accompanying a silent film. Director Bart Buch worked with local youth to record interviews with neighborhood helpers. During the performance, these stories are layered over Dosh’s compositions, calling attention to people who are sources of light in the Phillips and Powderhorn communities. Puppeteers Seth Eberle, Angela Olson and Laurie Witzkowski join Buch and Dosh onstage in the Avalon Theatre. All performances are family-friendly. 8 p.m. Thursday and Friday, family matinee at 2 p.m. Saturday. FMI and tickets ($20; kids $2 on Saturday). 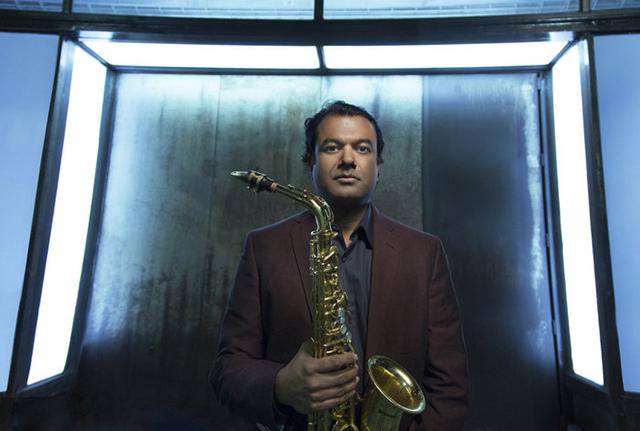 Sunday at Vieux Carré: Rudresh Mahanthappa’s “Bird Calls.” A rare opportunity to see an extraordinary artist in a warm and intimate space. A second-generation Indian-American, alto saxophonist Mahanthappa has one foot in 21st-century jazz, another in South Indian classical music, and when you listen to his recordings or see him live, it’s easy to hear how much the two traditions have to say to each other, and how well they get along in the right hands. His incisive sound, incendiary playing and original compositions are thrilling, his creds impressive: director of jazz at Princeton, winner of a Doris Duke Performing Artist Award, Guggenheim fellow, named Alto Saxophonist of the Year numerous times by Downbeat and the Jazz Journalists Association. Released last year, “Bird Calls” is his 15th album as leader; both Downbeat and NPR Music named it Album of the Year. Some of us here in the Twin Cities know Mahanthappa for his appearances at the Walker and his work with Ragamala Dance on “Song of the Jasmine.” He’ll play Vieux Carré with a stellar band: Adam O’Farrill on trumpet, Joshua White on piano, Thomson Kneeland on bass and Dan Weiss on drums. Two sets, 8 p.m. and 10 p.m. FMI and tickets ($35).