Why are we seeing two productions of Shakespeare’s rarely produced “Pericles” in the same year? The play was Joe Haj’s directorial debut at the Guthrie in January, and it launches Ten Thousand Things’ 2016-17 season at Open Book on Friday. There’s a simple explanation: TTT’s Michelle Hensley applied for an NEA grant to do “Pericles” long before the Guthrie’s announcement.

Not only are the two 10 months apart, but each director approached the play differently. Haj gave us a majestic, music-filled tale of a prince to whom bad things happen, and whose tragedy-filled life has a surprise happy ending when he’s joyously reunited with the wife and daughter he thought were dead. Hensley sees a play that treats women badly. They’re offered as prizes in contests and tournaments, left to fend for themselves in abusive relationships, thrown into the sea immediately after giving birth while still alive, raised by strangers, threatened with murder, kidnapped by pirates, and sold to brothels.

On a splendid fall afternoon in Minneapolis, we spoke with Hensley at her home about Shakespeare, “Pericles” and the nontraditional audiences she serves. Before playing to the public, Ten Thousand Things shows tour correctional facilities, low-income centers and shelters, where many audience members have been victims of neglect, sex trafficking and abuse. Most have never seen a play before. Hensley brings the same stripped-down, road-ready versions of her plays to Open Book: minimal props and costumes, the room lights full on, the audience seated in two rows of chairs on four sides facing in, creating a de facto “stage” in the middle of the room. It’s theater so near you can reach out and touch it.

We came away with insights into why Hensley regularly presents Shakespeare’s plays – this will be TTT’s 15th Shakespeare since 1998 – and how she makes them so broadly accessible, fresh and meaningful today. 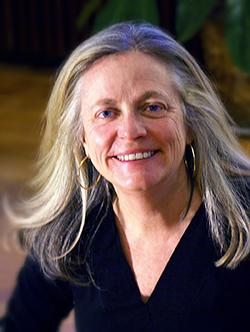 Michelle Hensley on Shakespeare: Shakespeare wrote knowing that people of all classes would be in his audience. He has characters of all classes in his plays, and his stories are about big, central human questions. There is so much creative freedom in directing Shakespeare because he gives you very few restrictions on how the play has to be done. It’s so malleable. You can make it a story that makes sense today and includes everybody.

“Pericles” is among the more challenging. We made it work, but that was a tricky one. Our [nontraditional] audiences seem to be really engaged and really liking it.

On addressing the misogyny in “Pericles”: I couldn’t have done [this play] with the ending Shakespeare has. Pericles is reunited with his wife, who he basically threw overboard in a storm without even checking to make sure she was dead, and the daughter he left behind with somebody else to raise for 16 years. He is overjoyed to be reunited with them, and from the moment he recognizes them, the women get to say nothing. They have no words.

The misogyny is just so glaring. Since we have our playwright-in-residence, Kira [Obolensky], I asked her to help me revise the ending a little bit and give the goddess Diana a new speech. [Diana] simply corrects Pericles’ recounting of his life and points out some things he overlooked. We have her say, “You are not aware of half the world. Let me show you what you are not seeing.” Pericles is calling out Diana’s name all the time, but he doesn’t really know how to worship or honor a woman, so what better way to end the play than to have her sum it all up?

I didn’t have any problem rewriting the ending. [Whenever we do a Shakespeare play], I post a quote on the wall by British director Declan Donnellan, who runs a theater company called Cheek by Jowl. He says the most important thing to remember about Shakespeare is that he’s dead and we’re alive. So we always try to make Shakespeare live and breathe in the times we live in. At least in a lot of our country, women have much more voice than they did in Shakespeare’s time, when women weren’t even allowed on the stage. They were not even allowed to act the female parts, so that’s huge with me. With “Pericles,” I was finally like, “I cannot take this anymore. I can’t do this play the way it’s written, with that ending.”

The only [part of the play] I cut, which we all found highly offensive, was the unopposed argument that the daughter [of Antiochus] is somehow responsible for her own incest and deserves to be punished just as much as her father. Not only do I find it offensive, but there are women in our audiences who have been victims of that kind of abuse, so I will not let them for a second take any responsibility for that. So yeah, I cut that.

On deciding to do “Pericles” despite its problems: It seemed to me that so many in our audiences could relate to the extremes of the journey that Pericles finds himself on – fleeing home, losing everything, status as well as possessions, finding oneself in strange new lands, loss of loved ones, family ripped apart – with the big questions being, “How much of it is out of my control? How much of it is actually at least somewhat my responsibility?” And the possibility of miracles giving one hope through all the dark and painful times is always crucial.

On trimming Shakespeare’s plays to a more wieldy length: I just cut out the repetition, because Shakespeare repeats himself so much. It’s amazing when you go through one of his plays. You wonder – was he getting paid by the word? He’ll say the same thing three or four times, in part because at the Globe audiences were coming and going, and they’d go out and get a turkey leg and come back and need to be filled in what happened. So if you just do that, you can keep all the story points, all the plot points.

I can usually cut [a Shakespeare play] by about a third, which is crucial for any audience. I don’t think most of us are made to sit through much more than a two-hour play. I’m certainly not. That’s not any kind of condescension to our nontraditional audiences. It’s an honoring of all of us and the reality of our lives. And it’s actually much more effective to have a character say a thing once and very clearly, and then you can just move on with the story.

On making Shakespeare accessible to all kinds of audiences, without changing the language: I don’t understand most Shakespeare when I go see it at other theaters. I have a hard time understanding what people are talking about. Wanting my first-time audiences to come away going “Theater is awesome!” I feel deeply driven to make it clear.

One of the easiest ways to make things clear is for actors to use their bodies to physicalize what they’re doing. So often in Shakespeare, actors stand still and declaim. We have a very physical approach. It’s all about making the characters’ intention – what they’re trying to do to the other characters – so clear that you can feel it in your gut, even if you can’t understand the words. Once we do that, we find the words are quite easy to fill and make clear because we really understand what is trying to be done with them. It’s taken a while, but my nontraditional audiences were my biggest teachers in that.

We have a thing we call “The Ten Thousand Things Pointing School of Shakespeare.” So many times in Shakespeare, a character will talk about somebody who’s not on the stage, and we really have no idea who they’re talking about because we can’t see who they’re talking about. We’ve found that if they gesture towards where you last saw that character, suddenly you’re like, “That’s who it is!” Little things like that [help audiences] keep track of things.

As a culture, we’re so used to seeing close-ups of actors’ faces on TV and film. [At a TTT play], you get that same close-up experience, except it’s live theater. Because we don’t have stages or lights, the soliloquys are – as they were in Shakespeare’s time, when they didn’t have lights – just characters talking to the audience. Many times, our nontraditional audiences will talk back. That’s our favorite. It happens a lot. It happens most in the women’s prisons. From that, we learned that when a character has a soliloquy, it’s not him alone on stage talking to himself. It’s really him asking the audience to help him figure out what to do. In Elizabethan times, and with some of our audiences, if you ask them, they’ll tell you. They’ll give you advice. Suddenly, those long, boring speeches come alive.

On playing to nontraditional audiences: That’s always who I imagine first. That’s the most important thing. If I can’t see a way into [a play] for them that’s really strong and meaningful, then we won’t do it. That’s always the starting point.

“Pericles” opens Friday, Oct. 14 at Open Book and closes there on Sunday, Nov. 6. In between, it spends three nights (Oct. 27-30) at the Guthrie’s Dowling Studio. Michelle Hensley directs a cast led by Ansa Akyea as Pericles. FMI and tickets ($30 or pay-what-you-can for under age 30, $10 minimum).

Shakespeare according to Hensley: insights into Ten Thousand Things’ ‘Pericles’