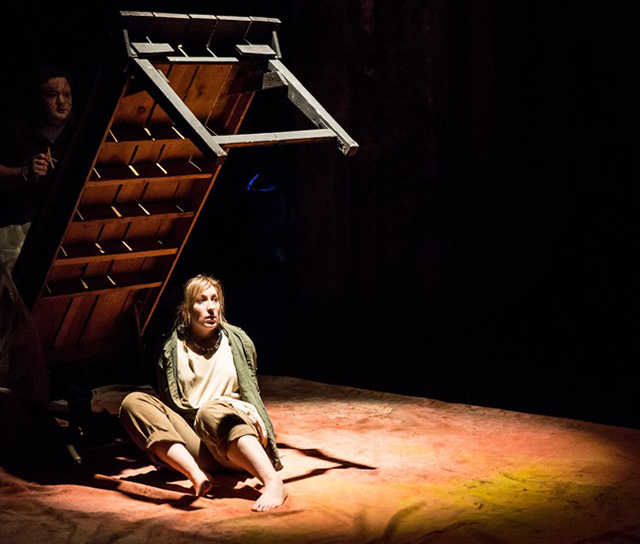 Feeling Halloweenish? Maybe it’s because your neighbors are hanging giant spiders on their homes and planting skeletons in their yards or posting “Watch for Werewolves” signs. Of all the Halloween-themed events we’ve heard about – and there are plenty on the way – these stand out from the crowd.

The Fifth Annual Twin Cities Horror Festival at the Southern. This being the Land of 10,000 Theaters, naturally we devote not one, not two, but 11 days – starting Thursday, Oct. 27, ending Sunday, Nov. 6 – to a festival of terrifying theater, dance, music and film. Let’s just say that when they turn the lights way down at the Southern, it’s a whole different place. This year’s Horror Fest includes 18 programs, most offered several times, by companies including Savage Umbrella (“Sweet Dreams, Alfie”), Four Humors (“Ubu for President”), Dangerous Productions (“Senseless”), The Importance of Being Fotis (“The Philip Experiment”) and TCHF founding members The ColdHarts (“The Legend of White Woman Creek,” “Edgar Allan,” “The Unrepentant Necrophile”). You can even take a class called “Acting Scary” from Tyler Olsen, artistic director of Dangerous Productions. FMI including schedule and tickets. Read the descriptions carefully and heed the age limits.

“Mary and her Monster” at the Bakken Museum. Turns out the small, elegant museum just west of Lake Calhoun has a first edition of Mary Shelley’s “Frankenstein.” It’s on view as part of a new exhibit opening Saturday, Oct. 29, called “Mary and her Monster: Mary Shelley and the World That Created Frankenstein.” You can wait until then or see it sooner at the preview party tomorrow (Thursday, Oct. 27), which also includes early access to a new show of illustrations by Zak Sally, artist, cartoonist, and former bassist for the band Low. FMI and tickets ($12). Preview party is 21+.

“Backpacking With Dracula” at Subtext Books. Minneapolis native Leif Pettersen is a touring professional, writer, humorist and world traveler. He spent two years based in Romania researching multiple editions of Lonely Planet guidebooks – and learning all about Vlad the Impaler and the vampire he inspired. On Friday, he’ll share Dracula stories and things you don’t know about modern-day Romania. Rick Steves found Pettersen so interesting he featured him on an episode of his radio show. Here’s a trailer for Pettersen’s book. 7 p.m. Free.

Ghoulish Delights Presents The Mysterious Old Radio Listening Society at the Bryant-Lake Bowl. Vintage-style thrills and chills. The voices behind the popular Mysterious Old Radio Listening Society podcast will re-create a pair of classic horror stories from the golden age of radio, complete with the original announcements and commercials. The stories are “The House in Cypress Canyon” from the radio series “Suspense” and “The Gibbering Things” from “The Shadow.” Joshua English Scrimshaw, Tim Uren, Eric Webster and special guest Shanan Custer (Brave New Workshop, “2 Sugars, Room for Cream”) are the cast. Friday-Sunday at 7 p.m. FMI and tickets ($15/$12/$6 ages 12 and under).

Halloween-themed ballet at the Lakeville Area Arts Center. In “Art in Motion: A Thriller of an Event,” members of the Twin Cities Ballet of Minnesota perform dances inspired by Frankenstein, ghouls and Halloween characters and a grand finale zombie dance. Come in costume, stay after for the Halloween party. 7:30 p.m. Saturday. FMI and tickets ($16), or call 952-985-4640.

Tonight (Wednesday, Oct. 26) at the Loft at Open Book: Benjamin Percy presents “Thrill Me: Essays on Fiction.” Percy’s next novel, “The Dark Net,” is due out in 2017. Meanwhile, just published by Graywolf and already winning raves, “Thrill Me” is the New York Times best-selling author’s first work of nonfiction, a book on how to craft a thrilling read. He writes from experience. After publishing two short-story collections and a literary novel, Percy penned a werewolf tale called “Red Moon” and his career went kaboom. He’ll follow his talk with a Q&A and a book signing. 7 p.m. FMI and tickets ($10/9).

Tomorrow at the Landmark Center: Francesca Anderegg and Matthew McCright. Lucky you, if you work in downtown St. Paul and have an hour for lunch. On most Thursdays from October through April, thanks to the Schubert Club, you can see a free concert in Courtroom 317 of the Landmark Center. In this week’s Courtroom Concert, violinist (and St. Olaf professor) Anderegg and pianist McCright play a rhythmic program of works by Piazzolla (“Libertango”), Villa-Lobos, Ginastera and Guerra-Peixe. Doors at 11:30, concert at noon. Seating is limited. FMI. Free. We heard Anderegg perform at Studio Z in September (with pianist Brent Funderburk) and enjoyed it very much. 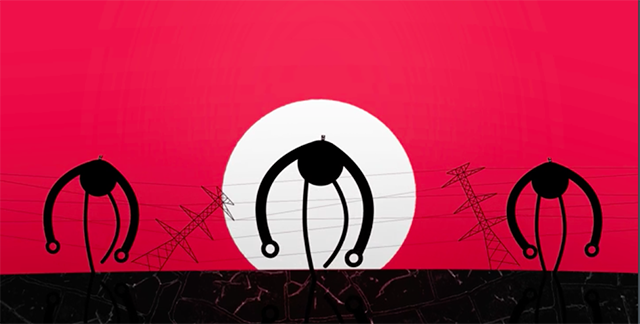 Courtesy of Motionpoems
Still from ‘The Robots Are Coming’ by Minneapolis-based filmmaker Julia Iverson.

Tomorrow at the Walker: Motionpoems Season 7 Premiere. How can a poem be even more powerful and transporting? Make it into a short film and add music. For the seventh year of Motionpoems, an idea that began when poet Todd Boss met animator Angella Kassube in a coffee shop, the arts nonprofit worked with Cave Canem, a writer’s center in Brooklyn, New York and a home for black poetry. We had a sneak peek at six of the films and this looks like a strong and beautiful program. Todd Boss – still a poet, now also Motionpoems’ executive and artistic director – and MPR Cube Critic Stephanie Curtis will co-host. Several featured poets and filmmakers will be in attendance. Two screenings, 6 and 8 p.m. FMI. Free tickets will be available at the Hennepin lobby desk starting an hour before each screening.

Tomorrow at Mia: Durades Dialogue: Mitchell Squire and James Garrett Jr. Artist, educator, and professor of architecture at Iowa State University, Squire will share images of his work and talk with St. Paul architect Garrett about how one man reflects on black selfhood through creative and academic actions. Named for arts advocate Jean Ann Durades, the Durades Dialogues feature artists, curators and other creatives of African descent. 6:30 p.m. in the Pillsbury Auditorium. Free, but tickets are required. Call 612-870-6323 or register here.

Tuesday (Nov. 1) at the American Swedish Institute: Marcus Samuelsson Talk and Book Signing. His restaurant in Minneapolis, Aquavit in the IDS Center, closed 13 years ago, but we still love Samuelsson, the Ethiopian-born, Swedish-raised, now Harlem-based chef, restaurateur and winner of multiple James Beard awards. He’ll talk about his latest, “The Red Rooster Cookbook: The Story of Food and Hustle in Harlem” and sign copies, which will be available to buy. Samuelsson’s appearances here sell out, so act quickly on this if you’re interested. 10 a.m. FMI and registration ($15/$10).