The scenic small town of Lanesboro in southern Minnesota, population 750, is about a 250-mile round trip from Minneapolis and St. Paul. Yet many people in the Twin Cities make the trek often during the year, and not only because Lanesboro is known as the state’s Bed & Breakfast Capital. They go for theater – famously good theater performed by a resident ensemble of professional artists in a $3.5 million house whose 191 seats were once in Ralph Rapson’s original Guthrie.

The Commonweal Theatre in Lanesboro announced its 29th season this week. They’re calling it a bridge season – the end of one era and the start of another. For the past 20 years, the Commonweal has produced an annual play by Henrik Ibsen. Over time, the play became the centerpiece of a weekend-long Ibsen Festival. The Ibsen commitment ends this year with “When We Dead Awaken,” the latest in a series of world premiere adaptations by Jeffrey Hatcher. Fittingly, “When We Dead Awaken” was Ibsen’s final play.

Also in 2017, the 25th season for Executive Director Hal Cropp, the Commonweal will launch a second-stage series called Wealhouse. Three plays will be staged in three different locations around Lanesboro, reinforcing the town as an “arts campus.”

The theater’s fall play is Michael Hollinger’s “Ghost-Writer” (Sept. 7-Nov. 12), in which a novelist’s secretary continues taking dictation after he dies. She’s just finishing the novel; what’s so mysterious about that? Mark Brown’s delightful “The Trial of Ebenezer Scrooge” (Nov. 16-Dec. 22) rings in the holidays and rounds out the year.

The plays in the new Wealhouse series have been announced, but not the times or the places. They include Greg Allen’s “The Last Two Minutes of the Complete Works of Henrik Ibsen” – all 26 plays. Coming from a theater with years of expertise in Ibsen, this sounds like a sure thing. Also in the Wealhouse: Brecht’s “Waiting for Godot” and Conor McPherson’s elegant, award-winning “The Weir,” set in a rural Irish pub.

Thursday at the Loft: Nodin Press Book Launch with Margaret Hasse. Poet Hasse’s sixth book, “Between Us,” explores bonds with family, friends and the natural world. Her five previous collections include two finalists for the Minnesota Book Award and “Milk and Tides,” winner of the poetry prize from the Minnesota Independent Publishing Association. You can read a couple of her new poems here. Balm for the spirit and soul. 7 p.m. at Open Book. Free.

Friday-Sunday at the Cabaret at Camp Bar: “The Complete Works of William Shakespeare (Abridged).” It’s been said that if you love Shakespeare, you’ll love this show – and if you hate Shakespeare, you’ll love this show. All 37 plays in 97 minutes, performed by three guys in tights, who portray everyone from Hamlet to Juliet. Heaps of silliness. 7:30 p.m. Friday and Saturday, 5 p.m. Sunday. FMI and tickets ($29.50 general admission; other options available). 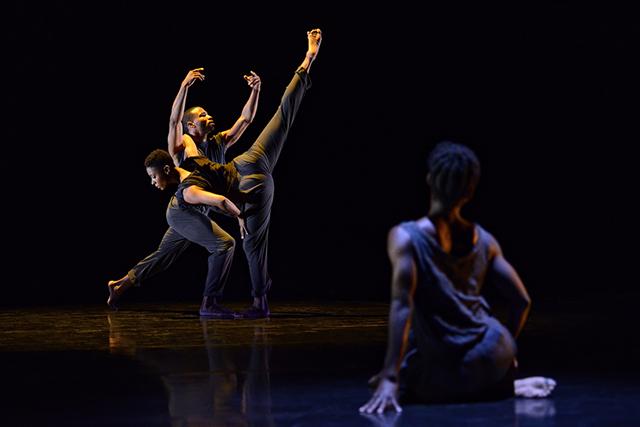 Friday-Sunday at the O’Shaughnessy: TU Dance Fall Concert. Since its founding in 2004 by former Alvin Ailey dancers Toni Pierce-Sands and Uri Sands, TU Dance has never been shy about confronting and expressing complex themes of social change. For their 13th performance season, their timing couldn’t be better. Two world premieres respond to contemporary tensions of race, culture and identity. Commissioned by TU, New York choreographer Francesca Harper’s “Witnessing” examines the current state of justice and humanity. Uri Sands’ “Matter” addresses recent local and national tragedies involving racial bias and profiling. Also on the program: a reprise of Sands’ “Tearing,” which looks at how communities come together in expressions of grief and celebration. Friday and Saturday at 8 p.m., Sunday at 2. FMI and tickets ($24-34).

Saturday at Studio Z: Chris Bates’ Good Vibes Trio. The sixth season of the jazz series curated by guitarist Zacc Harris is under way at Studio Z, the second-floor Lowertown listening space built out and maintained by the new music group Zeitgeist. This is a stellar trio: Bates on his new bass, Dave Hagedorn on vibraphone and Phil Hey on drums. Music starts at 7, but if you come at 6 for the masterclass, you’ll save $5 and learn something. FMI and tickets ($10 advance/$15 door). Coming up, if you want to mark your calendars now: Javi Santiago Trio Plays Ahmad Jamal (Dec. 3), Babatunde Lea Group (Dec. 17),

Saturday and Sunday at the Capri Theater: “Chances Are: The Johnny Mathis Duets.” Date night! Julius Collins and Thomasina Petrus will share luxurious harmonies in this tribute to Mathis and the women he sang with: Deniece Williams, Dionne Warwick, Patty Austin and others. This concert is part of the Capri’s “Legends” series, programmed by Dennis Spears, who promises “music filled with love,” and that’s a very good thing. With Adi Yeshaya on piano, Tony Axtell on bass and Kevin Washington on drums. 7 p.m. Saturday, 3 p.m. Sunday. FMI and tickets ($25). 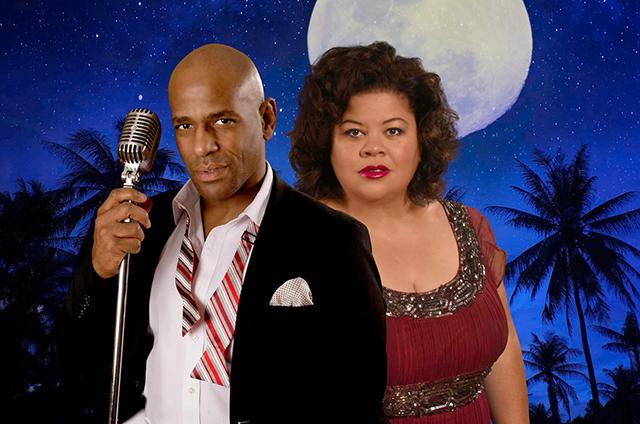 The Minnesota Orchestra’s April 15 concert with Dessa sold out, so it has added a second on Friday, April 14. Sarah Hicks will conduct both. FMI and tickets ($30-60).

With the Friday, May 19, show in high demand, Hennepin Theatre Trust has added a second night – Thursday, May 18 – for Steve Martin and Martin Short in “An Evening You Will Forget for the Rest of Your Lives” at the Orpheum. Tickets ($79-199) go on sale Friday at 3. Buy at the State Theatre box office, save on fees.