Last week was a good one for many Minnesotans. So many accolades, cool things and dollars rained down that we’ve put them all into an Honor Roll.

The great jazz bassist Anthony Cox was named Metropolitan State University’s 2016 Alumnus of the Year. Doomtree rapper, writer, and “social entrepreneur” Dessa (Forbes dubbed her that in a September profile) is part of the mix on the forthcoming album “Lin-Manuel Miranda’s ‘Hamilton Mixtape,’ ” along with John Legend, the Roots, Usher, Kelly Clarkson, Regina Spektor (who opens the Palace Theatre in St. Paul on March 26) and other hot names in music, which means that everyone in the world will hear her. The release date is Dec. 2; you can preorder now on amazon and iTunes. Graywolf Press publisher and director Fiona McCrae and executive editor Jeff Shotts were jointly named winners of the 2017 Editors Award from Poets & Writers “in honor of the tremendous impact they have had, individually and collaboratively.”

Twenty-four Twin Cities poets will have their poems featured on buses and trains starting in spring 2017. Their work was chosen for the Saint Paul Almanac’s “Impressions” project, which drew more than 300 submissions. It will be paired on broadsides with winning visual art by 24 artists. (Submissions are still being accepted for art, through Nov. 15; that deadline has been extended). Poets whose words we’ll read include Margaret Hasse, J. Otis Powell‽, Saymoukda Duangphouxay Vongsay and Tim Nolan.

The 17th annual Sound Unseen Film + Music Festival officially starts tomorrow (Thursday, Nov. 10), but there’s also a screening tonight (Wednesday, Nov. 9). Almost all of the films are about music; most are one-night-only Minnesota premieres. Here are two we especially like. Sorry they’re showing at the same time.

Thursday, Nov. 10, at the Trylon: “What Would Beethoven Do?” Performer and musical genius Bobby McFerrin, Boston Phil conductor Benjamin Zander, composer Eric Whitacre and others make a strong case that classical music is not dead or boring but fun, thrilling and right at home in the 21st century. 7 p.m. FMI, tickets and trailer ($10 advance, $12 door).

We’re also intrigued by (but haven’t yet seen) “Arctic Superstar,” about an indigenous Sami rapper in Norway (also screening on Thursday); “A Song for You: The Austin City Limits Story” (Friday); and “Tower,” a film that combines archival footage with rotoscopic animation to tell the awful story of the Texas sniper, Charles Whitman, and his murderous 1966 spree (Saturday).

Go here to learn more about all of the films in this year’s Sound Unseen. And here to find the parties.

Starts Friday (Nov. 11) at the Red Eye: SuperGroup Presents: People I Know. How do we know we know who we know? Say that aloud a few times if you need to. It’s a central question of the latest dance/theater creation by the experimental performance company SuperGroup, the Minneapolis-based collaboration of Sam Johnson, Erin Search-Wells and Jeffrey Wells. What started as solos performed at the Bryant-Lake Bowl, Public Functionary and the Cowles in 2016 is now a multi-layered, interdisciplinary evening-length work with an all-star cast: Venus DeMars, Judith Howard, Deborah Jinza Thayer, Mary Moore Easter, Miriam Must and Derek Phillips. Heavy hitters. 8 p.m. FMI and tickets ($10-25 sliding scale; no one turned away). Also Nov. 12 at 8 p.m., Nov. 13 at 2 p.m., and Nov. 16-19 at 8 p.m. 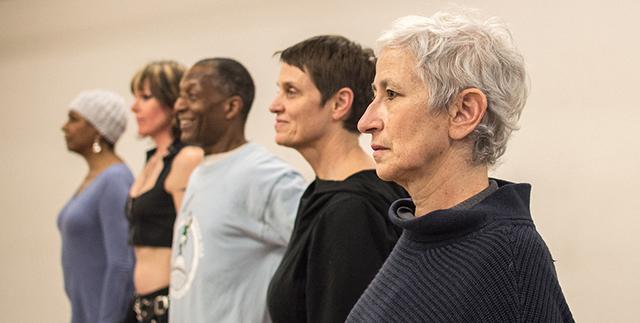 Friday and Saturday at Orchestra Hall: Vänskä Conducts Mahler’s Sixth. Now that the Minnesota Orchestra has recorded all seven Sibelius symphonies (and, earlier, all nine Beethoven symphonies), they’ve moved on to Mahler. They recorded the Fifth with Sweden’s BIS records in June. Next up: the Sixth. Before recording, they’ll play it live in concert twice, accompanied by the world premiere of “AROMA,” a showpiece for clarinet and orchestra by Swiss clarinetist-composer Claudio Puntin, who also performs as the soloist. 8 p.m. both nights. FMI and tickets ($29-96).

Friday and Sunday at Landmark Center: Consortium Carissimi: “Alma Gentil: Early Baroque Meets Jazz.” For its 10th season opener, the vocal and instrumental ensemble Consortium Carissimi will play the 17th- and 18th-century Italian baroque music it specializes in – and five new pieces by jazz composer Jeremy Walker. Twenty years ago, CC artistic director Garrick Comeaux had a conversation with jazz trumpeter Kenny Wheeler about the commonalities between the two styles of music, and the idea for this type of concert has been percolating with Comeaux ever since. Walker is no stranger to crossing borders; his previous works include “The Rage of Achilles” (opera/classical voice with jazz instrumentation) and “7 Psalms,” based on the ancient texts. The concert also includes a piece Wheeler composed for CC. With guest artists the Jeremy Walker Trio. Friday at 7:30 p.m., Sunday at 2 p.m. In the Weyerhaeuser Auditorium. FMI and tickets ($10-$25; under 18 free). 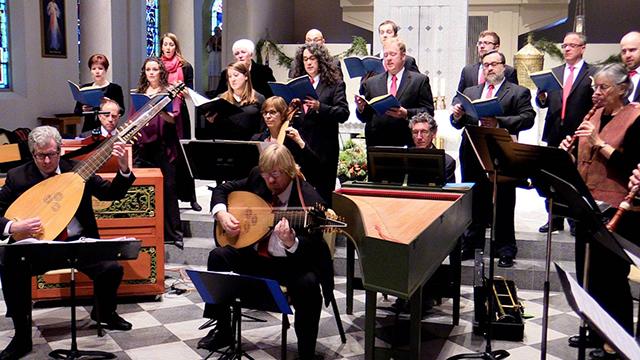 Saturday at the University of St. Thomas: “The Irish Way of Death.” This isn’t meant to be a downer. It sounds really interesting, and it’s free. Presented by the University’s Center for Irish Studies, the program includes a talk by folklorist Ray Cashman about contemporary Irish funeral customs in rural Ireland; performances of “The Music of Mourning” by traditional singer Erin Hart and accordionist Paddy O’Brien; a session on death and dying in Irish literature presented by student researchers; and a 4 p.m. screening of the documentary “One Million Dubliners,” about Glasnevin Cemetery, Ireland’s largest multidenominational graveyard. In South Woulfe Alumni Hall. 1 p.m. – 5:30. FMI.

Tuesday at the University Club: A celebration of Tom McGrath’s poetry. The November edition of Carol Connolly’s Reading by Writers is a line-up of local literati, remembering and reading work by the radical poet Tom McGrath. Born and raised in a farming community in North Dakota, McGrath was blacklisted from teaching by Joseph McCarthy (and later taught in Minnesota for many years; he died here in 1990). David Unowsky will host; Mike Hazard, Dale Jacobson, Patricia Kirkpatrick, Jim Lenfestey, Freya Manfred, Richard Robbins, Mark Vinz and J.P. White will read. 7:30 p.m. FMI. Free.

Thursday, Dec. 1 at the Trylon: The Gateway Show. We were saving this for later, since it seems so far away, but now we hear the 7 p.m. screening is sold out, plus the Trylon is tiny. “The Gateway Show” is a double feature of two short films about Minneapolis in the days before the downtown condos, when bums drank whiskey on the sidewalks and flophouses and bars lined the streets. John Bacich’s 16mm film “Skid Row” will screen, and John Akre’s animated “Demolition Dreaming,” with live accompaniment by Dreamland Faces and narration by Jill Underwood. James Eli Shiffer, author of “The King of Skid Row” will introduce the films, plus you’ll see some of Bacich’s photos of Skid Row denizens, loaned by the Mill City Museum. And Shiffer’s book will be available for sale. 9 p.m. Tickets here ($12).