On the surface, “The Oldest Boy” is about a 3-year-old boy, son of an American mother and a Tibetan father, who is believed to be the reincarnation of a Buddhist lama. But that’s not what it’s about. Sarah Ruhl’s moving play, which opened Friday in a radiant staging at the Jungle Theater, is a metaphor on parenting, a fable-like tale about letting go of our children, one way or another, sometimes sooner than we thought.

The 3-year-old boy is the only character in the play with a name, Tenzin. Everyone else is a descriptor: Mother (Christina Baldwin), Father (Randy Reyes), a lama (Eric “Pogi” Sumangil), a monk (Tsering Doorjee Bawa), a musician/dancer/monk (Yeshi Samdup). The 3-year-old boy is not a boy but a puppet, animated by Masanari Kawahara, who doesn’t wear all-black or make himself small but is fully present on stage as he handles the Japanese-style Bunraku poet he created. And what a puppet. Its expression can’t change … but it does. Its hands can’t grasp … but they do. At one point in the second half of the play, monks shave its head on stage.

When the play begins, Mother (Baldwin) is trying to meditate, facing the audience. As she notices the audience looking at her, she self-consciously turns to face the back wall. Through a baby monitor on the coffee table, she hears her child stir. There’s a knock at the door. Her husband is at work – he owns the restaurant where they met and fell passionately in love – but she sees no reason not to admit a monk and a lama into their home. They seem especially interested in her son. Later, when she learns the reason, she falls to the floor.

Baldwin is so exquisitely believable in her struggle to come to terms with the sudden, cataclysmic change in her life, and so relatable, that you want to rush the stage and put your arms around her. Father (Reyes) struggles, too, but the belief in reincarnation, and the notion that a lama would travel halfway around the world in search of his reborn teacher, are part of his religious and cultural fabric. The lama (he’s called Rinpoche, an honorific) and the monk are gentle, good-humored and laser-focused on one thing: convincing Mother and Father to let them take Tenzin to India and a new life. He’ll never be the same, and he’ll never return.

The first act takes place in a city in North America (New York seems most likely, though the apartment shared by Mother, Father and Tenzin is impossibly large for the owner of a small restaurant who’s also the cook and sometime dishwasher), the second in a monastery in India, where the family has come for a sort of lama training tryout. Mina Kinukawa’s scenic design and Karin Olson’s lighting design combine in both to create stage magic, especially on the India set, where you feel and believe you’re among mountains. Sean Healey’s sound design underscores the sense of space and place.

Along the way, Ruhl gives you clues to understanding and accepting the characters and their behavior. Mother lost a teacher at a crucial time in her education; she has complicated, symbolic dreams; and her own mother hasn’t yet let go of her. A lapsed Catholic, she has been studying Buddhism on her own, so its ideas aren’t strange to her. Father went against his parents’ wishes by choosing his own wife instead of going through with a traditional arranged marriage.

The Tibetan music and Samdup’s beautiful Deer Dance (done while wearing a mask by Kawahara) are transporting, as is a moment when Kawahara the puppeteer becomes Tenzin the man. The ending is transcendent. “The Oldest Boy” is full of sweetness and light, grief and doubt, spirit and a kind of submission tinged by hope. While it’s based on Buddhist tenets and beliefs, Christians might feel a certain kinship in the idea of letting go and letting God.

Afterward, in the theater’s lobby, director Sarah Rasmussen said in conversation, “How many plays are about parenting, about a mother letting go?” Can you think of any others? We couldn’t. Rasmussen has two young children, and this play spoke directly to her.

Kawahara, in conversation, called playwright Ruhl’s decision to use a puppet as a main character “radical.” It was also practical, because there’s no 3-year-old in the world who could take on this role. He then talked briefly about the Buddhist concept of the consciousness continuing through body after body in a series of reincarnations, and how he sees his role in the play: When he manipulates the puppet, he, Kawahara, is consciousness. And truly, there are moments when that small papier-mâché and clay figure seems fully alive.

“The Oldest Boy” is a strong and satisfying conclusion to Rasmussen’s first full season as the Jungle’s artistic director. It continues through Dec. 18. FMI and tickets ($35-48). 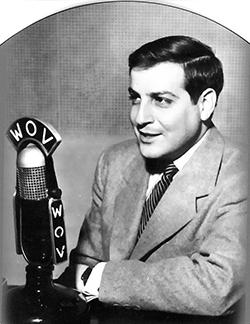 Wednesday at the Dakota: Leigh Kamman Legacy Project Fundraiser. The host of MPR’s “The Jazz Image” for more than 30 years, Kamman was the voice of jazz in the night, an expert, aficionado, lifelong advocate and lover of the music. When he died in October, 2014, at age 92, he left a wealth of audio and visual recordings and writings on jazz, including hundreds of historical interviews with musicians and thousands of hours of radio programming. The Legacy Project aims to preserve and share Kamman’s body of work. You can already hear some of his interviews on the project website. An evening of music by the Larry McDonough Quartet, Patty Peterson, Doug Haining and the Twin Cities 7 with Maryann Sullivan, Steve Blons, Jon Pemberton and Brad Holden, the Santiago Trio and King Iden Woods will cost you $10 at the door, and all of the cover will go to the Project. 7 p.m.

Wednesday at the Weisman: An Evening With Mark Slouka don’t always remember what we deserve to, or want to,” award-winning author Slouka writes in his newly published memoir, “Nobody’s Son.” Instead, “we remember what we have to, which isn’t quite the same thing.” Born in Czechoslovakia, his parents survived the Nazis, escaped the Communist purges, and joined a tide of refugees moving from Innsbruck to Sydney to New York. And Slouka survived the darkness, denial and violent upheaval of his past, including his mother’s madness. A reception follows the reading.7 p.m. Free.

Thursday at the State Theatre: Ina Garten. Who wouldn’t want to spend an evening with the Barefoot Contessa? The Emmy-winning Food Network host and New York Times bests-elling author is out with her latest, “Cooking for Jeffrey,” in honor of her husband. He has happily eaten her food for 48 years and somehow doesn’t show it, despite Garten’s affection for butter. Her recipes can be decadent, but when you’re having company for dinner, they always work. 7:30 p.m. FMI and tickets ($43-79). Tip: Buy in person at the State Theatre box office, avoid service fees. If you like, you can pre-order an autographed copy of Garten’s new book from Williams-Sonoma for pickup at the event.

Friday at the Bockley Gallery: Opening reception for “Frank Big Bear: Nativia.” In the near future, as you stand outside the Walker’s new entrance, looking in through the glass walls, one of the first things you’ll see will be Frank Big Bear’s 50-foot-long “The Walker Collage, Multiverse #10.” Meet the Minneapolis-based artist, winner of numerous Bush, McKnight and Jerome awards, whose works are in the collections of the Walker, the British Museum, Mia, the Weisman, the Smithsonian National Museum of the American Indian and more. 6-8 p.m. Free. Closes Dec. 17.

Friday at the Raymond Avenue Gallery: 3rd Annual Yunomi Invitational Artists’ Reception. Yunomi, aka tea bowls, are small, handleless ceramic cups used in Japan for drinking tea, and here for drinking whatever. They’re an easy, relatively affordable entrée to the world of pottery, a big thing in Minnesota and Wisconsin, and to the pleasure of drinking (and eating, and serving) from vessels and dishes crafted by hand. And they make great gifts. This event was a crowd crush in its first two years – because the Raymond is small, and because a lot of potters and collectors show up – and there’s no reason to expect it won’t be again this year. Come see and maybe take home yunomis by Warren MacKenzie, who first brought Japanese techniques and ideas to Minnesota and has had a tremendous influence on the pottery aesthetic here (and beyond) ever since, and by 34 more potters well-established and up-and-coming including Robert Briscoe, Guillermo Cuellar, Monica Rudquist, Willem Gebben, Matt Krousey, Karen Ruskin, Ernest Miller, Jason Trebs and Andrea Leila Denecke. 6-8 p.m. Free. Closes Dec. 16.

The Jungle’s ‘The Oldest Boy’: a metaphor on parenting