Twin Cities PBS (TPT) will need a big new display case to show off the 18 golden statuettes it won Saturday night at the 2016 Upper Midwest Regional Emmy Awards, held at the Radisson Blu Mall of America. This was the most Emmy wins ever for the public television station, with seven going to “MN Original,” the weekly series about Minnesota artists that returns in January for its eighth broadcast season.

Three individuals at TPT were honored with Emmys for their creative achievements. Maria Bartholdi won twice, for Overall Excellence as Editor and also as Video Journalist; cartoon journalist David Gillette for his “Illustrated Essays”; and Brennan Vance as photographer, non-news program for “MN Original” and “The Lowertown Line.”

TPT president and CEO Jim Pagliarini said in a statement, “Year in and year out, TPT strives to create the most impactful, compelling and artistic television in Minnesota.” Winning 18 Emmys, he said, “is one important way that we know our hard work is paying off.”

What’s the best place to hear classical music? Acoustically, a concert hall, and we have some notable ones in the Twin Cities: Orchestra Hall, the Ordway’s new Concert Hall, Northrop, Antonello at MacPhail, Mairs at Macalester, and if we didn’t list your favorite, we apologize.

But some people aren’t comfortable in concert halls, and that’s OK, because increasingly, classical music is going to where they are.

Along with the St. Paul Chamber Orchestra’s Liquid Music series and the Schubert Club’s Mix, which both move around to nontraditional locations including Aria, the Amsterdam, TPT’s Street Space and the Turnblad Mansion, more classical music is stepping out of formal spaces, at least once in a while.

On Thursday (Nov. 3) at the Turf Club, eight musicians from the St. Paul Chamber Orchestra will perform Mendelssohn’s Octet for Strings. This is a first for both the Turf and the SPCO. The Turf is now owned and run by First Avenue, which cleaned it up (including the bathrooms, yay), added a kitchen (food will be available) and upgraded the sound system. 8 p.m. FMI and tickets ($20; includes a drink). 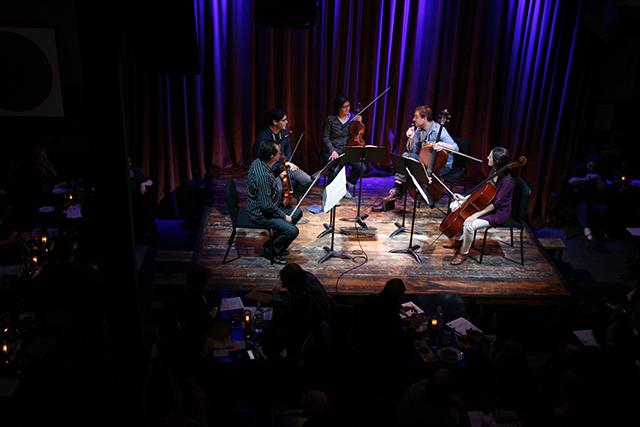 Next Wednesday, Nov. 9, four musicians from the SPCO will head to Icehouse in Minneapolis to perform Wynton Marsalis’s “At the Octoroon Ball.” The SPCO is doing a three-concert miniseries at Icehouse this year, after selling out a let’s-try-this-and-see-what-happens show there in March. 7 p.m. FMI and tickets ($20; includes a drink). Future dates: Thursday, Feb. 23, 2017 and Wednesday, April 26. FMI.

Accordo, the chamber group made up of SPCO and Minnesota Orchestra concertmasters and current and former principal players, had a big night at Icehouse in May and will return next Tuesday, Nov. 8. They’ll play excerpts from the full program performed the night before at Plymouth Congregational Church, with music by Wolf, Beethoven and Schoenberg. (Accordo has moved its main venue from Christ Church Lutheran, where it spent the past five seasons, to the larger Plymouth.) 7:30 p.m. Tickets here ($14). They’ll be back at Icehouse on March 14, 2017.

Further out but worth noting, the Minnesota Orchestra will continue the “Symphony and Suds” series it began last year with the renamed “Pint of Music.” Starting in January, orchestra musicians will perform six “micro-concerts” at brewpubs around the cities. All of these events are free. FMI.

None of this is news to the fans and organizers of Lowertown Classics, where musicians perform classical music in the lofts of Lowertown. With Berlin-born guitarist Eva Beneke as artistic director, this series began in February 2014 and continues Friday, Nov. 11, with a concert at the Lowertown Lofts Artist Cooperative featuring harpist Andrea Stern, flutist Barbara Leibundguth, violinist Rolf Haas and Beneke. 8 p.m. $10 suggested donation at the door. Free wine and candy.

And nontrad spaces are business as usual for Punk-Ass Classical, which performs in people’s basements, attics and living rooms. Next up: Punk-Ass Classical VIII (its eighth concert), with soprano Emma Lynn and pianist Johanna Kvam, plus new music by Patrick Marschke, Sam Tygiel, and Victoria Malawey. The location this time is 3030 13th Ave. S. in Minneapolis. 7 p.m. $5-10 donation at the door.

Now at the Walker: Jérôme Bel Bookend Festival. Bel has been called (more than once) a “French enfant terrible.” The Parisian choreographer/conceptual performer and the Walker have had a relationship since 2005. He’s here for a week of events that starts tonight and tomorrow (Tuesday and Wednesday, Nov. 1 and 2) with “GALA,” featuring a corps of amateur dancers from our own diverse community. 8 p.m. FMI and tickets ($22/$17.60). Thursday is a conversation between Bel and the Walker’s Philip Bither, plus a screening of a short film by Bel. 8 p.m. Free. Friday wraps things up with a rare performance of Bel’s early self-titled work, still one of his most controversial. Contains nudity and other adult content. 8 p.m. FMI and tickets ($28/$22.40).

Tomorrow (Wednesday, Nov. 2) at Washington County Library in Woodbury: Club Book presents Sy Montgomery. In her latest New York Times best-seller, a finalist for the 2016 National Book Award for Nonfiction, Montgomery has made countless readers fall madly in love with octopuses (not octopi, she points out, and explains why). “The Soul of an Octopus: A Surprising Exploration Into the Wonder of Consciousness” will be Wednesday’s topic. If you can’t go in person, you can download the podcast a few days after. 6:30 p.m. Free. FMI.

Thursday at the Lab Theater: “What’s Up, Wagner?” One word: brilliant. Minnesota Opera and those improvising wisecrackers at The Theater of Public Policy are joining forces to demystify “Das Rheingold,” the first opera in Richard Wagner’s epic Ring Cycle, which opens Nov. 12 at the Ordway. (And which, BTW, stars Greer Grimsley as the god Wotan, which is a very big deal.) 7 p.m. Free, but you have to register. 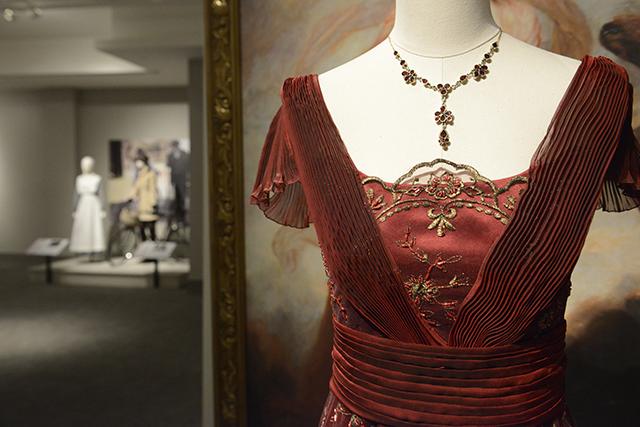 Photo by Meg M. Eastman
“Dressing Downton” at the Mall of America

Opens Friday at the Mall of America: “Dressing Downton: Experience the Costumes & Collections of Downton Abbey.” It’s safe to assume that Sir Julian Fellowes did not pen the clunky title for this traveling show of 27 period costumes from the most-watched drama in PBS history. Get up close to costumes worn upstairs by the Dowager Countess (Maggie Smith), Lord Grantham (Hugh Bonneville), Lady Mary (Michelle Dockery) and Lady Grantham (Elizabeth McGovern) and costumes worn downstairs by the staff. Can you go shopping for Downton-themed-and-related retail and holiday products? Of course you can. 10 a.m. – 9:30 p.m. Mondays-Saturdays, 11 a.m. – 7 p.m. Sundays. FMI and tickets ($10/$8/$4). Ends Jan. 31.

Saturday and Sunday at the Dakota: Lisa Fischer & Grand Baton. The Stones’ backup singer and breakout star of “Twenty Feet from Stardom” has made the Dakota her second home. Some people come through the Twin Cities too often; Fischer isn’t one of them. You can’t see this fearless, joyous, immensely gifted singer often enough. 7 and 9 p.m. Saturday, 6 and 8 p.m. Sunday. FMI and tickets ($35-65).

(The occasional tip on something that just dropped into our email.)

Master Class: Directing August Wilson with Lou Bellamy. Penumbra Theatre’s founder and co-artistic director, Lou Bellamy has been directing August Wilson’s work for more than 20 years. Penumbra’s latest production of “Jitney” closes Sunday, Nov. 13, and on Monday, Nov. 14, Bellamy will lead a behind-the-scenes look at the making of a Wilson play, and company members will perform excerpts from Wilson’s works. Penumbra says this is “open to all ages and interests; no theatre experience required.” 6-8 p.m. FMI and tickets ($15-20).