Feeling peckish? Let’s go to the movies! Because we live in a movie-loving metro, where one film festival follows another, there’s never a shortage of flickering screens or popcorn buckets. This weekend brings the Minneapolis St. Paul Film Society’s 4th annual Cine Latino, one of the nation’s largest Spanish- and Portuguese-language film festivals – a week full of award-winning critically acclaimed films, special guests and events including a Sunday-evening party for Cuban film, with live music.

The facts: 29 films from countries including Argentina, Brazil, Chile, Colombia, Cuba, Dominican Republic, Ecuador, Mexico, Peru, Portugal, Spain, Uruguay and the U.S. All are shown in their original language, with subtitles. Screenings at three locations: the St. Anthony Main Theatre, Metro State University’s Film Space and the Parkway. (Most are at the St. Anthony Main, the Film Society’s home base.) Three directors and an actress attending. All-access passes and 6-packs available.

Tickets (as of this writing) may still be had for tonight’s (Friday, Nov. 11) opening night events, with a 6 p.m. reception at the Pracna Grotto, a 7 p.m. screening of Cesc Gay’s “Truman,” winner of five Goyas (Spain’s Oscars), a melancholic comedy about two longtime friends (and oh btw Truman is a dog, and we love films with dogs); and a 9 p.m. party at the new Jefe Urban Hacienda down the street. $35 gets you into everything.

The Saturday Night Special Presentation is Pablo Nerraín’s “Neruda,” the story of Chile’s Nobel Prize-winning poet and his implacable adversary, police prefect Oscar Peluchonneau. FMI including tickets, trailer and screening times and places. The closing night film on Thursday, Nov. 17 is Daniel Burman’s “The Tenth Man,” a coming-of-age comedy about an expat Argentinian Jew living in New York who returns to Buenos Aires to meet his father. FMI.

There’s the usual assortment of dramas, comedies, and documentaries – lots of documentaries. If you want some direction, there are several program focuses. Masters includes the newest works from established and lauded filmmakers. Bright New Voices features first- and second-time filmmakers. Women in Film collects works by emerging and established female artists. The Art of Living gathers films related to the arts. To view these and more, go to the home page, click on Browse Everything, and scan the Program dropdown menu.

Hebe Tabachnik, a film curator and festival consultant who has worked with the Sundance and Los Angeles Film Festivals and serves as World Cinema Programmer for the Palm Springs and Seattle international film festivals, put Cine Latino together. Film Society Executive Director Susan Smoluchowski said in a statement, “Nothing is off limits in [these] timely, insightful and diverse tales: personal, social and political issues are all under the microscope.” And in the lens.

We previewed two films from the arts category.

“The Bride.” Torrid, melodramatic eye candy. Based on Federico Garcia Lorca’s “Bodas de sangre” (Blood Wedding), set on a plain in Spain but filmed in a part of Turkey with outrageous rock formations, Paula Ortiz’s film stars award-winning Spanish actress Inma Cuesta as a smolderingly beautiful bride torn between two men: a handsome land baron (her brand-new husband) and an even handsomer, but poor and already married, man who rides a horse hard every day so he can gaze longingly at her from a distance. You know this can’t possibly end well, but watching it unfold is still a guilty pleasure. Eerily, given yesterday’s sad news of Leonard Cohen’s passing, one of the songs in the soundtrack is Cohen’s “Take This Waltz,” sung in Spanish. Screens Saturday at Metro State and Wednesday at St. Anthony Main. FMI.

“Horizon.” Filmed in Cuba, Swiss writer/director Eileen Hofer’s documentary is a must-see for any dancer or fan of dance. Three Cuban dancers are featured: prima ballerina assoluta Alicia Alonso, a living legend, now 94 and still teaching; National Ballet of Cuba principal dancer Viengsay Valdes; and teenage hopeful Amanda De Jesus Perez Duarte. Alonso seems a bit like a Cuban Muhammad Ali, once a superb athlete, now frail but still proud, revered and beloved. The exquisite Valdes could have gone anywhere; she chose to stay home. Duarte’s fierce determination to be accepted into Alonso’s school is balanced by her worried parents’ sacrifices on her behalf. And it’s all so beautifully, lovingly filmed. Screens Sunday at St. Anthony Main and Wednesday at Metro State. FMI.

Opens tonight (Friday, Nov. 11) at the New Century Theatre: Stephen Sondheim’s “Company.” There’s a new theater in town called Shoot the Glass, and this is only its second production. In July it staged David Lindsay-Abaire’s Pulitzer Prize-winning “Rabbit Hole” at Dreamland Arts, and it’s back with the groundbreaking, seven-time Tony winner about relationships and “being alive.” William Pacholski directs a cast of 14, with Shoot the Glass co-artistic director Ryan Nielson as Bobby. 7:30 p.m. FMI and tickets ($38). Ends Nov. 20. 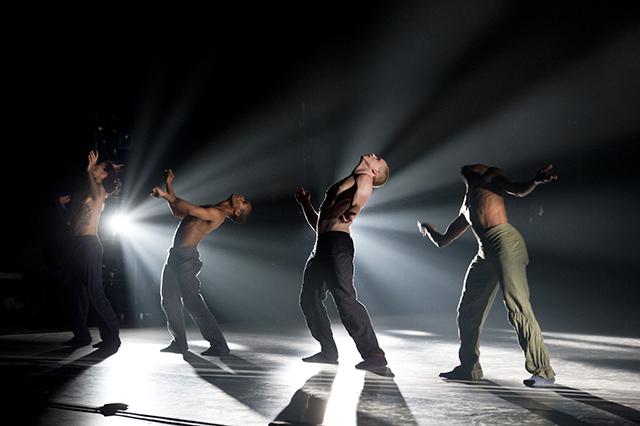 Saturday at Northrop: Aszure Barton & Artists: “Awáa.” Watch the trailer and you’ll want to go. Canadian choreographer Aszure Barton and her company of creatives make their Twin Cities debut with a program whose name means “mother” in Haida Gwaii, an endangered language of native people in northwest Canada. The evening-length work of dance, video projections, an original score and tribal drumming was inspired in part by Barton’s dream of sitting underwater in a rocking chair. 8 p.m. FMI and tickets (prices vary, but if you’re under 30, you’ll pay $30).

Sunday at the Celtic Junction: Bollywood to the Max: Fashion Show + Dance Party. OK, it’s a fundraiser for Bollywood Dance Scene, whose Fringe show sells out year after year after year. But it’s not the kind of fundraiser where you have to buy a $500 table. Get in free, then give what you choose at the Donation Bar. The evening’s events include a performance by Bollywood Dance Scene, an Indian and South Asian fashion show from local designers and boutiques, and an open dance floor with Bollywood dance music. Food and drink will be available for purchase, beer and wine for a donation. 7 p.m. FMI.

Monday at Icehouse: Leisure Valley and Inventions & Dimensions Double Release. Who needs a jazz quartet of clarinets, accordion, bass and drums? We all do. We need it badly. Leisure Valley, a foursome that’s been around for a while, has finally made an album, “Welcome to the Valley,” and it’s terrific. The clarinets (and all of the compositions) are those of Bruce Thornton, professor of woodwinds and jazz at the College of St. Benedict. The accordion is Patrick Harison’s, the basses (electric and acoustic) belong to Chris Bates and Joey Van Phillips is on the drums. No dark or sad-sack music here (though “January, Still” is a bit pensive), just good times and great playing. And live is always better. The first set is another Chris Bates joint, Inventions & Dimensions, with pianist Joe Strachan and drummer Miguel Hurtado. 9:30 p.m. $10 at the door.

Steve Martin & Martin Short: An Evening You Will Forget for the Rest of Your Life. Do we really – really – have to wait until May of next year to see this? But we want to laugh NOW! The two comedy legends know each other so well and play off each other so effortlessly that they’ve been described as “basically an old married couple.” Here’s a bit from a recent “Tonight Show Starring Jimmy Fallon” that will give you a taste of their comedy and camaraderie. Also on the bill: The Steep Canyon Rangers and Jeff Babko, the bluegrass band with which Martin often performs, playing his banjo. 8 p.m. Friday, May 19, at the Orpheum. Tickets on sale today starting at 11 a.m. $79-99. No fees if you buy in person at the State Theatre box office.