Why are British commercials smarter, funnier, more touching and entertaining than American commercials? We ask that every year when the Walker brings the British Arrows Awards to town. A holiday treat for three decades, the Arrows are a riot of creativity, imagination and heart-tugging narrative, much of it for things we can’t buy here or stores we don’t have. Maybe that’s one reason we like them so much: no pressure.

This being the 40th anniversary of the Arrows, formerly the London Television Advertising Awards, the 2016 reel starts with a selection of winners from the past. The Commercial of the Year for 1976 shows its age, and not only in film quality. The one for 2009 turns a loaf of bread into a history pageant. Two gems from Fallon London are 2008’s “Gorilla” for Cadbury and 2007’s “Paint” for Sony Bravia. Awfully fun to see them again.

The 40 or so bronze, silver and gold winners are a blend of adverts and PSAs for pot noodles, Swedish cider, cancer research, cars, the need for more women in leadership positions, opticians, Tena Men (male incontinence products – oh those Brits!), young people in serious need of a break, and dishwasher soap. There’s one for the luxury brand Mulberry that would cause a Twitter firestorm if it aired in the US. Another in which an Audi R8 literally gives birth to an RS3 Sportback. “Stepping” uses 60 precision walkers and intricate choreography to plug the Honda HRV; you’ll wish you could hit rewind and see it again.

If this year’s Arrows have a face, it’s actor Jeff Goldblum, who stars in a series of ads for Currys PC World, a British Best Buy. If you miss the Walker’s cat video days, you’ll love “Mog’s Christmas Calamity.” The Swedish multinational H&M gives us seven enjoyable minutes with David Beckham and comedian Kevin Hart.

The Arrows usually feature one or two mini-documentaries: longer, more leisurely films that promote a brand by telling a compelling story. This year it’s a pair of 4-minute films from Guinness about two rugby stars, South Africa’s Ashwin Willemse and Gareth Thomas of Wales.

It didn’t win Commercial of the Year, but the standout of the 2016 show is the animated “Night Shift,” the tale of a worker in a mannequin shop that looks like a Pixar movie.

The Arrows are foolproof holiday entertainment. Between the first screenings this Friday, Dec. 2 (introduced by Charlie Crampton, chair of the British Arrows’ board of directors) and the last on Friday, Dec. 30, you’ll have almost 80 chances to see them. Many will sell out. FMI and tickets ($14; less for Walker members). The $14 ticket comes with perqs: gallery admission (valid for 6 mos. following the screening), $10 off a new Walker membership and a Walker Shop discount.

Tonight (Thursday, Dec. 1) at the Trylon Microcinema: “The Gateway Show.” Hurry and you might get a ticket to the 9 p.m. showing (the 7 p.m. is sold out) of short films about Minneapolis’ long-gone Gateway District. Author James Eli Shiffer (“The King of Skid Row”) will introduce John Bacich’s 16mm film “Skid Row” and John Akre’s animated short “Demolition Dreaming,” with live accompaniment and narration by Dreamland Faces and Jill Underwood. (Here’s MinnPost’s Bill Lindeke on Akre’s film). FMI and tickets ($12).

Opens tonight at the Capri, then moves to the Film Society’s St. Anthony Main Theatre: “Daughters of the Dust.” Earlier this month, Richard Brody wrote for the New Yorker, “The year’s best and most original movie was made in 1991.” Julie Dash’s drama about an extended family in the Gullah community off the coast of South Carolina was the first film directed by a black woman to get a nationwide theatrical release (after premiering at Sundance). The 25th anniversary restoration of this landmark film will be here for just a week. At the Capri, playwright Christina Ham will lead a conversation after the 7 p.m. screening. FMI, trailer and tickets ($5-8.50). Ends Dec. 8. 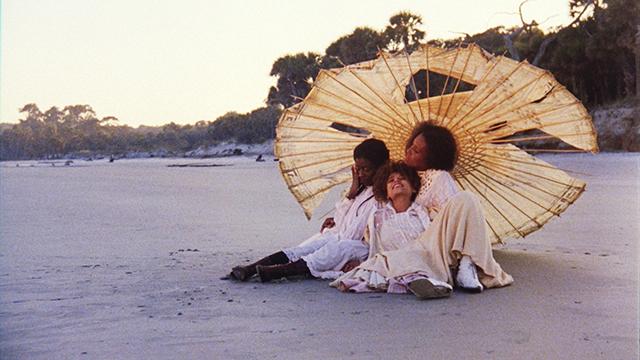 Courtesy of the Film Society of Minneapolis-St. Paul Film Society
“Daughters of the Dust”

Saturday at the Ordway Concert Hall: David Lang: “Darker.” Kate Nordstrum’s “Liquid Music” series is part of the St. Paul Chamber Orchestra family, and we’re reminded of that fully by this chapter, which takes place in the SPCO’s home at the Ordway and features SPCO string players. In a series where every concert is an ear-opening special event – something we haven’t heard before, whether it’s brand-new music or a new combination of musicians, ideas and/or sounds – the Midwest premiere of a work by Pulitzer Prize winner (and Oscar nominee) Lang is extra-special. Here’s how Lang described “Darker” in an interview with bassist Logan Coale, who’s flying in from Brooklyn to join the show: “If you think you’d like the most meticulous passage work from Vivaldi but heard by Arvo Pärt and then stretched out for an hour accompanied by a psychedelic light show, you should come to this concert.” The L.A. Times compared hearing “Darker” to “examining a Calder mobile from many angles.” The “psychedelic light show” consists of projections created live on the spot by visual artist Suzanne Bocanegra. Mischa Santora conducts. Co-presented with the Walker. 8 p.m. FMI and tickets ($20/15).

Opens Friday, Dec. 2 at the Sabes JCC Theatre: “Finian’s Rainbow.” The Tony-winning Broadway musical is full of classic songs including “Old Devil Moon,” “Look to the Rainbow” and “How Are Things in Glocca Mora?” James J. McDonough Jr., adapter and director, moves the story to the fictional state of Missitucky and adds a bigoted, corrupt US Senator to the mix. With the Metropolitan Boys Choir. 7 p.m. FMI and tickets ($15). Ends Dec. 10.

Saturday, Dec. 3 at the Ted Mann: Sounds of the Season Concert. A program of seasonal choral music from the University of Minnesota School of Music, performed by the combined Campus Singers ensembles and the University Men’s and Women’s Choruses. 7:30 p.m. Free and open to the public. The concert will also be live streamed.

Thursday, Dec. 15 at Landmark Center and TPT: Schubert Club presents Songs for the Season by Minnesota Composers. Music by local composers from Abbie Betinis to Prince, performed by local artists including soprano Carrie Henneman Shaw, bass Timothy Takach and guitarist Zacc Harris. This is always the most popular program in the Schubert Club’s noontime Courtroom Concert series, and it always fills up, so this year includes an evening encore performance, plus you can stream it live online. 12 p.m. at the Landmark Center (first come, first served), 7 p.m. at TPT’s Street Space in Lowertown (reservations required), online here. Everything is free. Here’s the program.

Opens Thursday, Dec. 15 at the Pantages: “All Is Calm: The Christmas Truce of 1914.” After its premiere in 2007, Star Tribune theater critic Graydon Royce predicted this show would “become a classic to be repeated for years to come.” And here it is. Based on a true story, presented by Theater Latté Da and directed by Peter Rothstein, this perennial favorite is a dose of Christmas hope. FMI and tickets ($40-45). Six performances. Ends Sunday, Dec. 18. 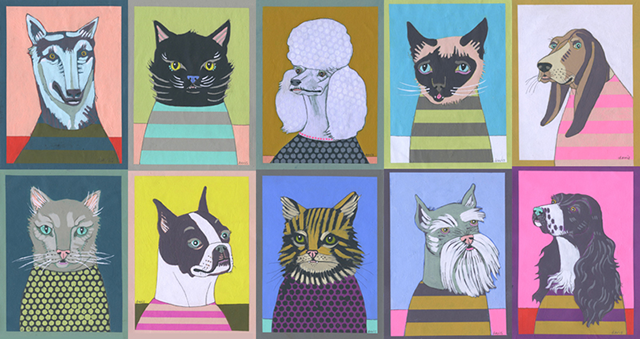 Saturday at the American Craft Council: ACC Library Craft Sale and Open House. Work by 18 local artists and artisans, in the home of the organization that champions craft across the U.S. Good stuff. 10 a.m. – 5 p.m. FMI.

2016 British Arrows Awards: a riot of creativity, as usual