First, it must be said: A lot of musicians died in 2016. One grim announcement followed another until you just wanted to cover your ears and squeeze your eyes shut and curl up into a ball. It began when David Bowie succumbed to cancer – and most people didn’t even know he was ill. Then, in April, Prince died at Paisley Park. We will never, ever get over that. A partial list of other punches to the heart: Leonard Cohen. Bobby Hutcherson. Mose Allison. Paul Bley. Merle Haggard. Glenn Frey. Sharon Jones. Neville Marriner. Rudy Van Gelder. Ralph Stanley. And sweet Toots Thielemans. Bah to you, 2016.

But we saw and heard some wonderful things during the year. We’re grateful to live in such an arts-rich community, and to the artists, makers, staffs, administrations, organizations, corporations, nonprofits, donors, audiences and other supporters who create and sustain it, including the many Minnesotans who voted “yes” for the Legacy Amendment in 2008: Thanks again, each one of you.

Our usual disclaimer. We see and hear as much as we can, but we can’t get to every concert, play, exhibition, performance, reading, opening, happening and event. We kick ourselves a lot for missing things we should have gone to. (“Le Switch” at the Jungle! Kick!) We do our best, and we’ll keep trying to walk through as many doors as possible.

1. January’s Beethoven Marathon at Orchestra Hall. All the symphonies, all the piano concertos, with Osmo Vänskä on the podium and Yevgeny Sudbin at the keys.

2. “Pericles” at the Guthrie. The Guthrie’s new artistic director Joe Haj made his directorial debut with a rarely-seen Shakespeare play, and actor Wayne T. Carr swam in a sea of blue silk.

3. “A Prairie Home Companion” with Chris Thile at the Fitzgerald. We saw two of Thile’s shows, one in January and one in October. Garrison Keillor chose a worthy successor.

4. Charles Lloyd and Bill Frisell at the Dakota. When their early-morning flight to Quebec City the next day was canceled (winter storm), they settled in and played for more than two sublime hours.

5. “Dracula: The Musical” at the Ritz. With jazz dance on the stage, perfectly chosen pop songs as the music and vampire chases through the aisles, this Collide production was a lot of fun.

6. “Nina Simone: Four Women” at the Park Square. There aren’t many second chances in life, but if you missed this terrific play last March, it’s returning in February 2017, with even more music. 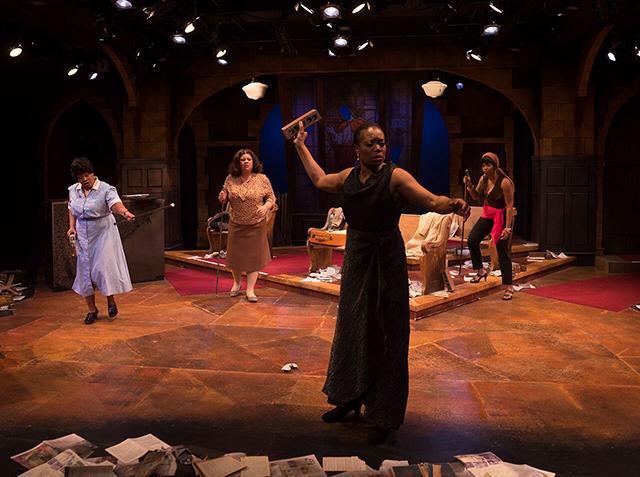 7. Patricia Kopatchinskaja and the SPCO at the Ordway Concert Hall. In May, the SPCO and artistic partner PatKop showed once again that when you combine old music with new, the old becomes newer and the new less strange.

8. “Diary of a Wimpy Kid” at the Children’s Theatre. Bursting with energy, song and dance, the CTC production seems destined for Broadway.

9. Chick Corea and Bela Fleck at the Guthrie. Brought in by the Dakota, the two superstars played an ethereal made-up-on-the-spot songlist on a stage set for “Harvey.”

10. Minnesota Opera’s “The Shining” at the Ordway. Everything came together in this powerful (and scary) new opera based on Stephen King’s book, not Stanley Kubrick’s film.

11. “ROOTED: Hip Hop Choreographers’ Evening” at Intermedia Arts. A strong sense of community and powerful dancing by performers of all ages. This is an annual event; we’re going back.

12. “The Marriage of Figaro” at the James H. Hill House. On a steamy summer evening, we followed the cast around the Hill House, hearing Mozart, and were happy. Bob Neu directed this site-specific production.

13. Ethan Iverson in the Dunsmore Room. The pianist for The Bad Plus rarely plays a solo concert. He took us on a chronological journey through jazz, from Scott Joplin to the present moment.

14. “Ragtime” at the Ritz. In their new home, Peter Rothstein and Theater Latté Da gave us a perfectly timed, superbly cast and staged production that left everyone – audience and cast – wrung out.

15. “Seeing Nature” at Mia. This spectacular show of 39 landscapes from Microsoft billionaire Paul Allen’s personal collection had something for everyone. That Hockney! Those Monets!

16. Cantus and Chanticleer at Orchestra Hall. An impromptu performance in a Virginia bar led to a viral video that led to a sold-out concert featuring America’s two best male choruses.

17. Rinde Eckert’s “My Fools: A Life in Song” at Nautilus Music-Theater. Part of Nautilus’ “Rough Cuts” series of works-in-progress, this riveting one-man show was Eckert up close and personal.

18. August Wilson’s “Jitney” at Penumbra. Many in the cast had acted in this play before. This production was a reminder of what a treasure Penumbra is, and how very good it can be.

19. Poet Billy Collins at the Hopkins Center for the Arts. Why is Collins “the most popular poet in America”? Because of readings like this one, part of the 2016-17 Pen Pals season.

20. Amir ElSaffar’s “Rivers of Sound” at the Walker. Seventeen musicians, 90 minutes, and one of the most transcendant performances of the year, rising higher and higher to a joyous cacophony.

22. Stanislaw Skrowaczewski conducts Bruckner at Orchestra Hall. The 93-year-old maestro led the Minnesota Orchestra in the massive 90-minute Bruckner’s Eighth without benefit of a score. We wish him the very best as he recovers from a stroke he suffered in November.

23. Colin Stetson: “Sorrow” at the Walker. We went to this Liquid Music show to hear Gorecki’s Third but were blown away by Stetson’s opener: a long, continuous improvised solo on bass saxophone. 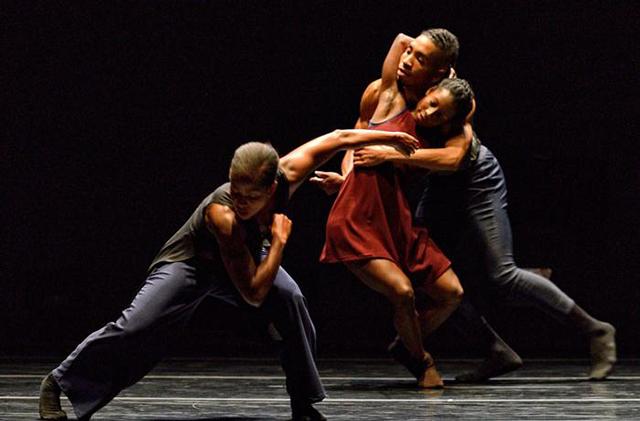 25. Happy Apple at Icehouse. In an all-too-rare reconvening, Michael Lewis, Dave King and Erik Fratzke, a trio since 1996, peppered their usual playfulness with wistfulness and delicacy.