How will the recent election affect the arts and legacy funding in Minnesota? Minnesota Citizens for the Arts (MCA), our nonpartisan statewide arts advocacy organization, spelled out some coming changes in an Arts Alert sent earlier this week.

Because the Democrats lost control of the Senate, Sen. Richard Cohen, D-St. Paul, a man MCA calls “our greatest advocate and friend,” will no longer chair the Senate Finance Committee and Legacy Committee. “He will probably remain a member of both bodies but not as Chair.” Sen. Julie Rosen, R-Vernon Center, will be the new finance chair. MCA writes: “We think this is good news, as she has a history of supporting the arts.” Sen. Carrie Ruud, R-Breezy Point, will chair the Legacy Committee. Sen. Mary Kiffmeyer, R-Big Lake, will chair the Government Finance Committee, which oversees the General Funds for the arts.

In the House, already controlled by the Republicans, Rep. Dean Urdahl, R-Grove City, “a great friend of the arts and history” who chairs the Legacy Funding Finance Committee, will move over to chair the Capital Investment Committee and will be replaced by Rep. Bob Gunther, R-Fairmont, who also has a history of supporting the arts. Rep. Sarah Anderson, R-Plymouth, will continue as State Government Finance chair and oversee the General Fund dollars.

There are 21 new senators and 23 new representatives, “many of whom are not aware of how arts funding in Minnesota benefits their constituents and their districts.” MCA will reach out to them once committee membership has been announced. And although “in Minnesota the arts are a nonpartisan issue,” MCA pointed out that “we will have to be vigilant to ensure that arts funding is protected.”

NEA awards over $1.3 million in grants to Minnesota

Forty-seven Minnesota nonprofits and individuals will share $1,335,000 in grants from the National Endowment for the Arts, the NEA announced Tuesday.

Ranging in size from $10,000 to $100,000, the grants will support the creation of new music, plays and dance works, the publication of many new books, numerous performances, a new opera, residencies and exhibitions, the Twin Cities Jazz Festival, the Film Society’s Cine Global program, a partnership between the Cedar’s Midnimo program for Somali artists and the People’s Center Health Services, MacPhail’s Early Childhood Music Online program, the Lakes Area Music Festival, a forum for future design leaders at the University of Minnesota, and a concert for LGBTQ youth and related programming by One Voice Mixed Chorus, to name just a few. Four Twin Cities artists will receive $25,000 Creative Writing fellowships. Here’s a complete list of grantees organized by state [PDF].

Minnesota’s $1.3 million is part of more than $30 million awarded nationwide as part of the NEA’s first major funding announcement for fiscal year 2017. 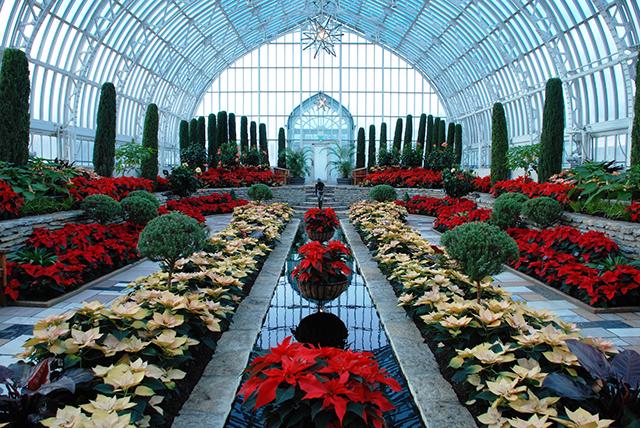 Tomorrow (Thursday, Dec. 15) at the U of M: Samuel G. Freedman: “Altar Call: American Religion in Presidential Politics.” The New York Times columnist, award-winning author and Columbia University professor talks about the role religion has played in our presidential elections. Freedman is a visiting English professor at the U; this event is presented by the Department of English. In Murphy Hall room 100, 206 Church St. SE. 4:30 p.m. Free and open to the public. RSVP here.

Thursday at Studio Z: Lowertown Listening Session: Dameun Strange. Award-winning Minnesota composer/sound designer Strange has written a new opera on the life of Alberta Williams King, mother of the Rev. Martin Luther King Jr. During this happy hour event, with food and treats from Lowertown eateries, Strange will present and discuss some of his music. 5:30 doors, program at 6. FMI and tickets ($10).

Thursday through Sunday at the History Theatre: “Orphan Train.” Between 1858 and 1929, more than 100,000 orphaned children were shipped by rail from the slums of New York City to farm families in the Midwest. It’s hard to imagine any agency today rounding up children and sending them off to unknown futures, but it happened, and it wasn’t always for the best. It’s a compelling story and one we should know, told with enough humor and love that it’s not a total downer for the holidays. Written by Patty Lynch, with music and lyrics by Charlie Maguire, the History Theatre’s folk musical features a cast that includes Norah Long, Terry Hempleman and T. Mychael Rambo. Ron Peluso and Anya Kremenetsky direct. 7:30 p.m. Thursday through Saturday, 2 p.m. Saturday and Sunday. FMI and tickets ($25-52).

Friday through Sunday: The Rose Ensemble: “A Rose in Winter: The Miracle of New Life in the Dark of Night.” A holiday concert of Medieval and Renaissance songs, carols and plainchant. The Rose has been on tour with this program, winning raves in Vermont, Washington, D.C. and Milwaukee. The music includes works by Michael Praetorius, Orlando di Lasso, Hildegard von Bingen, Palestrina, and a world premiere performance of “A Brighter Ray,” a new commission by Victor Zupanc, longtime music director of the Children’s Theatre Company. Serene and soulful. 8 p.m. Friday at Nativity of Our Lord Catholic Church in St. Paul, 8 p.m. Saturday at the Basilica of St. Mary, and 3 p.m. Sunday at Christ the King Lutheran Church in Bloomington. 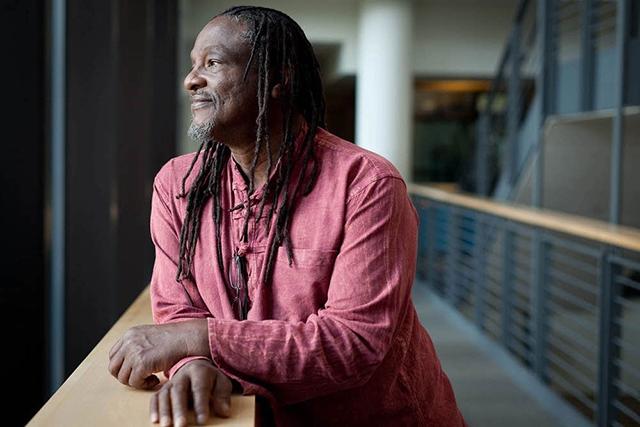 Courtesy of the artist
Babatunde Lea

Saturday at Studio Z: The Babatunde Lea Sextet: “New Rituals of Unity.” Master percussionist Lea and guitarist Zacc Harris worked together to compose this new work, which is based on a series of traditional West African chants. They’ll be joined by Brandon Wozniak (saxophone), JC Sanford (trombone), Phil Aaron (piano) and Graydon Peterson (bass) for the premiere performance. This will be special; Lea is known for bringing spiritual depth and resonance to his music, and for making strong connections with his audience. Part of the Jazz at Studio Z series curated by Harris, the concert will be preceded by a master class, which will take the form of a conversation with Lea before the live audience. 6 p.m. class, 7 p.m. concert. FMI and tickets ($10 advance, $15 door; come for the class and pay $10 at the door).