It’s rare that a Hennepin Theatre Trust “Broadway on Hennepin” show is not a musical. Simon Stephens’ “The Curious Incident of the Dog in the Night-Time,” adapted from Mark Haddon’s best-selling novel, is not a musical. But calling it a play doesn’t quite do it justice. It’s more like a sensory enhancement chamber. We learn what it’s like to see differently, hear differently, think and feel differently.

The set looks like a scene from “Tron,” and one of the first words spoken – loudly, by a character named Mrs. Shears – is “F***!” That gets our attention. She’s shouting at a 15-year-old boy named Christopher, who’s kneeling beside her dead dog, which someone has speared with a pitchfork. Did Christopher kill the dog? Mrs. Shears wants to know. He didn’t, but decides to find out who did.

Solving that mystery requires a perilous journey that tests his limits and the patience of those who care about him, because Christopher isn’t like most people. Although the words “autism” and “Asperger’s” are never mentioned, Christopher’s abilities and behaviors – he’s super-mathy, has extraordinary recall, can’t lie, can’t empathize, hates being touched and flies into tantrums when his rituals are interrupted – strongly suggest that he’s on the spectrum.

The stage and design – scenic, lighting, video and sound – make “Curious Incident” a massively immersive experience, taking us inside Christopher’s mind so we experience the world as he does. The stage is a black box overlaid with a grid, with moving parts, embedded lights and surfaces that act as screens for elaborate video projections. Sounds are louder, sometimes uncomfortably loud.

The projections – including shapes, patterns, words, flying numbers, subway tunnels and maps – are eye-popping. For reasons of economy and the current rage for video games and virtual reality, projections are becoming more common, which is not always a good thing. In Cirque de Soleil’s “Toruk: The First Flight,” which came through Minneapolis in September, large-scale projections turned what is usually a superbly human experience, full of acrobatics, athleticism, daring and beauty, into a splashy but ultimately empty show.

In “Curious Incident,” projections help us understand how it feels to be Christopher and what it’s like to be him, missing his mother, losing trust in his father, struggling to find his way, dreaming of his future. If we met someone like Christopher in real life, we might be confused, put off or fearful of his behavior. That doesn’t happen here. He’s the center of the play and tremendously sympathetic.

This is the touring show of the National Theatre production directed by Marianne Elliott (“War Horse”) that was showered with awards in England and New York, including five Tonys. The cast is led by Adam Langdon as Christopher in a fiercely energetic, wholly invested performance. (How can he do that for two and a half hours? He’s on stage the entire time.) Maria Elena Ramirez is his teacher, Siobhan; Gene Gillette his father, Ed; and Felicity Jones Latta is his mother, Judy. Other cast members are neighbors, teachers, police officers, Londoners and sometimes things – doors, turnstiles, an ATM machine.

“The Curious Incident of the Dog in the Night-Time” is at the Orpheum through Sunday, Dec. 4. See it if you can; it may change you. That’s theater power. FMI and tickets ($39-139). Tips: Bring earplugs if your hearing is sensitive. And don’t leave right after the curtain call.

Tonight-Saturday at the Lab Theater: “What Fools These Mortals Be.” A mash-up of Shakespeare’s most famous and iconic scenes, performed by Kevin Kling and the actors of Interact Center’s theater company, all people with physical and cognitive disabilities. With original music and stage direction by Ivey-winning composer Aaron Gabriel. FMI and tickets ($22). Ends Dec. 17.

Saturday at a movie bigaplex near you: “The Magic Flute.” Julie Taymor’s (“The Lion King”) hit production, with puppetry, in a shortened English-language version that runs about 2 hrs. This was the broadcast that launched “The Met: Live in HD” series in 2006. Go here, click Buy Tickets, and enter your ZIP to find the theater near you.

Saturday-Monday on your teevee: “The Legendary Saint Paul Winter Carnival.” Make time in your schedule or DVR this terrific new film about the Winter Carnival. Produced by TPT, filled to bursting with archival photos, film clips and interviews with historians, past Carnival royalty, participants, memorabilia collectors and more, it’s a happy, nostalgic romp through 130 years of history, festivity and traditions. How did Winter Carnival get its start? A New York reporter allegedly described St. Paul as “another Siberia, unfit for human habitation in winter.” James J. Hill and other city notables didn’t like that one bit. They formed and incorporated the Ice Palace and Winter Carnival Association and threw the first party – in 1886. Hail Boreas! FMI, air times and teaser here.

Sunday at Temple Israel: The Bakken Trio with special guest David Krakauer. Renowned and revered clarinetist Krakauer joins the Bakken for music by Erwin Schulhoff (Duo for Violin and Cello) and Aram Khachaturian (Trio for Piano, Clarinet and Violin) plus the Minnesota premiere of David Schiff’s “Gimpel the Fool.” 4 p.m. FMI and tickets ($20-$30).

Monday and Tuesday at the Playwrights’ Center: Free public reading of “Wink” by Jen Silverman. The Ruth Easton New Play Series begins with a dark comedy by a playwright whose work is popping up all over. Jeremy B. Cohen directs a cast that includes Sara Richardson, Peter Christian Hansen, Mark Benninghofen and Bill Mullaney as Wink, the cat. 7 p.m. FMI and reservations.

Tuesday at the Loft at Open Book: Big Ideas: Words for Change. A new series from the Loft, “Big Ideas” brings readers and writers together around literature to explore ideas that matter today. “Words for Change” kicks things off. Poet and essayist Sun Yung Shin, novelist Alexs D. Pate and Green Card Voices founder Tea Rozman Clark talk about whether, how and when words can change the world. 7 p.m. FMI and registration ($10/5). Coming up April 6, 2017 at the Guthrie: “Can Literature Make a Damn Bit of Difference?” with Lisa Lucas, executive director of the National Book Foundation, and Man Booker Prize-winning author Marlon James.

Sunday at St. Olaf Catholic Church: The Minnesota Chorale’s Annual “Messiah” Sing. You can sing it in the car, you can sing it in the shower, but it’s waaay better to sing “Hallelujah!” with the Minnesota Chorale. You’ll be seated in the pews with Chorale singers in your voice part – or you can sit with family and friends. Up to you. Bring your own score, or borrow or purchase one. 6:30 p.m. Free-will offering. Fun fact: This holiday season, the Chorale will perform “Messiah” 20 times, including rehearsals. 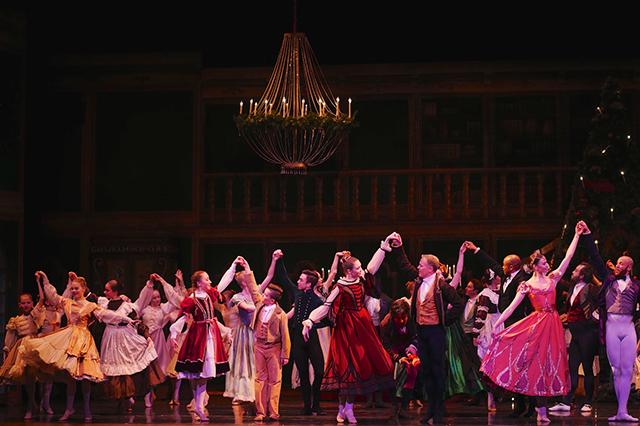 Starts Friday, Dec. 16 at the State Theatre: Loyce Houlton’s Nutcracker Fantasy. A Minnesota tradition for 52 years. Choreographed by Loyce Houlton, danced by the MDT company, guest artists and children of the School, with a 44-piece Nutcracker Orchestra led by Philip Brunelle. FMI, dates, times and tickets ($20-75). Buy in person at the State Theatre box office and avoid fees. Through Dec. 23.

Saturday and Sunday at the American Swedish Institute: Julmarknad (Christmas Market). It’s a perfect weekend to visit the castle, the cultural center and the grounds of this treasure in the city. Dozens of vendors will offer handmade, often Nordic-inspired wares including glass, clothing, wood, jewelry and ceramics. The rooms in the Turnblad Mansion have been decorated for the holidays by groups from Sweden, Denmark, Finland, Iceland and Norway – and the Jewish Community Relations Council of Minnesota and the Dakotas, in honor of Hanukkah. Photographs of the Aurora Borealis by Minnesota native and National Geographic photographer Jim Brandenburg are on display. All weekend long, there will be live performances by Nordic music and dance groups, opportunities to make your own handcrafted projects, a market-inspired menu at FIKA, a Bake Sale, hot cider, and chances to spot tomten and Santa. Saturday 10 a.m. – 5 p.m., Sunday noon – 5 p.m. Admission at the door includes the market and the museum. $12 adults, $5 ages 6-18, 5 and under (and ASI members) free. 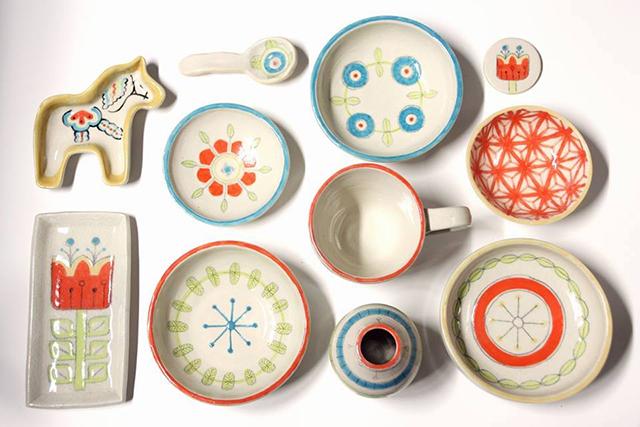