Two years in the making, “In My Heart: The Adoption Play Project” is unlike any play you’ll see this year, maybe ever. It’s a community effort, a crazy quilt, and a labor of love. For those who are in the adoption community – which includes adoptees, adoptive parents, birth parents, siblings, social workers and others – it’s validation and catharsis, a chance to be seen and heard. For those who aren’t, it’s education cloaked as entertainment. You might not know much about adoption going in, but you’ll know a lot coming out.

Now at Mixed Blood Theatre, “The Adoption Play Project” is made from people’s stories, gathered during many hours of story circles held throughout the Twin Cities and attended by hundreds of people. It was conceived, compiled and directed by Leah Cooper and Alan Berks, the theater power couple behind Wonderlust Productions, which builds new plays from stories told by communities that are often misunderstood or ignored. An earlier play was “The Veterans’ Play Project.” Coming up, a play about people who work at the Minnesota State Capitol, with site-specific performances.

This one is poignant, funny, touching and sometimes painful to watch. Each adoption story is unique, complex and personal – an onion where “every layer that’s revealed gets under the skin.” Cooper and Berks used “Alice in Wonderland” as a way to structure the play. Some of the characters are straight out of “Alice,” which adds playfulness to a serious subject.

The setting is a large engagement party for a young couple whose names are Alice and Lewis. It’s full of family and friends meeting for the first time. A live band plays party music. Some cast members and audience members sit together at café-style tables. Alice, who’s Caucasian, is an adoptee, and so is her transracial sister, Jen. This is news to Lewis’ parents, who stumble and say the wrong, lame things people say when they’re uncomfortable and don’t know any better. (“Oh! So you’re not her real mother.”)

We meet Alice’s gay uncle, the leader of the band; Lewis’ Aunt Sue, a state legislator; and a cook who grew up in foster care and learned to be fierce and take care of herself. We meet the White Rabbit, the Caterpillar, and the Dormouse. Part of the play is a history of adoption, starting in the 1850s: a timeline of good intentions and unintended consequences; of “red tape, bureaucracy, ignorance, hypocrisy.” We meet bureaucrats, philanthropists, social workers, a priest, and the Queen of Hearts, who presides over a “trial” and shouts “Off with their heads!” We hear story after story, some tender, some heartbreaking, all told with permission and treated with respect.

Of the 31 cast members, five are professional actors. The rest are members of the adoption community. You almost forget they’re amateurs. The play requires a lot of movement, expression and interaction, along with remembering lines, and they do it all.

The line-up for Rock the Garden, the annual outdoor music fest on the Walker grounds (except last year, when it was at Boom Island during the Walker campus and Minneapolis Sculpture Garden renovations), isn’t usually announced until the spring. But signing Bon Iver as headliner for the 2017 show on Saturday, July 22, was such big news it couldn’t wait. Neither could ticket presales to MPR and Walker members. The Current made the on-air announcement Wednesday at 9 a.m. and the presale started at 10.

Bon Iver, currently up for two Grammys for its latest, “22, A Million,” last played RTG in 2008. Since 2014, frontman Justin Vernon and Aaron Dessner of The National have co-curated their own music festival, the Eaux Claires, in Vernon’s home state of Wisconsin. The 2017 Eaux Claires dates (June 16-17) were announced in September and tickets have already sold out. RTG will be Bon Iver’s only Twin Cities show of 2017.

The presale ends Friday at 10 a.m. Tickets are $64 general admission, $300 VIP. The rest of the line-up will be revealed in April, and tickets to the general public will go on sale at that time.

The St. Paul Chamber Orchestra has put out a call for 150 flutists – adult amateurs and students of all skill levels from local universities, community colleges, middle school and high school programs, ages 10 and up – for a giant flute chorus.

Flutists will be asked to attend rehearsals led by Chase in the week leading up to the performance. They’ll also be invited to flute workshops led by Bogorad-Kogan and McQuerrey. They’ll share meals and experiences they can capture in photos and words.

This is the sort of creative, community-focused idea the Knight Foundation loves. It’s supported in part by a Knight Arts Challenge grant and also by an Arts Learning grant from the Minnesota State Arts Board.

Tonight (Thursday, Dec. 15) through Sunday at the Orpheum: “Fun Home.” The musical adaptation of Alison Bechdel’s best-selling graphic memoir – an illustrated, comics-style story of her life – won multiple 2015 Tonys including the first-ever Best Musical for a show written exclusively by women. The most breathlessly anticipated event of this year’s Broadway on Hennepin season, it received a standing ovation at Tuesday’s opening night performance. Three actors play Bechdel at three stages of her life: childhood (the adorable Allessandra Baldacchino); as a college student discovering her sexuality and identity (Abby Corrigan, whose performance of “Changing My Major” is a knockout); and the adult she is today (former Miss America Kate Shindle, who serves mostly as narrator, observing and sketching). Robert Petkoff nails the difficult role of her artistic, volatile, controlling and closeted father, Bruce; Susan Moniz aches as her mother, Helen. There were some sound issues on opening night but hopefully those have been tweaked. For ages 13 and up; mature themes and content. 100 minutes, no intermission. FMI and tickets ($39-134). Ends Dec. 18. 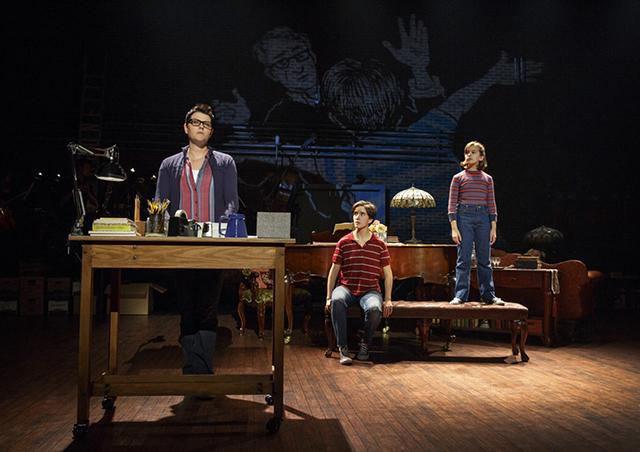 Now at the Alexander Ramsey House: “A Victorian Christmas at the Ramsey House.” The Victorian-era home built by Minnesota’s first territorial governor is filled with original family items and furnishings and dressed up for the holidays. The 60-minute guided tour is an informed, intelligent glimpse into how the Ramseys and their friends, neighbors and servants prepared for and celebrated the season. Tours start on the half-hour. FMI and tickets ($11/9/7; $3 MNHS member discount). 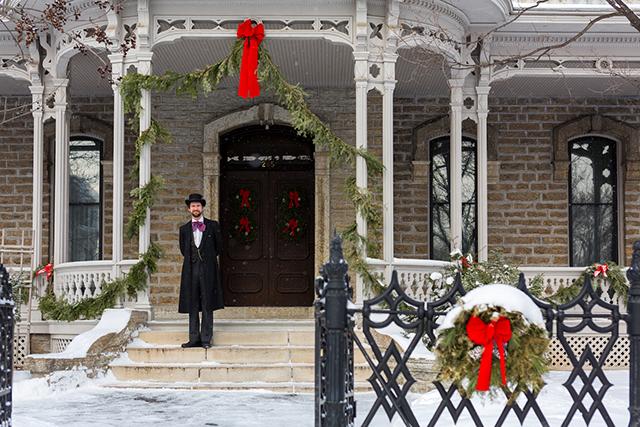 Now at Open Eye Theatre: Bradley Greenwald’s “The Longest Night.” Next Wednesday, Dec. 21, is the Winter Solstice – the longest night of the year, coupled with the “nastiest, blastiest, gloomiest, tombiest” shortest day. A marvelous singer and actor, Greenwald invites us to celebrate and embrace winter, the holidays and “hell-idays” in this program of songs by Rodgers and Hart, Leonard Cohen, Purcell, Bach, Sting, Peter Mayer, Dar Williams and more, linked by inspiring and humorous prose. Nothing against the big holiday plays, musicals and concerts, but sometimes what you need is an evening with Greenwald and pianist Sonja Thompson in the intimate, cozy and kind of magical Open Eye. For ages 10 and up. 7:30 p.m. tonight through Saturday, 4 p.m. Sunday. Continues through Dec. 23. FMI and tickets ($22/24/26).

Sunday at the Dakota: The Peterson Family: “ ’Twas the Jam Before Christmas.” The 30th anniversary get-together of Minnesota’s First Family of Music is truly a family affair, with Linda, Billy, Ricky, Patty and St. Paul Peterson and, bringing in the third generation, Jason Peterson DeLaire. It’s always a swinging, jazzy good time, and so popular the Dakota keeps adding shows. 2:30, 6 and 8 p.m. FMI and tickets ($25).