Five ideas to make St. Paul a more vibrant place to live and work have been named Knight Cities Challenge finalists. This puts them in the running for part of up to $5 million to be shared among the winners, which will be announced in spring 2017.

The five St. Paul finalists are among 144 chosen from more than 4,500 applicants and spread out over the 26 communities where Knight invests, all cities where the Knight family once published newspapers. The Pioneer Press was formerly a Knight Ridder paper.

Black Market MN, submitted by Tana Hargest: Advancing a deeper awareness of black creativity and culture with a digital directory of black artists and organizations. The project aims to better connect the black creative community with other civic and public organizations interested in diversifying their boards, staff, vendors and programming.

Sharing Pop-up Meetings with the People by City of St. Paul, submitted by Catherine Penkert: Creating a suite of fun civic engagement tools that give St. Paul residents the power to design their own community meetings.

Knight also funds the Knight Arts Challenge, which is often mentioned in this column. Most Knight-funded projects come through open challenges through which almost anyone can submit an idea.

There will be movies after all at MOA

Late December, just before Christmas, brought the news that the Mall of America would be closing its 14-screen movie theater on Dec. 28. In its place would go “a new, first-to-market entertainment venue.” Whatever that meant. It sounded dumb. A mall the size of MOA with no movie theater?

Turns out the “new entertainment venue” meant “new movie theater,” and “first-to-market” meant CMX, a subsidiary of the huge Cinemex chain that has not yet put its foot in the Midwest. 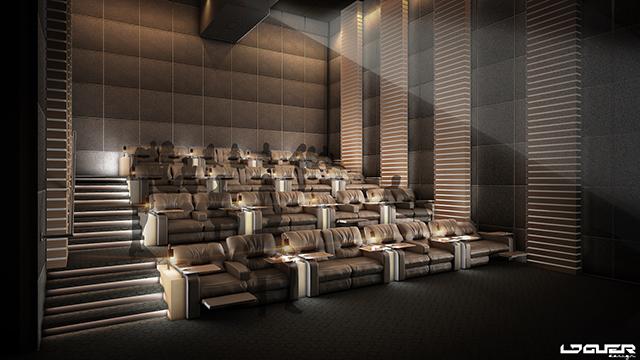 Courtesy of the Mall of America
A CMX screening room

The CMX will occupy 64,000 square feet on level 4, with 14 screens and 1,104 seats. And not just any seats. Oversized full recliners with swivel tables, dim LEDs and storage compartments for purses and shopping bags. The theaters will feature new audio technology, high-end décor, gourmet dining options and the latest must in movie-going, hand-crafted cocktails. You’ll be able to order food (or movie tickets) with an app on your phone. We hope you’ll do all that before the movie starts.

Tonight (Thursday, Jan. 19) at the Merriam Park Library: “Sonia.” The Friends of the Saint Paul Public Library’s Women’s Human Rights Film Series starts its spring 2017 season with a film about an Afghan teen in Tehran who dreams of being a famous rapper. But Iran’s government doesn’t allow girls to sing in public, and her family expects her to become a teenage bride. 6:30 p.m. Free.

Tonight at the M: Opening reception for “Ken Gonzales-Day: Shadowlands.” First, if you haven’t heard, the Minnesota Museum of American Art wants everyone to start calling it the M. Not the Minnesota Museum of American Art, not MMAA, not em-em-aye-aye, not m-m-aah, just the M. We will try. Second, a must-see exhibition opens tonight, the first one-person show in the Upper Midwest by L.A.-based artist Gonzales-Day, whose photographs are inspired by the history of lynching in California. With his art and his research, Gonzales-Day is illuminating the history of racialized violence in America from 1850 to the present, and drawing parallels between historical lynchings and high-profile cases of police brutality today. We grieve to call this good timing, so let’s just call it timely. We’ll see it and report back. There’s a public reception from 7-9 p.m. tonight, where Gonzales-Day will give a short talk at 7:30. A full program of lectures and conversations with the artist, curator Christopher Atkins and community leaders will run through April 2017, starting with Friday’s artist talk at 7 p.m. All free. P.S. On Wednesday, the M announced that it has received a $25,000 Art Works grant from the NEA in support of this exhibition.

Tonight through Saturday at the Walker: Okwui Okpokwasili, “Poor People’s TV Room.” The Walker’s annual Out There festival has been outstanding so far, with the first two weekends – Andrew Schneider’s “YOUARENOWHERE” and Fay Driscoll’s “Thank You For Coming: Play” – both winning raves (the Schneider was brilliant). No reason to think that won’t continue with Okpokwasili, a Bessie Award-winning artist who mixes movement, song, video and text to explore the Nigerian women’s resistance movements of the past century. In the McGuire Theater. 8 p.m. all nights. FMI and tickets ($25/$20 Walker members).

Opens Saturday at the American Swedish Institute: “Migration, Identity and Belonging.” An ambitious suite of five exhibitions continues ASI’s commitment, in the words of president and CEO Bruce Karstadt, “to be a gathering place for all people to connect their pasts to a shared future and to understand their heritage in relationship to others.” ASI’s founders came here as immigrants, and no one there has forgotten that. The centerpiece of “Migration, Identity and Belonging” is “Where the Children Sleep,” 22 photographs by Swedish photographer Magnus Wennman of refugee children in the Middle East and Europe fleeing the conflict in Syria. A “Swede Hollow” exhibition looks at a fictitious group of Swedish immigrants who lived in St. Paul’s Swede Hollow in the winter of 1897, drawing on Ola Larsmo’s historical novel “Swede Hollow.” A “Green Card Voices” exhibit uses video storytelling to present experiences of contemporary immigrants from the Nordic countries. “The Stories They Told” features flat plane wood carving, a Nordic folk art that tells social and cultural stories. Finally, “Cows Can Dream,” inspired by a children’s book, is a play environment in the Family Gallery. All run through March 5. There’s a preview party Friday from 7-10:30 p.m., with lots of special events and activities. FMI and tickets ($20/$15 members).

Sunday at the Playwrights’ Center: Stuart Pimsler: “At It Again: The Need to Perform Philip Roth.” Rimon Artist Salon, a program of the Minneapolis Jewish Federation, is presenting this program, so it won’t only be a performance, but a performance followed by a discussion with director Hayley Finn. You’ll leave with more understanding and insight into choreographer and dancer Pimsler’s solo homage to the award-winning Jewish-American author (“Goodbye, Columbus,” “Portnoy’s Complaint”), his own attraction to Roth’s work, and his need to perform a solo piece that combines his art with Roth’s in a conversation. 7 p.m. FMI and tickets (a donation to support Rimon). 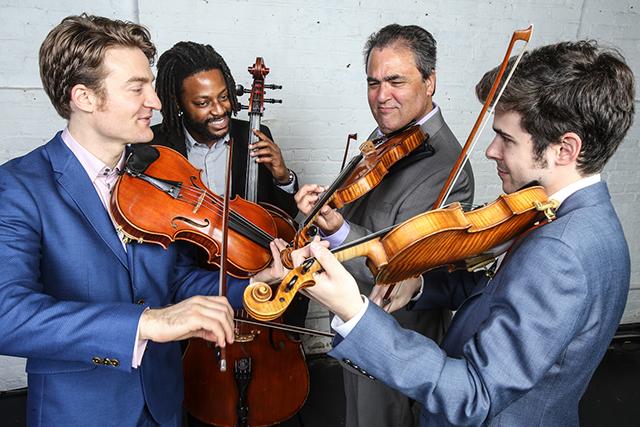 Monday at the Dakota: Turtle Island Quartet: “A Love Supreme.” Turtle Island violinist David Balakrishnan’s arrangement of John Coltrane’s four-part masterpiece won a 2008 Grammy for Best Classical Crossover Album. We heard part of it when the quartet came through town in 2007 with music writer Alex Ross and have listened to the CD many times since. “A Love Supreme” is only about a half-hour long, so the CD and the performance include arrangements of other jazz classics by Miles Davis, Horace Silver and Lee Konitz, plus selections from Balakrishnan’s latest work, “Aeroelasticity: Harmonies of Impermanence.” BTW Turtle Island is a string quartet that swings and improvises. 7 and 9 p.m. FMI and tickets ($25-45).

5 ideas for St. Paul are Knight Cities finalists; movies at MOA after all