Forecast Public Art ended 2016 by awarding more than $92,000 in grants to Minnesota-based artists. Funded by the McKnight and Jerome Foundations, St. Paul’s Cultural STAR and Lowertown Future Fund, the grants will support the work of a dozen artists.

Mid-Career Professional Development Grants of $5,000 went to Moheb Soliman and Works Progress (Shanai Matteson and Colin Kloecker). Soliman will begin research and development for a “poem of sublime proportions” circling the Great Lakes: more than 50 site-specific, landscape-based sculptures, each featuring a line of poetry, in more than 50 shoreline locations. Matteson and Kloecker will work toward sustainability of their Water Bar public art project and a related “public studio” practice.

Making It Public grants of $1,500-$2,500 will help artists Julie Benda, Deborah Elias and Mary Jane Mansfield bring their projects into the public art sphere during Northern Spark and the Lowertown Art Crawl.

Based in St. Paul, with a global reach, Forecast is one of the nation’s top nonprofits dedicated to advancing the field of public art. It works with communities to plan and bring public art projects to life; supports artists with grants, professional development and technical assistance; offers a K-12 education program, Public Art in the Schools; and publishes the biannual Public Art Review.

An award-winning American composer praised for his “hauntingly lovely and deeply personal” music will work closely with the Saint Paul Chamber Orchestra over the next three years, on many levels. Beyond being a visiting artist, Lembit Beecher will be embedded within the orchestra in ways that foster collaboration and creativity, taking part in its operations, programming and curatorial decisions and community activities. 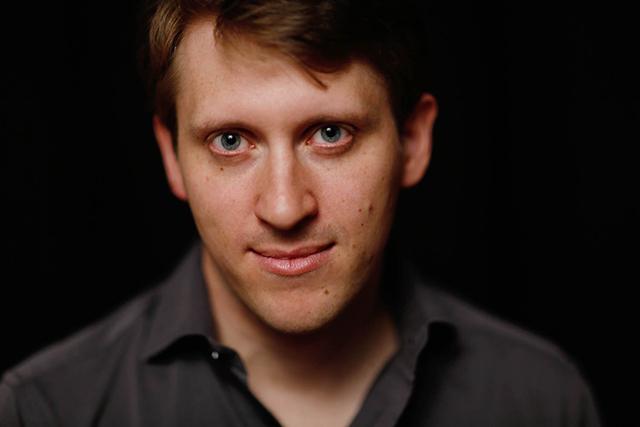 Beecher and the SPCO are one of just five composer-and-orchestra pairs chosen to participate in a new iteration of “Music Alive,” a national program of the League of American Orchestras and New Music USA. The program was reimagined after an extensive survey and a 2015 convening hosted by the Andrew W. Mellon Foundation. In the Twin Cities, Mellon has also supported playwrights-in-residence at Pillsbury House, Mixed Blood and Ten Thousand Things.

Kyu-Young Kim, the SPCO’s artistic director and principal violin, said in a statement that the orchestra’s artistic vision committee “felt a strong emotional connection to Lembit’s music and his ability to weave stories and larger themes into his compositions.” He praised Beecher’s “deep understanding of the chamber music sensibility and his gift for getting straight to the heart of the stories that he tells with his music.” Kim believes the residency “will enable the SPCO to tell the stories of the Twin Cities community in distinctive and transformational ways.”

Friday at the Woman’s Club: “Folk Landscapes.” The Lakes Area Music Festival (LAMF) takes place each summer in Brainerd, but it doesn’t crawl into a cave and hibernate during the winter months. Nor does it stay put in Brainerd. At the Woman’s Club of Minneapolis, violinist Francesca Anderegg, cellist (and LAMF’s co-founding artistic and executive director) Scott Lykins and pianist Tanya Gabrielian will play a program of music by Haydn, Cesar Guerra-Piexe, George Gershwin (“3 Preludes,” arranged by Heifitz), Bartók and Dvorák. 7 p.m. Free; donations accepted. Also 2 p.m. Sunday at the Lutheran Church of the Cross in Nisswa. 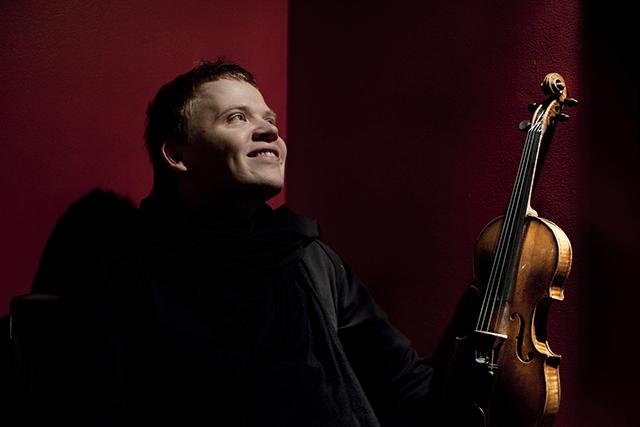 Friday through Sunday: The SPCO with Pekka Kuusisto: Time Machine. The dazzling Finnish violinist and director enjoys a close relationship with both of our orchestras. He joined the Minnesota Orchestra for its successful European tour in August, and he’s here this weekend in his role as artistic partner with the SPCO. We’re pumped about the program, a playful and virtuosic exploration of time through works by Haydn (Symphony No. 101, “The Clock”), Purcell (Chacony in G minor), Kreisler (Violin Concerto in C, in the style of Vivaldi), Respighi (“Ancient Airs and Dances,” Suite III) and Prokofiev (Symphony No. 1, “Classical”). Friday (11 a.m. and 8 p.m.) and Saturday (8 p.m.) at the Ordway Concert Hall, Sunday (2 p.m.) at Bethel’s Benson Great Hall. FMI and tickets ($10-50; kids and students free).

Opens Saturday at the Lab Theater: “Liberty Falls, 54321.” The return of The Moving Company’s original operatic comedy, “loaded with lots of laughs, lots of singing & a little dancing,” first seen at the Lab in late 2015 during a very limited run. (It’s settling in for longer this time around.) Dominique Serrand directs, with Heidi Bakke, Christina Baldwin, Nathan Keepers, Jennifer Baldwin Peden, Dom Wooten, and Steven Epp as a 105-year-old woman. Also at the Lab for the duration of “Liberty Falls”: a show of work by award-winning cartoonist Jerry Van Amerongen, who will be there on opening night. 7:30 p.m. FMI and tickets ($32, $20 under 25). Ends Feb. 5.

Best-selling author Paul Auster (“Winter Journal,” “Sunset Park,” “Invisible,” “The Book of Illusions,” “The New York Trilogy”) is out with his latest, “4 3 2 1,” about a man who leads four parallel lives. And best-selling, MacArthur “genius” award-winning short-story writer George Saunders (“CivilWarLand in Bad Decline,” “Pastoralia,” “In Persuasion Nation,” “Tenth of December”) is out with his first novel, “Lincoln in the Bardo,” which finds our 16th president visiting his son in the Tibetan netherworld and mulling over how to manage the Civil War. Rain Taxi will bring them both to the Twin Cities this spring. An Evening with Paul Auster: Wednesday, Feb. 15, 7 p.m., Kagin Commons at Macalester College. FMI and tickets ($5). An Evening with George Saunders: Wednesday, March 1, 7 p.m. at the Parkway Theater. FMI and tickets ($35; includes a signed copy of “Lincoln in the Bardo”).