TPT’s award-winning arts and culture series, “MN Original,” starts its eighth season this Sunday, Jan. 22. A weekly visit with all kinds of artists in and around the Twin Cities, it inspires and demystifies. We see artists at work, hear them speak, learn something about their lives and get a sense of who they are as people. Why and how do they do what they do? What’s it like to be a musician, a dancer, a painter, a potter, an actor, a composer, an Instagram photographer, a puppeteer? Warm, upbeat and entertaining, “MN Original” is all about the arts, but it’s never stuck-up. That wouldn’t be very Minnesotan.

The first episode was broadcast on April 22, 2010. To date, there are 170 half-hour programs. Nearly 600 Minnesota artists have been featured; thousands have appeared. The series has won 40 Upper Midwest Regional Emmys, including seven in 2016 for excellence in television programming. It’s a beautifully produced, instantly accessible and free to all library of hundreds of shorts documenting the diversity of the arts and culture in our state. Every episode, every segment is viewable 24/7 on the series’ website, and most are on its YouTube channel. New episodes are posted on the website before they are broadcast.

Late last week, we spoke with “MN Original” Executive Producer Ashleigh Rowe about the series, what’s new this year, and the future. “MN Original” is entirely Legacy funded. As such, it’s responsible for serving Minnesotans, and for proving that it does.

The program’s reach has expanded considerably in the past year. Since May 2016, “MN Original” has been distributed by American Public Television, with a potential audience of more than 10 million households outside Minnesota. As of January 2017, it’s also being broadcast by PBS’ WORLD channel, airing on 195 public television stations in 37 states and available to more than 75 million households. Rowe calls this “a tremendous boost to the nationwide availability of ‘MN Original.’”

In 1973, a TIME magazine cover featuring then-Minnesota Gov. Wendell Anderson and the words “The Good Life in Minnesota” changed a lot of people’s minds about our frozen flyover state. Maybe “MN Original” can do the same. 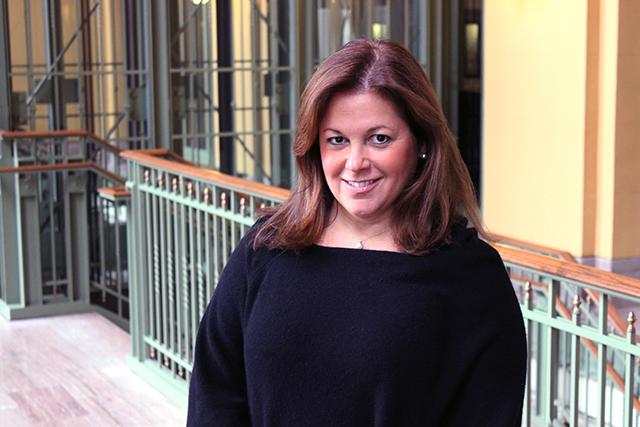 If you’re an artist and you think that appearing on “MN Original” would be a good thing, you’re right. Rowe explained, “When we select an artist to appear on ‘MN Original,’ we partner with them and say, ‘Let’s work together on telling the best story we can, and also work together to bring visibility to the piece.’ Once a show has aired or been released online, we’ll ask the artists if they’ve seen any increase in traffic or interest, sold more work, or gotten more bookings. The information we’re getting is absolutely positive. We know people are selling more work and being booked for more shows as a result of having appeared on ‘MN Original.’ ”

Last season, “MN Original” partnered for the first time with McNally Smith College of Music, whose students contributed original music to the series. That worked so well they’re doing it again. New this year: a partnership with St. Paul Public Schools, teaching digital storytelling techniques and helping students connect with “MN Original” artists. Teachers already turn to “MN Original” for content they can use in their classrooms. Many “MN Original” segments are available on PBS Learning Media, with 2 million registered teachers and users.

Also new this year: the first “MN Original” documentary. TPT has commissioned the Telling Project, a national performing arts nonprofit that uses theater to deepen understanding of veterans’ experience, to work with local Vietnam and Hmong veterans. “The Telling Project will create a performance around these veterans and their stories, and we’ll have the performance at TPT. We’ll create a documentary that will complement the new Ken Burns ‘Vietnam War’ series that will premiere in September on PBS.” For Minnesota viewers, it will bring the Ken Burns series home.

Over the years, “MN Original” has evolved to include more storytelling and less focus on the artists’ process, though process will always be part of the mix. In season eight, we’ll see more artists out and about in the communities where they live and work. “We visit places and spaces with our artists where they are connecting with friends, family and others in the community,” Rowe said. “We see more how they are woven into the fabric of our communities.”

When TPT goes before the Legislature later this year for refunding, it will face a different legislature from the one it has worked with before. Also, sales tax revenues are down, so Legacy dollars are fewer. Are there concerns about continued funding or the future of “MN Original”?

“We have been collecting data for our annual report, which is required,” Rowe said. “We have data on how many hours of videos we have produced, how many artists we have featured, how many viewers around the country have seen the work, how many online impressions and video views there have been. The numbers are staggering. We’re excited to share what we’ve accomplished with the new legislature, and the incredible work that’s been done at TPT and across the state. We think there’s value to the work we do, and we hope the legislature feels the same.” 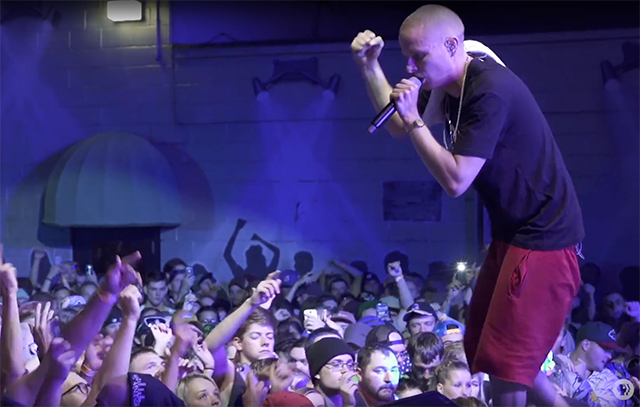 There’s evidence that “MN Original” has an impact beyond Minnesota’s borders. Last year it ran a story about Giving Voice Chorus, one of the nation’s first choirs for people living with Alzheimers. “PBS shared it on Facebook,” Rowe said, “and tens of thousands joined the online conversation. People from around the world reached out, asking how to start a choir in their own communities. One arts programmer from Vancouver saw the piece, visited the chorus, and was so inspired he created an Alzheimers chorus in Canada, which is set to debut in February 2017.”

Season eight of “MN Original” will include 14 episodes and feature nearly 60 new stories. In the first episode, which premieres Sunday on TPT at 6 and 10 p.m., we meet Instagram photographer Eric Mueller, whose encounter with a photograph of his birth mother – he was adopted as a baby – sparks a new project. Often in “MN Original” episodes, artists share insights that double as good advice. Mueller says, “As an artist, you don’t always know where you’re going to end up. That’s terrifying sometimes, but if you keep going, I think you’ll find you’ll either end up in the right place, or you’ll end up somewhere that leads you to the right place.” 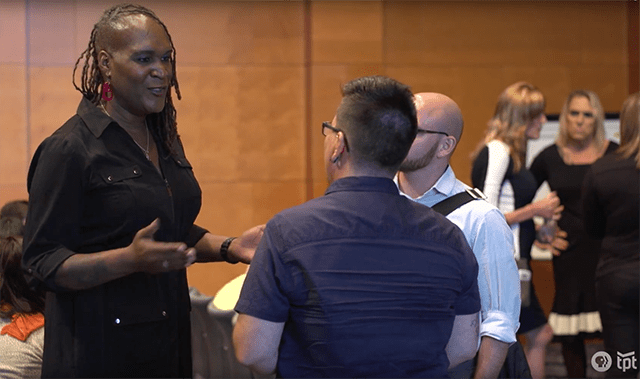 Courtesy of MN Original
Andrea Jenkins at a conference at Mia

Poet, oral historian and transgender activist Andrea Jenkins, who in December announced her candidacy for Minneapolis City Council, talks about the first time she heard poetry as a child. Her friend, photographer Wing Young Huie, who has been featured in two “MN Original” episodes, considers Jenkins an icon and a pioneer. “I think the function of art in community and society is to inspire people to become more interested and engaged in issues of our time,” Jenkins says. Art has “a broader ability to connect to the human soul in ways that  a protest slogan or march or sit-in doesn’t possess. That’s the power of art in activism.”

Hip hop artist Prof recalls how growing up around the Powderhorn neighborhood influenced his whole life – “all my understanding of personal relationships, music, art, everything.” His mom, Colleen, shares the (probably embarrassing to him) fact that as a child, he did a great Elvis imitation. We see him shoot hoops in Powderhorn Park and work on a new tune at home, adding words and melody to beats, deciding what he wants it all to mean. He records in a studio he helped build. To Prof, “The creative process is one of the best things in the world.”