The Science Museum of Minnesota has a brand-new, 6,000-foot permanent exhibit with large-scale interactives and big potential to please sports fans of all ages. A deep dive (sorry) into the science and biomechanics of many kinds of sports, from baseball to gymnastics, “Sportsology” is full of things to see, do, explore, and learn about the body in motion, including your own.

What does it take to throw a football, complete a goal kick or do a cartwheel? Use a high-speed camera to record yourself, then play the footage in slow-mo and compare it to similar footage of pros including Twins infielder Joe Maurer, Lynx guard Lindsay Whalen, Gopher gymnast Abby DeMuse and dancer Alanna Morris-Van Tassel. How would you do in a race against Christen Press of the U.S. Women’s National Soccer Team, Vikings wide receiver Adam Thielen, Wild center Erik Haula, Twins mascot T.C. Bear or (yikes) a T-rex? Find out by racing alongside them at the 40-foot running wall. Or practice your high jumps, then measure them against other visitors and some of the world’s most famous basketball players. These are full-body activities, and kids are going to love them so much, especially during the winter.

Based in part on a similar (and very popular) exhibit the Science Museum designed for the Perot Museum of Nature and Science in Dallas, “Sportsology” also features 20 multimedia stations on topics like reaction time, hand-eye coordination, jumping, balance, nutrition, sports psychology and the science of concussions. Some 40 artifacts from the museum’s scientific collection – atlatls, lacrosse sticks, bows and arrows, Tchungkee stones – nod to the history and importance of sports in cultures around the world.

Located where the Experiment Gallery used to be, “Sportsology” is the first major renovation to the Science Museum’s permanent exhibit galleries since 1999, when the riverfront location opened. Don’t worry; favorites from the Experiment Gallery (like the tornado, Bernoulli blower, and Activity Station) have been moved elsewhere. It’s also the first major exhibit initiative since Alison Rempel Brown became the SMM’s 16th president and CEO in March 2016.

“Sportsology” opens to the public tomorrow (Friday, Jan. 6). A grand opening Saturday from 10 a.m. to 2 p.m. will ramp up the fun with face painting, chances to speak with wellness experts from HealthPartners, and appearances by Goldy Gopher, T.C. Bear and local athletes. Admission is included in regular exhibit gallery admission ($18.95 adults, $12.95 kids 4-12 and seniors).

Nearly 20 musicians, most from the SPCO and the Minnesota Orchestra, will donate their time and considerable talents for a concert on Martin Luther King Jr. Day (Monday, Jan. 16) to benefit the ACLU of Minnesota.

“This is a statement about the importance of inclusion and equality in our community,” violinist and Minnesota Orchestra Concertmaster Erin Keefe said in a statement. “It’s all hands on deck to make sure we preserve civil liberties for all.”

The “Unity Through Music” concert will include works by African-American composers William Grant Still (“Miniatures for Woodwind Quintet”), T.J. Anderson (“Bridging and Branching”) and Adolphus Hailstork (“3 Spirituals”), and music by Judd Greenstein (“In Teaching Others, We Teach Ourselves”), David Schiff (“After Hours”) and Julius Weissenborn (“Trio”).

ACLU-MN board chair Bill Pentelevich will give the introduction. The concert will take place at 7:30 p.m. at St. Anthony Park United Church of Christ, the same lovely but small church that hosts the Schubert Club’s Music in the Park series. So seating really is limited. FMI and tickets ($30). 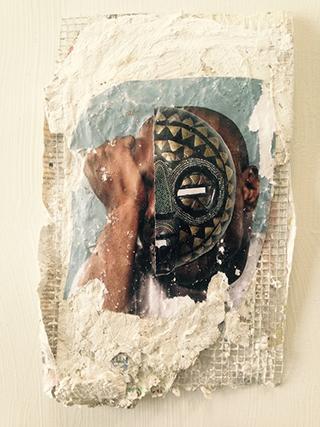 Saturday at Flow Art Space: Opening reception for “Heart and Soul: Portraiture and the Body.” Twenty-three pieces – paintings, photographs, drawings, mixed-media works, and sculpture – by 18 artists working in 10 states. 2-4 p.m. Ends Jan. 28. Exhibition hours here. This is the first of two final shows at Flow, which was founded five years (and 50 exhibitions) ago by Melissa May Metzler. She’s moving to Salt Lake City because of her husband’s job transfer. The final show, an exhibition of paintings and works on paper by Harold Sizla, opens Feb. 1, with a reception Feb. 3 from 5-9. That show will be a benefit for Alliance Housing.

Sunday at the Ordway Music Theater: Gil Shaham. Let’s just say that an all-Bach program by a violinist known for his warmth, generous spirit and “a special kind of humanism,” not to mention his dozens of recordings, multiple Grammys and acclaimed performances on the world’s stages, sounds like the best possible way to spend a Sunday afternoon. 3 p.m. Come an hour early for a pre-concert talk with David Evan Thomas. This is part of the Schubert Club’s International Artists Series. FMI and tickets ($30-69).

Sunday at Common Good Books: A program on F. Scott Fitzgerald’s “A Diamond as Big as the Ritz.” Not just another tale of Jazz Age decadence, this surrealistic, dystopic story about extreme wealth and absolute power was written in St. Paul but might have been inspired by events in Frontenac. Author and Fitzgerald scholar David Page will talk about that and answer questions in this program presented by the nonprofit Fitzgerald in Saint Paul. 4 p.m. Free and open to the public.

Monday and Tuesday at the Playwrights’ Center: Free public reading of “Queens” by Martyna Majok. The Ruth Easton New Play Series continues with a work-in-progress by core writer Majok (my-OAK), a Polish-born playwright whose “Ironbound” won the Helen Hayes Award for Outstanding Original Play. In “Queens,” the lives of two generations of immigrant women collide in a series of small apartments. Majok came to the U.S. as a child and grew up in a large immigrant neighborhood. Dana Taymore directs the reading; the cast is Thallis Santesteban, Emily Gunyou Halaas, Annie Purcell, Annelyse Ahmad, Jodi Kellogg, Tracey Maloney and Charlotte Calvert. 7 p.m. FMI and reservations.

A soul diva, the Godmother of Soul and a class act, Patti LaBelle is known and loved for her command of a song – and her sweet potato pie, which almost broke the Internet in 2015. At 73, she still has it; a recent reviewer noted that she “came out like a steamroller … clad in a slinky shimmy dress and bright blue nails.” She’ll be at the State Theatre for one night only. FMI and tickets ($56.50-104). Buy in person at the box office, save on fees.