Happy New Year all around. We’re resolved to make the very best of it, arts-and-culture-wise, by attending as many events as we can, broadening our scope and paying even closer attention. We’re going to sharpen our curatorial skills (Artscape’s picks are not calendar listings, but choices we think are worth your time, attention and money, where money is involved, although sometimes, we confess, they’re just kind of quirky). And we’ll keep our eyes and ears open even wider for news and events that reflect, address and respond to our particular zeitgeist.

Whatever side you’re on, these are not normal times, and a lot of people are feeling wary and scared. We fully expect artists to do what they’ve always done, even at their peril: speak up, stick their necks out, raise a fuss and keep us honest. In the words of Chinese dissident artist Ai Weiwei, “All artists are activists to some degree. … You cannot divide aesthetics from basic human struggle.”

Not everyone agrees that all artists are activists; not every artist wants to be an activist, or to be labeled an activist. But positive activism is the point of “This Machine,” a collection of public, site-specific performances scheduled for Presidents’ Day (Monday, Feb. 20) that will begin in various locations around the Twin Cities, move onto public transit lines and end at the Red Stag with an evening of performance, conversation, and shared food and drink.

“This Machine” is associated with Bad and Nasty, a loose-knit coalition of artists, activists and others behind “Not MY President’s Day,” a series of DIY performance events currently taking shape across the U.S. and around the world. “The Machine” was kicked off by choreographer Sally Rousse and multimedia artist Jess Kiel-Wornson. A call has been issued for artists and organizers – performers, thinkers and makers of all kinds. Here’s the Facebook page, which will have the latest news.

It took more than three years and $310 million, but the Minnesota State Capitol restoration is complete, and as the 2017 legislative session begins, you can see it for yourself, from the restored and repaired exterior marble to the newly uncovered and restored skylights, the historically accurate glass-front elevators, the decorative stencil work restored to its original patterns and colors, new public gathering spaces, a new Minnesota Historical Society information and tour center — and some of the art.

Not all of the art is in place, and some of it won’t return. Certain paintings became controversial in the years since the Capitol was built in 1905. It was up to the Minnesota Historical Society to decide what stayed and what didn’t.

All 38 of the governors’ portraits were formerly on display. Starting soon and going forward, these will be grouped with more interpretation and rotated. The six Civil War paintings in the governor’s reception room and anteroom will be reinstalled in early 2017. “Father Hennepin at the Falls of St. Anthony” and “The Treaty of Traverse de Sioux,” formerly in the reception room, will be relocated and “interpreted more robustly,” placing them in historical context and including the perspectives of American Indians and others. “Attack on New Ulm” and “Eighth Minnesota at the Battle of Ta-Ha-Kouty” will be removed from exhibition at the Capitol.

Nearly 60 paintings were cleaned, in-painted and varnished by a team of professional conservators. Some needed more serious repair, and some had to be reattached to newly plastered walls. The Quadriga sculpture on the roof was cleaned, repaired and regilded.

A free Grand Opening is scheduled for Aug. 11-13. We’ll share details about that in early August.

Tonight (Tuesday, Jan. 3) and tomorrow at Crooners: Dick Oatts Quartet. Born in Iowa, saxophonist Dick Oatts came to the Twin Cities in 1972 to begin his professional career, then moved to New York City in 1977. He became a member of the Thad Jones-Mel Lewis Orchestra and has since played with a long list of famous names: the Vanguard Jazz Orchestra, Eddie Gomez, Bob Brookmeyer, Fred Hersch, David Berkman, Terell Stafford, Lalo Schiffrin, Tito Puente, Tom Harrell, Paquito D’Rivera, Joe Lovano, Lester Bowie and we could go on. He’ll be joined by Bill Carrothers on piano, Billy Peterson on bass and Joe Pulice on drums. In the Dunsmore listening room. 7 and 9 p.m. both nights. FMI and tickets ($15/20; $45 dinner show at 7). 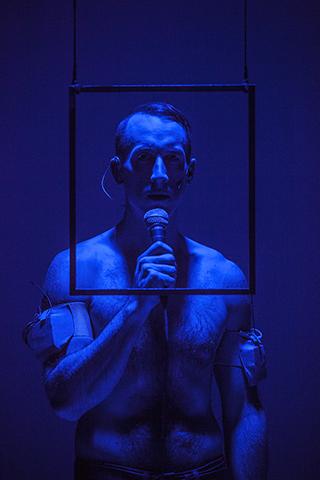 Starts tomorrow at the Walker: Out There 2017: A Festival of Performance Alternatives. Each year since 1989, the Walker has gone out on a limb and invited us to come along for a series of experimental theater and performance works. There are no guarantees. You might love something or hate it, and the person sitting next to you might feel the opposite. Which makes Out There a perfect jump-start to the year, a shake-up of expectations and perceptions, never dull if sometimes utterly mystifying. This Wednesday through Friday, Andrew Schneider performs his New York hit “YOUARENOWHERE,” a journey from physics lecture to pop culture and the 12 Steps, powered by visual and aural effects. 8 p.m. Wednesday-Friday, 2 and 8 p.m. Saturday. FMI and tickets ($28; $22.40 Walker members).

Opens Friday at Lyric Arts Main Street Stage in Anoka: “Silent Sky.” Anne Byrd directs the area premiere of Lauren Gunderson’s play about 19th-century astronomer Henrietta Leavitt, one of a group of women “computers” who worked at Harvard Observatory in the early 1900s, charting the stars for a male astronomer who took all the credit. 7:30 p.m. FMI and tickets ($16-30). Through Sunday, Jan. 22.

Friday through Sunday at the Children’s Theatre: “How to Have Fun in a Civil War.” In her 70-minute, one-act, one-woman multimedia play, Minnesota-based Somali playwright and performer Ifrah Mansour revisits her childhood memories during the 1991 Somali civil war; she was 7 years old at the time. She explores it from an idyllic viewpoint, confronting violent history with humor, layering multiple narratives from community interviews and giving the stories of children a voice. Mansour performed a short version of “How to Have Fun” at the State Fair in 2015 (and became the first Somali American artist ever to perform at the fair), then brought the longer one to CTC for two shows in October. If you missed it then, you can catch it this weekend. Ages 6 and up. On the Cohen Stage; enter through CTC’s stage door. Friday and Saturday at 7 p.m., Sunday at 3 p.m. FMI and tickets ($12.99).

Friday through Sunday at Walker West Music Academy: Doan Roessler, Etienne Lafrance, Maggie Hasspacher, Sandor Ostlund and Anthony Cox. Let’s just call this Bass Lovers’ Heaven. All of these musicians are bassists, and all are on the faculty of the Twin Cities Bass Camp, which is holding its Winter Weekend Workshop this weekend, so why not play some public concerts? Friday at 7 p.m.: Twin Cities-based Roessler will perform his own compositions and improvisations with saxophonist (and longtime musical partner) Nathan Hanson, and Quebec-based Lafrance will play his own compositions plus works by Ravel, Fauré, Telemann and Francois Rabbath. Saturday at 7 p.m.: Ann Arbor’s Hasspacher will play an original composition and music by Bach, Adolf Misek and Rebecca Saunders; Ostlund, of Waco, Texas, will play a set TBA. Sunday at 3:30 p.m.: Twin Cities-based Cox will perform with his trio featuring Brandon Wozniak (saxophone) and Dave King (drums). For each concert, there’s a suggested donation of $15 at the door.