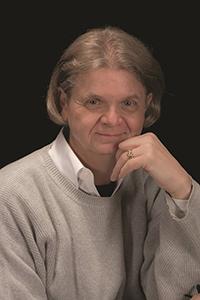 Park Square Theatre on Tuesday announced its 2017-18 season, with a few new twists. The announcement came earlier than usual; we normally hear in March what Park Square has planned for the coming year. It’s part of a new strategy that offers more flexibility to theatergoers. “My goal is to keep a year’s worth of work out there all the time,” Artistic Director Richard Cook said in conversation earlier this month. “And I don’t want to tell people when their year should start.”

Subscribers can keep subscribing the way they always have. But single tickets will go on sale in spring instead of summer (date TBA), and nonsubscribers can put together their own cost-saving packages at any time from whatever is on the menu, including shows from the current and coming seasons. “To the infrequent or nonsubscriber, the whole idea of when the season begins and ends is irrelevant,” Executive Director Michael-jon Pease explained. “If they want to do one show from this year and two from next year, now they can.” New productions will be announced at least twice each year instead of just once.

Audiences will have more to choose from – including Park Square’s popular student plays. Last year, more than 33,000 students attended weekday matinee performances at the theater. (Most theaters Park Square’s size have an annual student audience of 2,500-5,000.) Evening and weekend performances have been added for “The Diary of Anne Frank,” a perennial favorite.

As we’ve come to expect from Park Square, the 2017-18 season is varied and diverse. There are two new plays by women and two by artists of color, with many roles for artists of color. “With our newest programming,” Cook said in a statement, “we’re continuing an active search for theater that can unite us. … We hope to heal a little while we entertain a lot.”

Sept. 15-Oct. 22 on the Andy Boss Thrust Stage: Michele Riml’s “Henry and Alice: Into the Wild.” Canadian playwright Riml, whose “Sexy Laundry” was a Park Square audience hit in 2014, returns with another comedy about Henry and Alice, now middle-aged and facing financial uncertainty. “Laundry” was an American premiere and so is “Wild.” Mary M. Finnerty returns as director.

Oct. 13-Nov. 11 on the Proscenium Stage: Shakespeare’s “Hamlet.” A world premiere adaptation by Joel Sass, who will also direct. Not your grandfather’s “Hamlet,” this version will be shorter and speedier, set in a modern world with contemporary music and live video effects. It will also play to students.

Dec. 8-Jan. 7, 2018 on the Proscenium: Colman Domingo’s “Dot.” The Midwest premiere, hot off a hit New York run, of Domingo’s play about an upper-middle-class African American family in Philadelphia. Cook, who saw it at the Humana Festival, calls it “easy to love, deeply felt and uproariously funny.”

Jan. 19-Feb. 18 on the Boss: Hansol Jung’s “Cardboard Piano.” The Midwest premiere of an intense drama by a South Korean playwright set in Northern Uganda, this Humana Festival find explores intolerance, violence, love and forgiveness. This one’s not for the kids.

Feb. 9-March 25 on the Proscenium: Gilbert and Sullivan’s “The Pirates of Penzance.” Park Square’s first G&S, in a Midwest premiere conceived and directed by Doug Scholz-Carlson (“Johnny Baseball,” “Snow Queen,” “The Liar”).

Feb. 22-March 4 on the Boss: Lorraine Hansberry’s “A Raisin in the Sun.” Both general audiences and students were turned away during last year’s sold-out production. Here’s another chance to catch it. Six performances only, directed by Warren C. Bowles.

We’ve wondered what’s happening with Gremlin Theatre, which has been kind of quiet lately. They’ve been gearing up for a big announcement: they’re building a new performance space in St. Paul, in the Vandalia Tower complex.

Located just off I-94 at 550 Vandalia Street, within walking distance of the Green Line, the old King Koil mattress factory is already home to the Independent Film Project, the Saint Paul Neighborhood Network and many artists and performing arts groups.

Gremlin’s new space will include a 120-seat theatre with thrust stage. The seating will be no more than four rows deep so everyone is near the stage. Plans call for a new lobby and box office. The theatre will be fully wheelchair accessible.

Gremlin will stage full production seasons in its performance space and will also host other performing arts group to keep it open and active year-round.

This will be the third performance space Gremlin has built. Since closing their latest at 2400 University Ave. in St. Paul in 2013, they have moved around among the Minneapolis Theatre Garage, New Century Theater and other locations. Construction on the new space will begin in the spring.

Tonight (Wednesday, Jan. 25) at the American Swedish Institute: “Bikes vs. Cars.” Bikes haven’t yet won – they might never win – but they’re the heroes of Fredrik Gertten’s film about the activists who are fighting for better cities (meaning more bikes, fewer cars). Part of the ASI’s “Frozen in Film” winter film series, not to be confused with the St. Paul Frozen Film Festival that starts next week. 6:30 p.m. Free and open to the public. 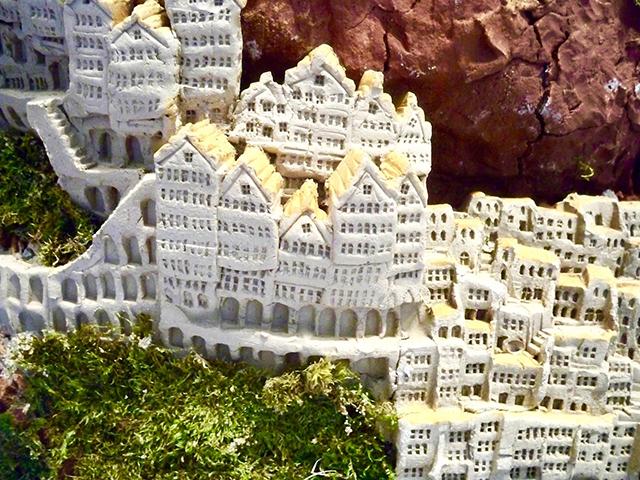 Courtesy of the artist
“Trumptopia” by Aldo Moroni

Tonight at Chindian Cafe: Opening reception for Aldo Moroni, “Forty Years.” Twin Cities-based artist Moroni’s drawings, paintings, and detailed clay sculptures – of buildings, towers, towns and whole cities – are based in history, with an emphasis on story. His garden sculptures are everywhere. His large-scale installations, which he calls “mock archaeology,” are public art and performance art. His next massive work, an openly political mountainscape titled “The Wrath of Vanity,” will take shape in Chindian’s gallery space and be under construction through Feb. 15, with Moroni working there most days and evenings. Ten feet long, four feet tall, it will feature hundreds of small-scale buildings and skyscrapers with names like “Frump Tower,” “Chump Tower” and “Grump Tower.” The show will also feature 40 works of art from throughout Moroni’s career including wall sconces and garden sculptures. 4-9 p.m. Courtesy appetizers, cash bar. 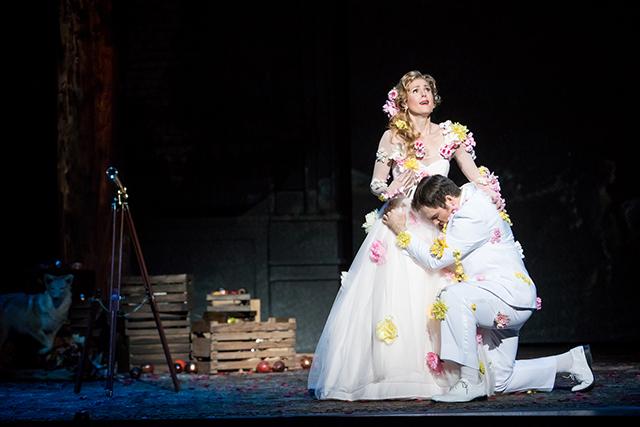 Thursday, Saturday and Sunday at the Ordway: “Diana’s Garden.” Peter Rothstein directs the Minnesota Opera production of a rediscovered comedy from Mozart’s era. (Which means this is probably one you haven’t seen or heard before.) With music by Vicente Martín y Soler and words by Lorenzo da Ponte (Mozart’s favorite librettist), it’s a farce full of playful music. Rothstein, a former Minnesota Opera chorister who also directed “Cosi fan tutte” (by Mozart and da Ponte) in 2011, sets “Diana’s Garden” in the 1950s and spices it up. Soprano Leah Partridge is the goddess Diana, tenor Alek Shrader the man she desires, although she’s devoted to chastity. It’s all the fault of Amore (mezzo-soprano Adriana Zabala). Michael Christie conducts 7:30 p.m. Thursday and Saturday, 2 p.m. Sunday. FMI and tickets ($25-200).

Friday at the Ordway: Somi. She has an exceptional voice, a natural elegance, and she can sing anything – jazz, pop, soul – in English and several African languages. She’s been called the modern Miriam Makeba and the new Nina Simone. Born in Illinois to Rwandan and Ugandan parents, Somi honored her father after he died by living in Lagos, Nigeria, for 18 months, soaking up the cultures and the energy, writing songs, making music. “The Lagos Music Salon,” her first album for Sony’s legacy OKeh label (which has signed a lot of talent since its relaunch a few short years ago) came out in 2014, and she’ll draw from that when she sings at the Ordway. We’ll also hear selections from her new album, “Petite Afrique,” due out in March. 7:30 p.m. FMI and tickets ($27-$37).

Friday at the Logan Recreation Center: Minneapolis Art Lending Library Lending Event. Would you like to borrow a print, a painting, a photograph or sculpture and take it home for about three months? Since its first opening in June 2013, the Minneapolis Art Lending Library (MALL) has been loaning art like libraries loan books, except you can keep it longer. MALL has borrowing events in the winter, spring, summer and fall, and the next one happens Friday at the rec center in Logan Park in Northeast Minneapolis. MALL recently partnered with the Minneapolis Parks and Recreation Board, so all four 2017 events will take place at recreation centers around the city. 5-8 p.m. FMI. Free, but donations are accepted.