A new film from TPT, produced in partnership with Ka Joog and the Somali Museum of Minnesota, explores the power of poetry in Somali culture. Somali wasn’t a written language until 1972, so poetry was communication. News was shared, history was recorded, values were affirmed, advice was given, stories were told, and conflicts were resolved using poetry. Laws took the form of poems.

In “Somalia: A Nation of Poets,” spoken word artist Hodan Ugas explains that in Somalia before the war, one of the worst things that could happen was for a poet to write a bad poem about you. “It was as close to assassination as possible,” she explains. Poetry spread quickly, and soon. Everyone knew what the poet had said.

Filmed in and around Cedar-Riverside, the Somali museum and the Southern Theater, the 30-minute film is a glimpse into some of the riches the Somalis have brought with them to Minnesota. No surprise, it features several poets: spoken word artist Abdi Phenomenal; poet and U of M instructor Said Salah Ahmed; poets Awil Ali Waarabe and Safiya Tusmo, who sing their poems in Somali, in the customary way (translations are provided). Hodan Ugas doesn’t think she can sing, and Somali is her third language, so she writes in English and speaks her poems.

A positive portrayal of a people and culture, “Somalia: A Nation of Poets” debuts on Sunday, Jan. 8 at 7 p.m. on TPT MN and airs four more times in January. Here’s the schedule. The video is not yet available for streaming but will be at a later date.

The two Minnesota Orchestra concerts set for Jan. 26 and 27 were supposed to be Sir Neville Marriner’s triumphant return to the orchestra he led as music director from 1979-86. With the maestro’s passing in October, the reason changed, but not the program.

In what will now be tribute concerts, former Minnesota Orchestra associate conductor Courtney Lewis will lead the same repertoire Marriner personally selected: Mendelssohn’s “The Hebrides” Overture, Beethoven’s First Symphony and Dvorák’s Eighth Symphony, where the second movement alludes to the funeral march of Beethoven’s “Eroica.” Marriner’s recordings with the Minnesota Orchestra of Dvorák’s final three symphonies are considered some of the finest made by the world’s most-recorded conductor. 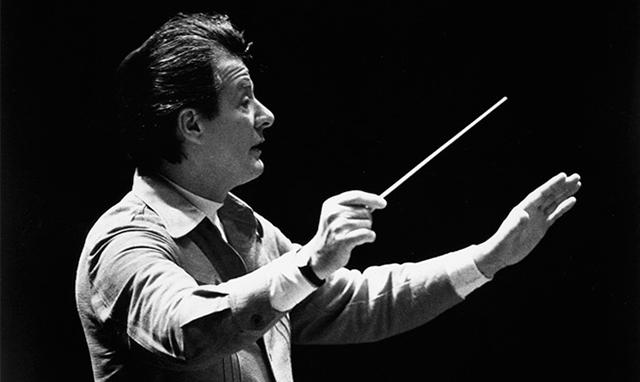 Whether you go Thursday morning or Friday evening, plan to arrive an hour early for the concert preview, “Remembering Sir Neville Marriner,” hosted by Philip Gainsley. Former orchestra president and CEO Richard Cisek, Life Board Member Luella Goldberg and music critic Michael Anthony will share their memories of working with Marriner during his tenure in Minnesota. Anthony’s article for MinnPost on Marriner’s Minnesota legacy is here.

How far will a mother go to protect her children? Filmmakers, activists and parents E.G. Bailey and Sha Cage ask that question in their short film “New Neighbors.” They’re going as far as Park City, Utah, later this month, where “New Neighbors” will premiere at the 2017 Sundance Film Festival. They describe their film as an “unapologetically black story” and “a nuanced approach to Black Lives Matter. A mother’s story.”

A Sundance screening is a big deal for their small company Tru Ruts / Foto Libre Films, and Bailey and Cage hope to bring a small team along. They’ve launched an Indiegogo campaign to raise funds for flights and lodging.

Submissions are now open for one of the nation’s largest annual regional literary prizes, the Lindquist & Vennum Prize for Poetry.

This will be the fifth year the Minneapolis law firm has worked in tandem with Milkweed Editions to stage a competition, give a $10,000 award and publish a book. Indian American poet and scholar Srikanth Reddy (“Facts for Visitors,” “Voyager”) will be the judge for the 2017 prize. The competition is open to poets residing in Minnesota, Iowa, Wisconsin, North Dakota and South Dakota. Manuscript submissions must be complete, previously unpublished book-length collections. Submissions are open through Feb. 15. There is no submission fee. FMI.

In October 2016, Lindquist & Vennum partnered with Duluth’s Holy Cow! Press on a $5,000-plus-publication First Fiction Prize. Submissions were due Dec. 1.

Today (Friday, Jan. 6) through Sunday at Saint Paul RiverCentre: Land O’Lakes Dog Show. Three days of barking, combing, clipping, fluffing, showing, judging, petting, shopping, demonstrations, and an expo, where you can learn about things like skijoring. If you’re a dog lover, you’ll be among friends. Tip: Take a 30-minute tour, available Saturday and Sunday between 10 a.m. and 2 p.m. Look for tour guides under the Meet the Breeds sign. FMI and tickets ($9 adults, $7 seniors, $5 ages 5-12, free 4 and under). Sorry, leave your dog(s) at home.

Friday and Sunday: Free screenings of “Composed.” John Beder’s documentary explores performance anxiety/stage fright through the lens of professional classical musicians, but it has helpful things to say to anyone who gets nervous when called on to perform. So it’s specifically about music, but it’s also about life skills. 78 min. 7:30 Friday at MacPhail, 1 p.m. Sunday at St. Paul Conservatory for the Performing Arts. Free and open to the public. No tickets required.

Saturday at Steppingstone Theatre: Theatre Unbound’s 24:00:00 Xtreme Theatre Smackdown. On Friday night, six pairs of writers (all female; Theatre Unbound is a women’s theater) will start to write six plays based on “ingredients” chosen through an online poll – things like an emotion, a line of dialogue, a prop and a stage direction which must be included in their scripts. On Saturday morning, the newly written scripts will be assigned to female directors, who will rehearse throughout the day. On Saturday night, we’ll get to see them. Will they be good? Bad? Both? In-between? Yes. Maybe. Who knows? This is the 16th year of what was formerly known as the 24-Hour Play Project. FMI and tickets ($15).

Sunday at TPT: “Sherlock” Episode 2 viewing party. The game is on, Series 4 of the public TV phenom “Sherlock” has begun, and star Benedict Cumberbatch has strongly hinted this will be his last, even though he’s directly related to Sir Arthur Conan Doyle (they’re 16th cousins twice removed, according to ancestry.com). Enjoy the second episode with other fans in TPT’s Street Space. Doors at 7 p.m., screening at 8. With a cash bar, photo booth, trivia, prizes, and popcorn. Free, but registration is required.

The Current turns 12 this year, though it seems like it’s been around a lot longer. Probably because it’s one of the buttons we hit most often on the car radio. It’s celebrating Current-style with parties at First Avenue, and the line-up, to be expected, is terrific: ZULUZULUU, Haley Bonar, Jeremy Messersmith, Black Market Brass and more. 7 p.m. Jan. 27 and 28. FMI and tickets ($20).