Back in the late 1970s, the writer James Baldwin started working on a book about Medgar Evers, Malcolm X and the Rev. Martin Luther King Jr., the slain civil rights leaders who had also been his close friends. He got as far as 30 pages of notes. Decades later, Baldwin’s sister, Gloria, gave them to the Haitian filmmaker Raoul Peck, who was working on a documentary about Baldwin.

Peck put Baldwin’s words into the mouth of actor Samuel L. Jackson and built his film around them, adding archival footage of Baldwin speaking, more words from Baldwin’s books, letters and essays, clips from Hollywood films and news footage past and present, from the civil rights movement to Ferguson. There are no talking heads or interviews with experts, just Baldwin’s words. Baldwin is credited as the writer of the film, which is not a courtesy but a fact.

An Oscar nominee for best documentary feature, “I Am Not Your Negro” opens tonight (Friday, Feb. 3) at the Lagoon, and everyone should see it. If only we could view it as purely historical, a shameful record of a time in our past when we were crazy. We can’t, of course, because (as Peck said in an interview), “Nothing has changed, basically.” That’s the depressing, infuriating truth of a film that shows us how far we haven’t come.

Peck seamed together a vast amount of material into a 95-minute cinematic essay on race relations, power, and white complacency. Parts are still profoundly shocking. Parts are prophetic, including Baldwin’s prediction that one day America would have “a Negro President.” Much feels grimly of the moment, words Baldwin could just as easily be speaking or writing today, were he still alive. (Baldwin died in France in 1987.) The film is infused with world-weariness, a same-as-it-ever-was hum. Buried within is a shred of hope; at one point, Baldwin says, “I am not a pessimist.” It’s amazing he said it then.

“I Am Not Your Negro” brings Baldwin back into the public awareness, which is a good thing. He was a powerful, eloquent writer who could “articulate the inarticulable,” as playwright Lorraine Hansberry said. He was not a bully or a shouter. Peck first read Baldwin’s “The Fire Next Time” as a teenager, and it changed and guided his life. He hopes young people today will pick up Baldwin’s books and start reading.

You might take a young person you know to this film. (It’s rated PG13 for language, which includes frequent uses of the N-word.) If you’re white, you will probably be uncomfortable, because often Baldwin will be speaking directly to you, across all those years. At another point in the film, he says, “If you don’t realize that this story is also yours … then there is no way things are going to change.”

On the diversity of ‘MN Original’

This week’s episode of “MN Original,” TPT’s arts and culture series, features a mixed-media artist, a husband-and-wife design team and a musician. The mixed-media artist is part Sicangu Lakota, part German, part Welsh and (her words) “possibly some other things.” The husband came to Minnesota from Laos when he was eight years old; the wife grew up on the Iron Range in a family of Finnish speakers. The musician is African-American and was born in the housing projects in North Minneapolis.

One thing you notice about “MN Original” is the diversity of the artists featured in the episodes. Then you kind of stop noticing because it’s just the way it is. Of course artists in Minnesota come from all kinds of backgrounds and ethnicities. Why wouldn’t they?

Mixed-media artist Dyani White Hawk calls her work “storied abstraction.” Western and Lakota traditions and practices meet in her paintings and beaded surfaces. She hopes they will connect us to each other and make us all “better relatives” to each other. Souliyahn Keobounpheng, house designer, and Tia Salmela Keobounpheng, jewelry designer, enjoy a life where work, home and family are fluid and intertwined. Davu Seru, a drummer, composer and improviser, discovered his own music the day he heard Prince’s “Purple Rain.” He’s also a literary scholar who studies African and African American culture.

Tune in to “MN Original” this weekend to learn more about all of these interesting people and their interesting art. The series airs Sunday night on TPT 2 at 6 p.m. and again at 10. You can also watch it online.

Opens tonight at the Guthrie: “The Royal Family.” The buzz about this is its star director, Rachel Chavkin, whose “The Great Comet” is this year’s hit Broadway musical. Set in the 1920s, George S. Kaufman and Edna Ferber’s comedy about a “Royal Family” of Broadway is loosely based on the Barrymores. 7:30 p.m. For more info and tickets ($34-$67). Ends March 19.

Saturday at Northern Clay Center: 9th Annual Chili Cook-Off. Who doesn’t love chili in the winter? Sign up to be a contestant or just show up to sample, vote, and collect recipes. Create and decorate your own chili bowl in NCC’s workshop area; shop for a new chili bowl (or whatever) in the sales gallery; meet and speak with featured artists Karin Kraemer, Monica Rudquist and Will Swanson. 1-5 p.m. $5 to eat, free to compete.

Starts Saturday at Crooners: “Saturday Salons: The Big Bang.” Classical chamber music comes to Crooners in a new series hosted by Maria Jette, a lyric soprano with a golden voice and delicious wit. The concerts will be held in the Steinway-equipped Dunsmore Room on Saturday afternoons, with daylight pouring through the floor-to-ceiling windows. The opener features Brahms’ delectable “Love Song Waltzes” (Liebeslieder, op. 52) plus solos, duets and quartets for four singers and two pianists. The singers are Jette, Victoria Vargas, Dan Dressen and Michael Jorgensen; the pianists are Mary Jo Gothmann and Tadeusz Majewski. 3 p.m. FMI and tickets ($20).

Opens Saturday at the Highland Park Community Center Theater: “The Whipping Man.” If you go to plays, chances are very good you’ve seen Sally Wingert in one or several roles. She has appeared in more than 80 plays at the Guthrie alone. This Minnesota Jewish Theatre production marks her debut as a director. Matthew Lopez’s post-Civil War play tells of a young Jewish Confederate soldier who returns home wounded to find his plantation home burned and his former slaves freed. 8 p.m. For more info and tickets ($20-27; $34 opening night). Ends Feb. 26. 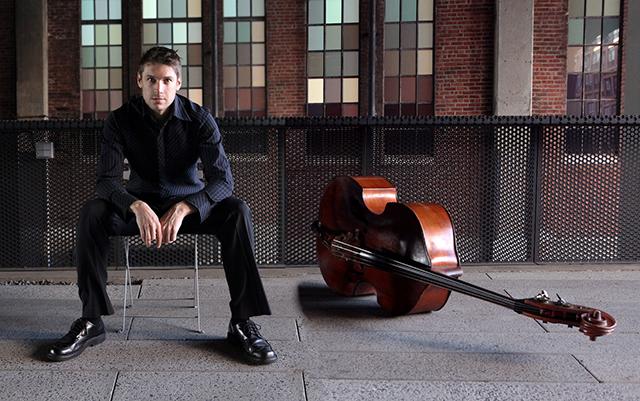 Saturday at the Black Dog: Ben Allison, Steve Cardenas, Allison Miller. It’s rare that the Black Dog hosts touring national jazz artists. Show up and let them know you think it’s a good idea. Bassist/composer Allison, guitarist Cardenas and drummer/composer Miller are all based in New York. Cardenas is a first-call sideman; both (Ben) Allison and (Allison) Miller lead several of their own groups and have recorded numerous albums. This is a big deal for the Dog. Atlantis Quartet opens at 7 p.m., with Allison, Cardenas and Miller scheduled to start at 8:30. Free; suggested donation $10 at the door.

Monday at Crooners: Bruce Barth. Another Big Apple-based national jazz act touches down in the Cities. Pianist/composer Barth has made several masterful albums of swinging standards and originals; it will be a real treat to hear him play the Steinway in the Dunsmore Room, Crooners’ designated listening room. He’ll be joined by drummer Montez Coleman and bassist Dave Baron. 7 p.m. For more info and tickets ($25).

On sale today (Friday, Feb. 3) at 10 a.m.: “Wicked.” The Broadway smash sold out four previous Minneapolis engagements. It returns in April for a five-week run, which sounds like a long time, but if you really want to see it, grab your tickets soon. For more info and tickets ($53-153). Buy at the State Theatre box office, save on fees.